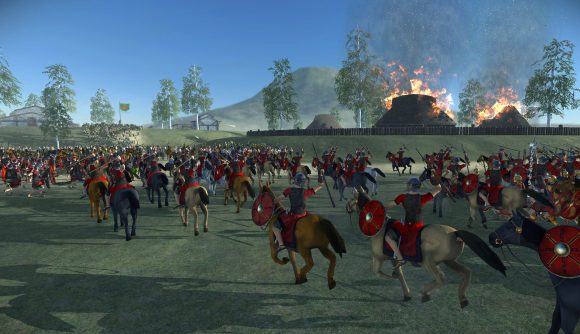 In the latest dev diary for Total War: ROME: The Board Game, publisher PSC Games has revealed more details about the gameplay and structure of the strategy board game. Recreating many of the mechanics that will be familiar to players of the original Rome: Total War, the game is split into five phases.

The meat of the game comes in the ‘campaigning phase’, in which you’ll be moving your armies and navies across the map to conquer new territories and battle opposing players. Players will take turns to move their military units, entering combat whenever two armies meet. However, in a simulation of the videogame’s seasons mechanic, the entire phase is divided in two: Spring Campaigning and Summer Campaigning. The idea is to let you manoeuvre your armies in the second phase, in response to the results of the first – whether that’s having another crack at a battle, or retreating to safety.

Similarly, you’ll also be able to move individual agents around the map to counter and disrupt enemy forces before reaching the battlefield. That involves striking up treaties and trade deals with opposing players, spying on armies to discover their unit composition, sparking riots to reduce the income of territories, bribing enemy forces to leave your lands, or gambling on (very risky) assassination attempts.

Finally, in the ‘spending phase’ you’ll spend gold to bolster your empire. That involves recruiting new units and secretly adding them to your army of choice, so long as there’s a supply chain linking your capital and the regiment. If not, you’ll need to bring your forces closer to home for reinforcements. You can also build regional improvements to increase the revenue of your territories and their defence level, alongside working your way along a tech-tree to unlock new faction-specific units and abilities.

According to the dev diary, there are lots of extra improvements to spend gold on, too, such as hiring powerful generals, additional agents, or police forces to crush insurrections that might have sparked in reaction to foreign disruption or oppressive taxation. 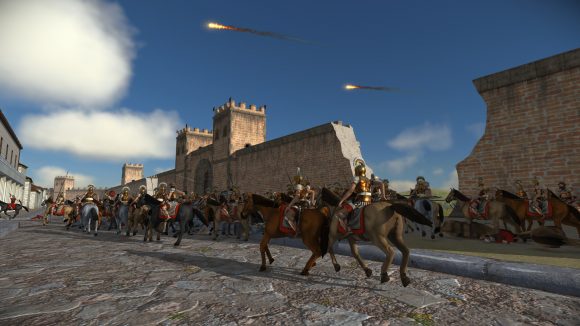 In a single round, you’ll do everything across five phases: the initiative phase (in which you bid gold to determine who goes first), agent phase, tax phase (in which you collect income), campaigning phase, and spending phase. The game follows this round template until one player accumulates 25 victory points. There’s no detail on what, exactly, accrues victory points, but the dev diary says you’ll be able to follow a military, economic, or development strategy to win.

For all the latest details about the game, read our Total War: ROME: The Board Game guide. We’ve previously had a look at the game’s miniatures and map. Or, check out our pick of the best board games you can play in 2021.