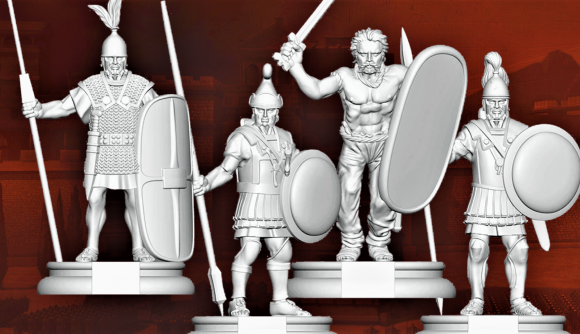 Total War: ROME: The Board Game publisher PSC  games has shown off initial 3D designs for the game’s miniatures – including army, navy, and agent minis for each of the four factions due to be included at launch: Rome, Greece, Carthage, and the Barbarian Tribes.

Revealed in a Gamefound campaign newsletter sent out on Friday, the 3D models for the new miniatures show that each faction gets a unique miniature sculpt for its land armies, but all factions’ navy and agent minis are identical in shape. Each faction will get five army miniatures (numbered one to five in roman numerals on their bases), three agents, and two navies. It’s not clear yet whether this will correspond to an absolute in-game limit, or whether your plastic forces can be expanded further.

Rather interestingly, what PSC does make clear in Friday’s email is that the numerals on the army minis’ bases correspond to “a matching deck of cards” representing the units within each army – and that, while the map position of the mini is known to all players, the actual unit cards remain secret. This means that, as with the strategy level of the Total War PC games, “your opponents will still know where your armies are, but they will not know what units they contain”, says PSC.

In the videogames, you can identify some of an enemy army’s units once it approaches one of your armies, agents, or cities. We don’t know yet whether this is how it’ll work in the board game – but it seems eminently doable, simply by having to show some of your unit cards, once the enemy is up close. We shall see.

The newsletter affirms that these miniature designs are “not final” – so, as with the board and cards we’ve already seen, we can expect some minor tweaks before (and perhaps after) the game’s Gamefound crowdfunding launch, scheduled for November 30. 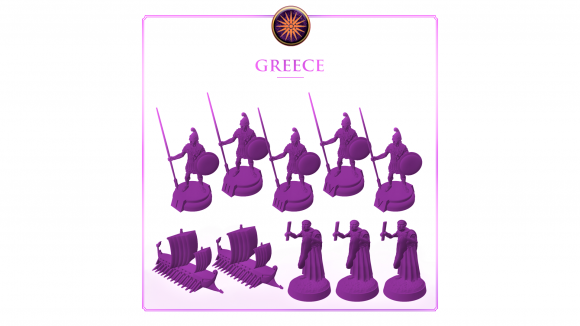 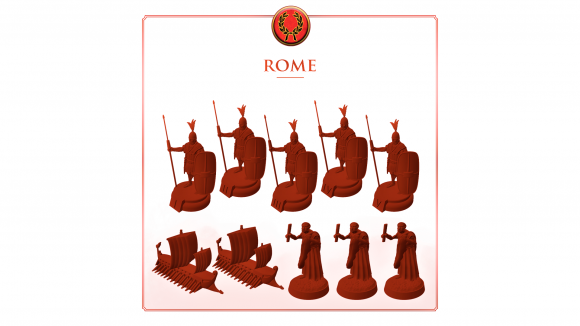 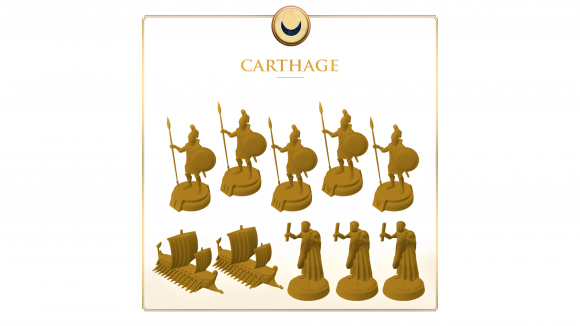 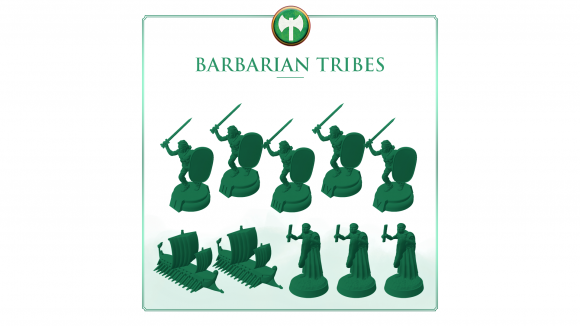 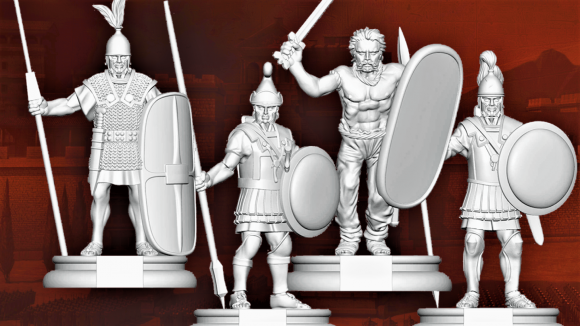 The reveals about this board game adaptation of Rome: Total War are coming thick and fast now; in the last couple of weeks we’ve seen reveals on the game’s map, as well as the Roman units, tech tree, and turn phases. If you want to catch up on everything we know about it so far, check out our full Total War: ROME: The Board Game guide.

Wine and gladiuses not your thing? Maybe cruise for some other cheap board games in our guide to 2021’s best Black Friday board game deals.