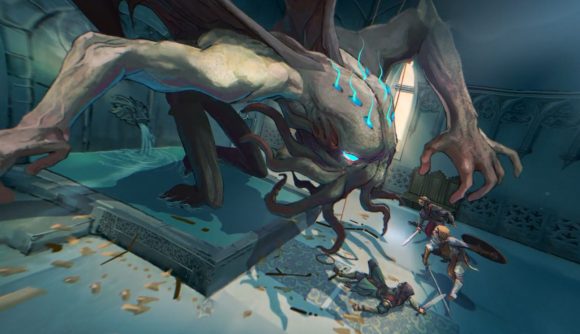 Soul Raiders, a story-focused adventure game from Splendor designer Marc André, hit Kickstarter today. The co-operative board game that has you play combinations of cards to battle monsters and advance through an evolving story features illustrations by Magic: The Gathering artist Magali Villeneuve, and will crowdfund until August 6.

Soul Raiders places you and up to three buddies as powerful heroes in a high-fantasy world questing to defeat evil across three chapters in an overarching storyline. You’ll explore locations in several environments, overcoming enemies and obstacle byplaying cards in your hands, and combining their effects.

More of a collaborative effort than a co-operative board game, Souls Raiders has players make actions simultaneously, rather than across consecutive turns, as they try to optimise the best play. Similarly, all players share a common health pool, so damage to one hero translates to damage to the whole group, removing any opportunity for player elimination. Your party’s ‘exhaustion’ level is tracked throughout the game, debuffing your warriors as they come under pressure, and a ‘threat’ level will increase as you progress.

Publisher One for All says each chapter is composed of 40 locations that are explored through a branching narrative path, and can be replayed in different combinations. Certain events and encounters will change depending on your previous actions, and the narrative path open to you is contingent on your choices. 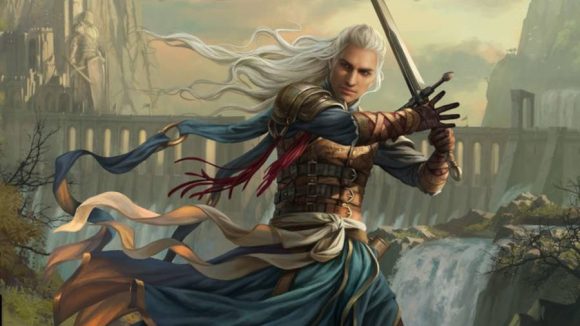 You can back the game on Kickstarter for $83 / £60 / €70 to purchase its standard edition and unlocked stretch goals, or pay $130 / £95 / €110 to unlock the ‘Grimoire Edition’, which includes exclusive miniatures and game pieces. It’s currently scheduled to ship in December 2022.

Soul Raiders is the debut release from design studio One for All, founded by André and Hicham Ayoub Bedran, founder of studio Matagot.

We called Splendor one of the best couples’ board games. If you’re looking for more ideas on where to take your tabletop collection next, check out our pick of the best board games of 2021.