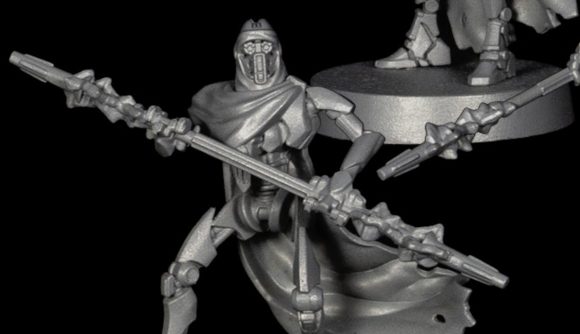 Star Wars: Legion is journeying to Kashyyyk for its next batch of expansions, introducing a handful of new miniatures for the Galactic Republic and Separatist armies. Posting across its social media channels last Friday, publisher Atomic Mass Games revealed some of the minis of the new sets, including many familiar faces from the prequel trilogy.

Foremost among them is the IG-100 Magnaguards unit expansion. Best known as the bodyguards of General Grievous, the three droids look pretty striking with their flowing cloaks and electrified staffs. No stats or cards have been revealed for the units just yet, but speaking about the expansion back in March, Atomic Mass Games said the Magnaguards are designed as melee henchmen for your Commander, and can use a modified Guardian keyword ability to block incoming shots.

Elsewhere for the Separatists, AMG showed off the upcoming Super Tactical Droid Commander mini. Reportedly playing heavily with the faction’s AI ability, which lets units perform actions in lieu of player commands, the sculpt looks a little more reserved in terms of visual flourishes, posed with arms akimbo like some kind of middle-manager. The DSD1 Dwarf Spider Droid might make up for that meekness, however, sporting a bulbous head-cannon-combo on a not-insignificantly large base.

On the Galactic Republic side, meanwhile, we got a look at the Raddaugh Gnasp Fluttercraft. A two-Wookie, gyrocopter-like patrol vehicle, it’s got all the usual visual Kashyyyk motifs. Let’s just hope you’ve got a well-padded case to protect those delicate wings. 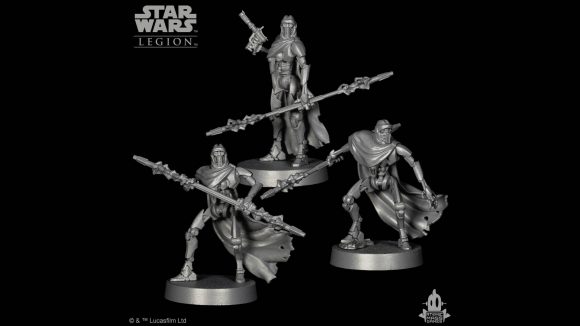 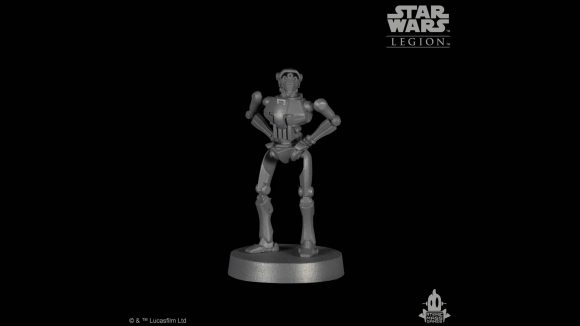 AMG is yet to release any details of how the new minis will play on the tabletop, but said we can expect the expansion to release on October 1. Price details are yet to be revealed.

Last month, we glimpsed the upgrade cards coming for the new Yoda and Chewbacca expansions. The pointy-eared Jedi will be able to use Force Lift to move barricades around the battlefield and leverage Burst of Speed to increase his move distance for a round, while Chewie will be able to cancel critical hits and buff friendly Wookies. 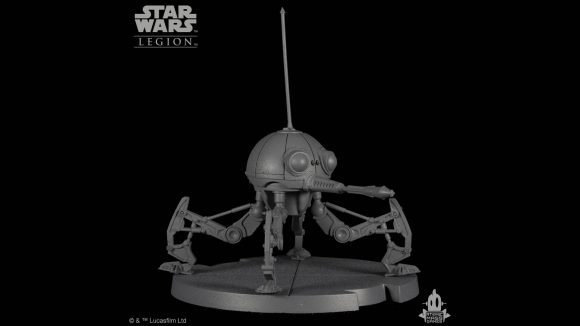 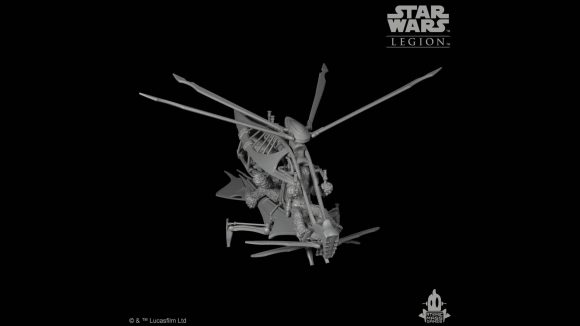 Announced back in March, these Kashyyyk sets are the first batch of thematic expansion packs for Star Wars: Legion, and are intended to introduce a slate of new units for the Galactic Republic and Separatist forces, while tying them to a common theme.

If you can’t wait until October to expand your collection, read our Star Wars: Legion expansions guide, and find what miniatures to add to your force next.