A cursory glance at Stargrave can give the wrong impression. A customisable gang of spacefarers, character progression across a persistent campaign, a panoply of quasi-mystical tech-powers, and an expansive, interpretable sci-fi universe, spanning dense swamps, and the pitch-black gangways of derelict warships: Stargrave looks to have all the makings of a riveting tabletop RPG. One in which combat takes pride of place, but is ingrained within a wider fictional world, and is given meaning by player decision-making.

But that’s not how Stargrave presents itself. Despite its more colourful elements, Stargrave is very much a tactical miniatures skirmisher in body and soul, sitting snugly in the realm of wargames, but peppering its streamlined combat with avenues of lucid RPG exploration. It’s just a shame, then, that it doesn’t explore those promising directions further, to build upon its predictably brilliant core systems.

For those that have played Stargrave’s predecessor, Frostgrave, the game will feel immediately familiar. Assemble a crew of ten intrepid adventurers, embark upon loot-snatching sorties in competitive two-player battles, and play through a series of interlinked scenarios across a persistent campaign – all the while levelling up your crew, and recruiting replacements for those who meet the nasty end of a carbine.

Coming as a surprise to no one, Stargrave is simply Frostgrave in space, swapping arcane wizards and frozen ruins for crews of struggling galactic adventurers, and running on a similar miniatures-agnostic rules system (although a line of officially-licensed minis is coming from North Star). 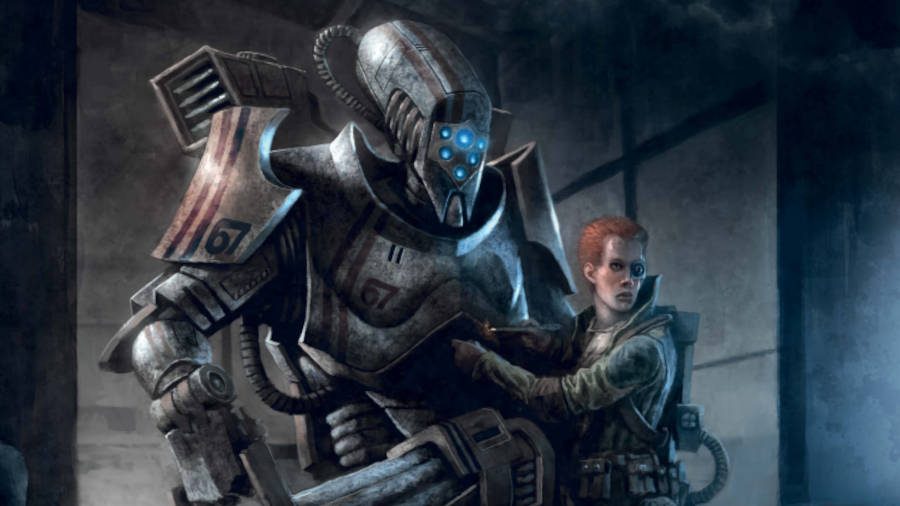 The game’s centrepiece is undoubtedly your Captain. The futuristic equivalent of Frostgrave’s Wizard, they’re the most powerful unit on the table, and, narratively, the leader of your crew. Your Captain serves as your primary tactical force in battle, as well as the main funnel for customisation. Eight selectable backgrounds determine their fighting stats and core abilities, providing thematic baselines, and nicely varied build options right from the off.

There’s some truly creative scope to building your warband

Make them an AdMech tech-priest lookalike, with one too many cybernetic enhancements, capable of supporting the rest of your squishy crew with energy shields and camouflage. Build them as a Han Solo-esque Rogue to disrupt enemy actions, and pursue deceptive bait-and-switch plays, while focusing on loot-grabbing above all else. Or make them a supernatural Psionicist, better suited to dealing offensive sallies in storms of mind-bending elite powers. There’s a lot of flex here.

Add in an optional equipment list, weapons, and armour to further specialise and patch up your Captain, alongside a customisable First Mate, and eight more Soldiers, picked from ‘standard’ and ‘specialist’ rosters, and you’ve got some truly creative scope to your warband. Those who like effective simplicity can pursue a generic, point-and-shoot crew, while others might be inclined to better specialise their force, opting for one that’s uniquely adept at securing and moving loot, rather than facing the enemy in a head-on offensive. 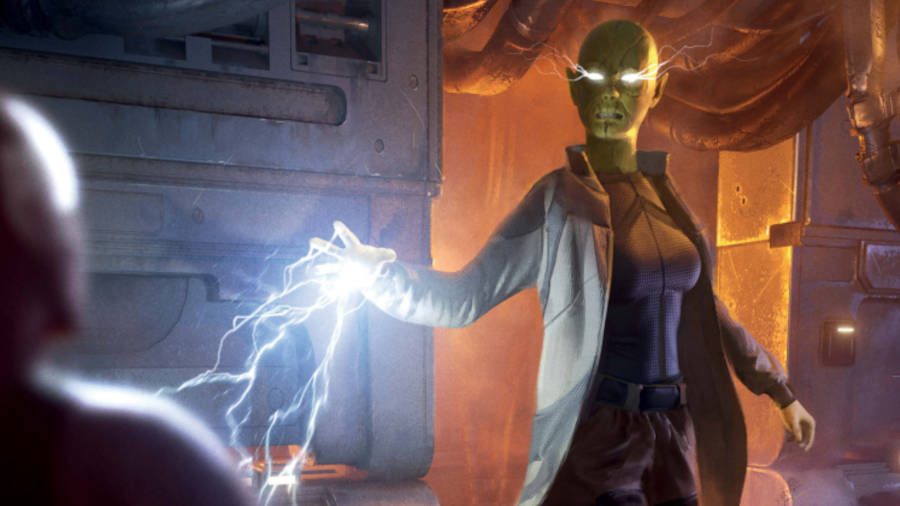 Regardless of your preferred playstyle, one thing is essential to crew-building and gameplay: balance. With six central combat stats – move, fight, shoot, armour, will, and health – listed for each unit, and determining every interaction in-game, it’s remarkably easy to keep track of your crew’s specialities.

For all its permutations, Stargrave’s crew-building is joyously straightforward. Pay heed to the numbers with some quick mental maths, and give some effort to ensuring there’s no glaring blindspot in your crew’s overall arithmetic. But beyond that, reading the strengths and weaknesses of your creation is refreshingly simple. 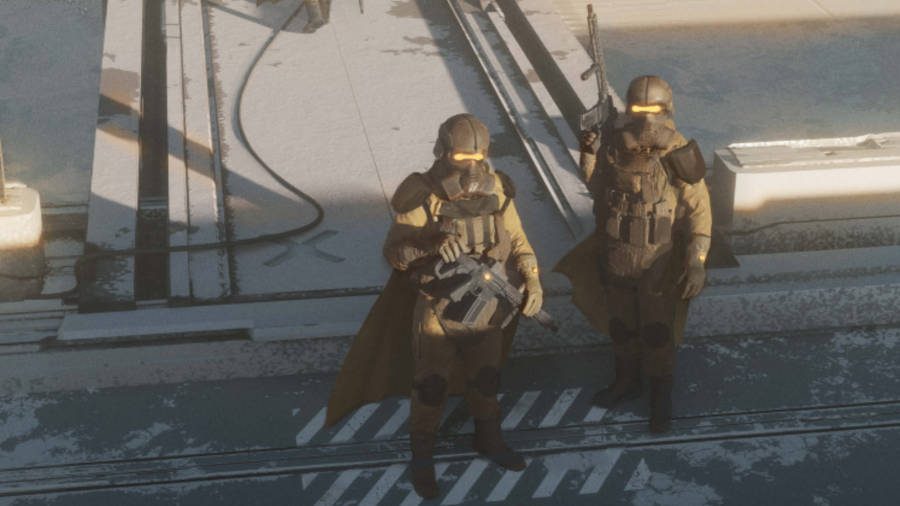 As is playing a match of Stargrave. Table setup is quick, and combat follows the same ludicrously quick-flowing, one-dice-roll system as Frosthaven – each player rolls a d20, adds their unit’s stat modifier, and the player with the higher score subtracts their roll from their target’s armour to determine damage. Games are won either by killing off the enemy team or, more excitingly, by securing and successfully carrying all loot off the table. For a game that uses changeable terrain, measuring sticks, and damage templates, rather than a predetermined hex-grid board, wargaming has never looked so easy-going.

Big changes have been made to the function of objective markers

Although Stargrave is, at heart, a Frostgrave re-skin, there are a few noteworthy gameplay alterations. Rather than transporting the much-loved fantasy battler, verbatim, into the heavens above, some additions change the flavour of turn-to-turn gameplay. New damage effects add persistent blights to your units, for example – incentivising long-term planning rather than hot-headed assaults – and the slew of Captain powers, while comparable to the spells of Frostgrave’s wizards, contains many that are quite distinct from their fantasy forebears.

Big changes have also been made to the function of objective markers. Loot comes in two varieties (data-loot and physical-loot), requiring different actions to be performed when capturing and transporting the tokens. Units must also now make a roll before picking up loot, meaning games are no longer decided by whichever player reaches the objective markers first. 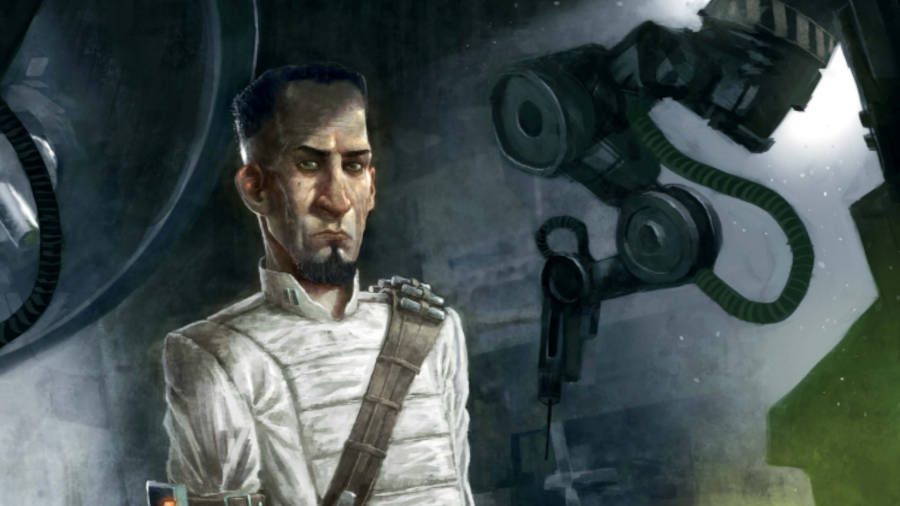 Biggest of all, the positioning of loot has been reworked to prevent players handing themselves an easy win through shrewd – and cheap – placement tactics. Players take turns positioning loot tokens after terrain setup, but may only place tokens in their opponent’s half of the table.

This forces you to balance difficult-to-reach placements that might upset your enemy’s chances of gaining loot, with more easily-captured positions, that might afford you the opportunity for a quick grab at the potential cost of enemy theft. There’s more thought required, and it’s a welcome addition.

Freebies: These are the best free miniature wargame rules

Besides Stargrave’s eminently enjoyable tabletop gameplay, one problem persists: it can’t square its frenetic fighting with its roleplaying potential.

Stargrave encourages you to embrace its world-building, inviting you to imagine your captain, decide their name, pick their species (for no reason other than your own enjoyment) before even considering their combat statistics and role on the battlefield. 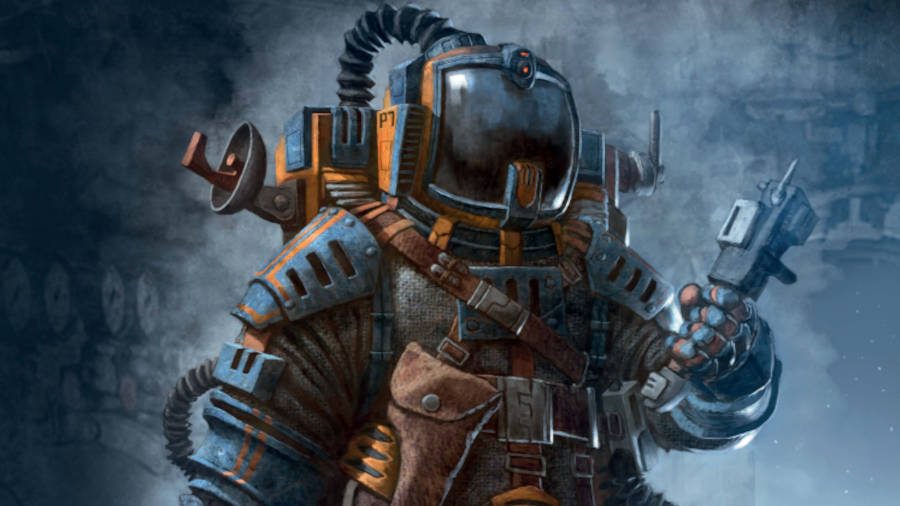 Scenarios offer engaging, albeit brief, set-dressing to motivate your actions, and the list of Captain powers offers an enticing glimpse into the heterogeneous universe Joseph A. McCullough has dreamt up, with not-so-subtle influences from a variety of the best sci-fi literature and entertainment of the last 40 years.

The descriptions of each selectable Captain background suggest a rabbit hole of sci-fi lore that I’d happily dive into: whether that’s the history of the cyborgs forced into bounty-hunting to fund the maintenance of their own bodies, to the cultic mystics who turned to alien technology and ‘dark science’ for salvation on the eve of the apocalypse, or the tragic biomorphs haunted by the genetic experimentations that stole their sanity and left with unhinged biological talents.

They’re all brilliantly evocative roleplaying touchstones, but Stargrave rarely, if ever, gives time to leverage them. True RPGs have the benefit of providing non-combat situations, plunking you in the boots of your character to really explore and experience the imagined world around you. But even miniature wargames with less direct RPG mechanisms, like Warhammer 40k, are more successful in imbuing each battle with a sense of place, person, and persona through their bespoke miniatures. 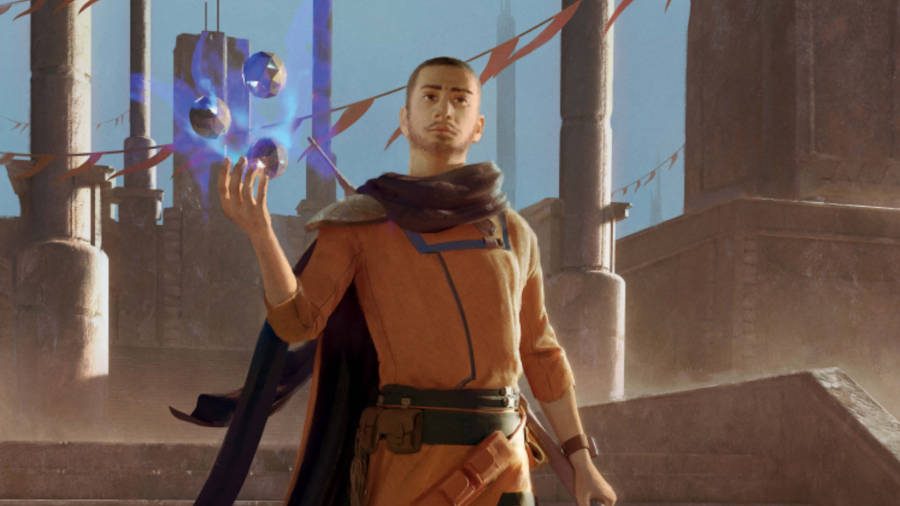 Stargrave, with its focus on skirmishes and miniatures-agnostic rule system, can’t match its (admittedly ambitious) lore. A chunky leveling system aside, much of the world-building that so enticed me when reading the core rulebook, failed to make an impression on the tabletop.

I was enraptured with the crazy hodge-podge of sci-fi trappings, only to be disappointed at how little they really mattered. Yes the game isn’t only a re-skin of Frostgrave, but one must question how much its thematic change really matters. 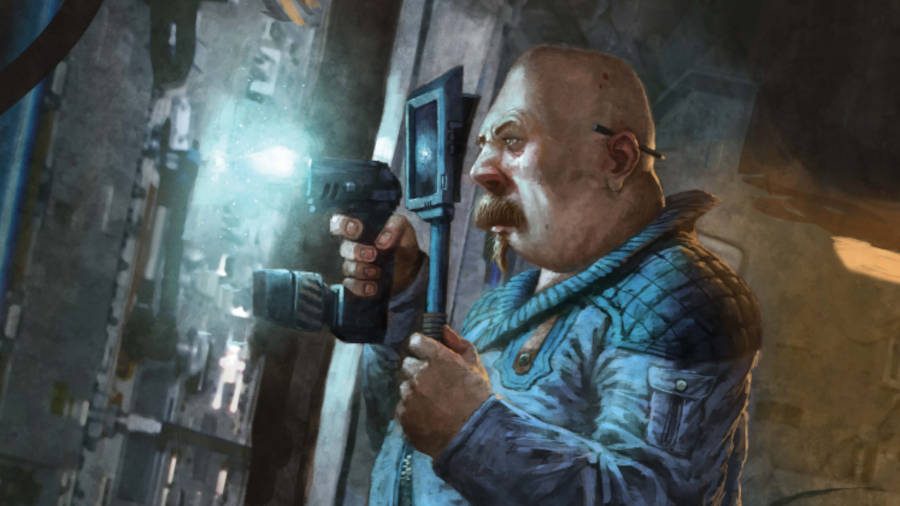 Bottom line, Stargrave lives up to the expectations many had for it. Following up a beloved game is never easy, and Stargrave shows there’s much success to be had at sticking to the formula for any sequel. Its gameplay on the tabletop is tactically rewarding, and its surrounding narrative flavour tantalising. If only it could marry the two in a happier arrangement.