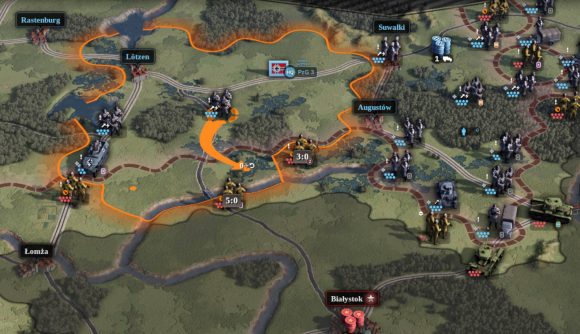 Turn-based World War 2 wargame Unity of Command 2 is officially heading to Russia. Developer 2×2 has today announced the game’s next expansion, Barbarossa, which will put you in control of Nazi Germany’s invasion of the Soviet Union across a new 23-scenario campaign. Adding new units and vehicle models for several Axis nations, the DLC is expected to release on April 21 for $9.99 / £7.19. Its Steam page is live now.

Tracing the doomed Operation Barbarossa, the new campaign hands you command of the Axis forces’ assault on Soviet Russia, from the early German victories in the summer of 1941, to their accelerating defeats in 1942. Spanning Russia’s geographical breadth – from the northerly Republic of Karelia adjacent to Finland, to the beaches of the Black Sea – the campaign will feature the usual alternate-history objectives, such as successfully capturing Moscow in 1941, alongside focused sieges of Odessa and Sevastopol.

In a press release, 2×2 games teased a couple of the missions we can expect from Barbarossa’s campaign. During the German advance to Leningrad, you’ll take command of the German army, facing Russian resistance and counterattacks as they progress to the northern city. You’ll have to spread your forces thin to capture multiple strategic objectives across an expanding frontline, while dealing with a lagging supply route that may halt your advance if left unchecked.

In Operation München, the South Romanian Army Group Antonescu is joined by German troops. You’ll be controlling the Axis forces to claim territory previously ceded to the Soviet Union, while inching closer to the heart of the Russian homeland. 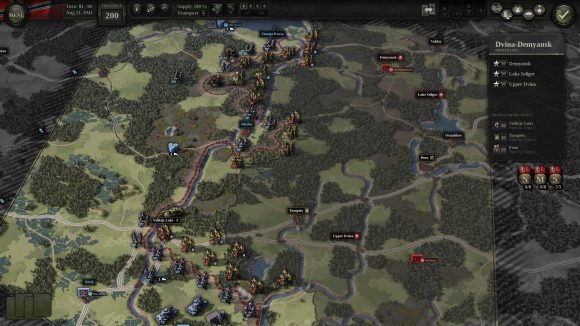 Alongside the new campaign, Barbarossa introduces more than 20 new unit types across several Axis nations, including Germany, Italy, Romania, Hungary, Slovakia, Finland, and Spain. New vehicle models are also included, such as those for the Soviet BT-7 and T-26 tanks, and ZIS-5 truck.

Unity of Command 2 released in 2019, and quickly met acclaim for its comprehensive strategic wargaming fare set across a historically literate, but accessible, campaign. Handing you command of the Western Allies during the Second World War in a series of dynamic scenarios, its focus on logistical army management, supply route support, and troop control set in puzzle-like combat appealed to both casual strategy gamers and wargaming veterans. 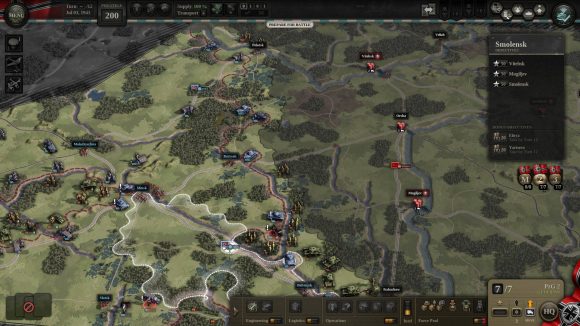 Blitzkrieg, the first DLC for Unity of Command 2, released in 2020, centred on the Wehrmacht’s quickfire invasion of central Europe. While Barbarossa looks to focus on a lengthy campaign in a new front of the war, Blitzkrieg featured a shorter campaign, alongside masses of additional units, new models, and additional combat mechanics.

Like the sound of accessible, hex-based, tactical military proceedings? Read our Unity of Command 2 review and find out why we thought it was one of 2019’s best wargames. Or, check out our Blitzkrieg review, and see how the first expansion well-matched the base game.