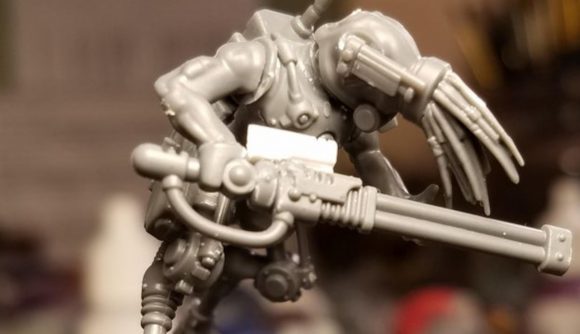 Warhammer 40k’s Adeptus Mechanicus do love their bionic appendages. All chrome limbs, metal organs, and bionic enhancements, the Omnissiah-worshipping tech-priests already look like they’ve been kitbashed from whatever parts happened to be lying around the factory floor on Mars. One fan has taken things a little further, however, converting a few AdMech minis into characters from the videogame series Oddworld.

Sharing their creations on Reddit, user GalietheMaster kitbashed several miniatures into Sligs, the common enemies found across the Oddworld series. Combining the legs of an AdMech Ruststalker with the arms, torso, and head of the Lizardmen sculpts from miniatures manufacturer Wargames Atlantic, they’ve created what looks like a pretty good match for the half-bionic Slig physique.

And to top it all off, the head quills of a Tau Kroot were used to replicate the Sligs’ mouth tentacles. Neat. With their bulbous eyes, masked faces, and various bionic enhancements, these Sligs come pretty close to the real deal. GalietheMaster has even positioned the minis in various poses, and equipped them with a variety of weaponry to replicate the Sligs’ arsenal.

If only they’d now try making a Big-Bro Slig, or Flying Slig to really bring the armies of the Magog Cartel to the tabletop. 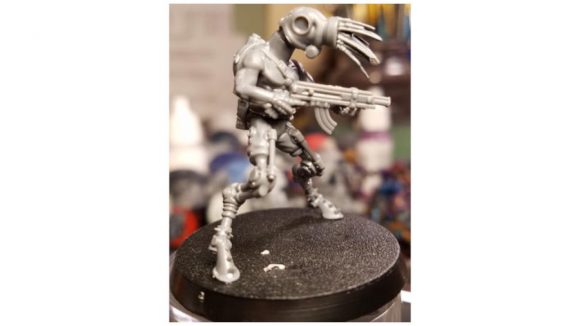 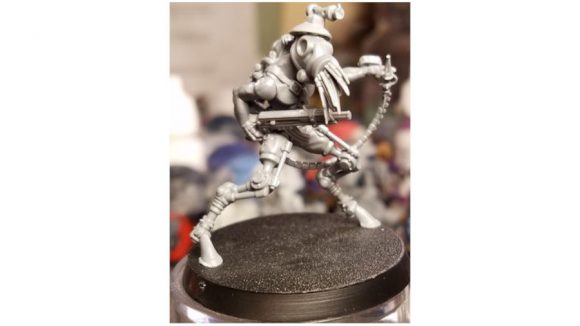 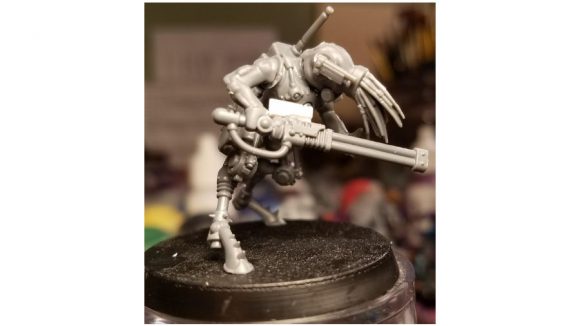 The Oddworld series first came onto the PC and console gaming scene with 1997’s Oddworld: Abe’s Oddysee. It’s since had several sequels, including the 2.5D side-scroller Oddworld: Soulstorm that released back in April this year. Each game usually has the players set out on a quest to protect the delicate ecosystem of Oddworld from the mistreatment of industrial corporations, not something that many AdMech tech-priests would be concerned with, mind.

Funny and funky Warhammer kitbashes often pop up, and we rated this Alice in Wonderland-Lumineth Realm Lords mash-up last month. The wide grin of the Cheshire Cat has never looked so good next to a Teclis-turned-Mad-Hatter. 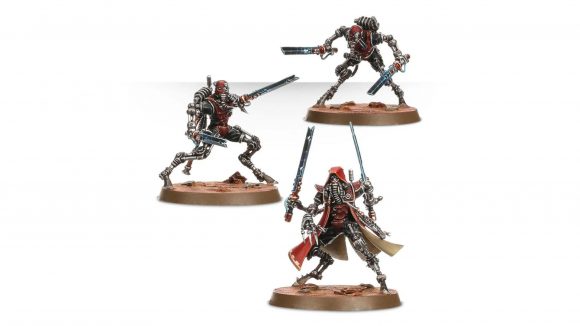 Or if official crossovers are more your thing, read our pick of the five tabletop games that deserve a 40k crossover.