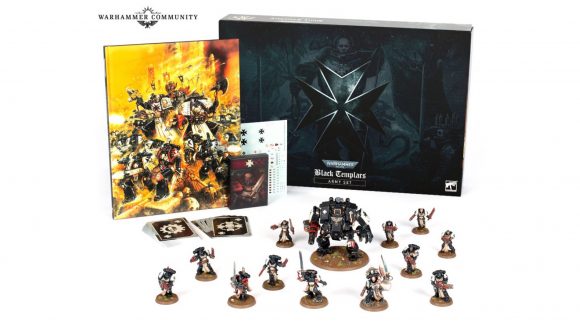 The new Warhammer 40k Black Templars army set goes to pre-order this Saturday, October 9, and will be covered by a “Pre-order Weekend Promise” that is “just like” the one offered with August’s Kill Team: Octarius box, Games Workshop has announced.

Revealed in Sunday’s pre-orders roundup article on Warhammer Community, the news suggests GW will once again guarantee that every customer who orders the Black Templars army set in the first weekend (i.e. by the end of Sunday, October 10) will get one, sooner or later. However, Sunday’s article pointedly does not confirm that this is the exact ‘Promise’ this time. Instead, GW says it will share “more information on how this will work later in the week”. So, eyes peeled for that.

If GW follows its normal cadence for pre-orders, the Army sets should be shipped out the following Saturday, October 16. It’s possible this box set will follow the extended pre-order window we saw with Kill Team: Octarius, however – in which case the ship-out date would be pushed another week, to Saturday, October 23. We’ll keep our ears to the ground and keep you updated.

In the meantime, Sunday’s article also let slip a couple more details about the brand new custom rules in the Black Templars Codex Supplement: it confirms that the book contains “Templar Vows and Passions, new Stratagems, wargear, Relics, and a bumper Crusade section”. 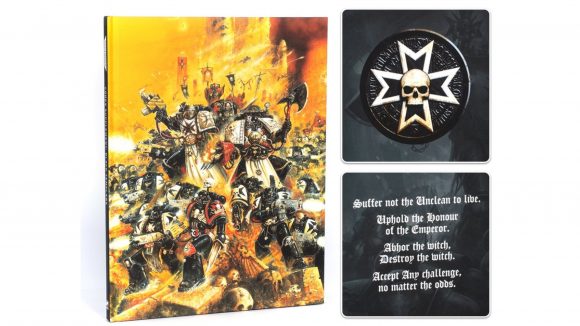 Outside of speculation, it’s the first we’ve heard about Vows and Passions being included in the new codex.

We don’t, of course, yet know exactly how they’ll work in-game – but our editor laid out a hopeful wish list for new Black Templars models and rules back in July, and all his model dreams have come true so far. Only time will tell if the rules for Vows and Passions follow his template, too. 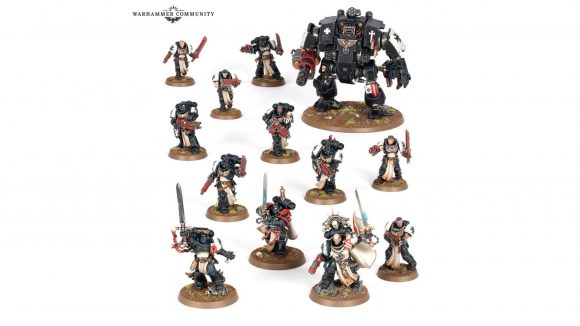 Not sure if the crusading Black Templars are the army for you? Learn about all the other Adeptus Astartes in our comprehensive Space Marines guide – or go a little wilder with our guides to Xenos armies and Chaos armies.