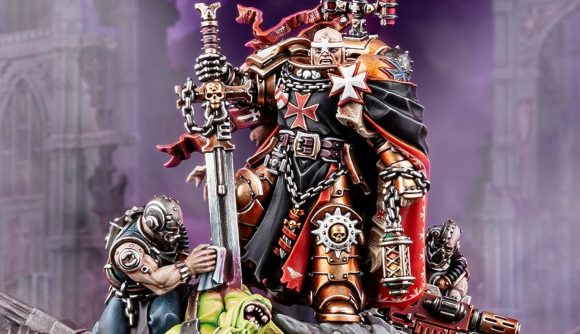 The day after unveiling the full contents of its upcoming Black Templars army set for Warhammer 40k, Games Workshop has knocked the socks even further off Templar fans by revealing a brand new, Primaris scaled character model for High Marshal Helbrecht, Chapter Master of the Black Templars Space Marines. Naturally, there’s no pricing or release date yet.

Shown off in a Warhammer Community article on Monday, the new High Marshal Helbrecht miniature is evidently much larger than the 25mm-base, Finecast resin model it replaces. At a guess, we’d say the new, plastic sculpted base is 40mm, and it’s crowded with details: a slain Ork, and two Servitor attendants; one cleaning his blade – the Sword of the High Marshals – and the other holding his Combi-Melta, Ferocity.

In a particularly welcome change for long-time Templar fans, GW says the new model will come with three choices of heads, two bare, and one wearing a magnificent golden great helm, emblazoned with the Templar cross in white. Helbrecht’s bald head and white metal circlet had long been the largest point of contention about his previous model, which otherwise enjoyed much praise as a badass-looking Space Marine character.

There’s no detail yet about how High Marshal Helbrecht’s in-game rules and abilities may have changed as part of the new Black Templars Codex Supplement – but, since he’s crossed the Rubicon Primaris, we can expect his stats and abilities to receive a tune-up of some kind. 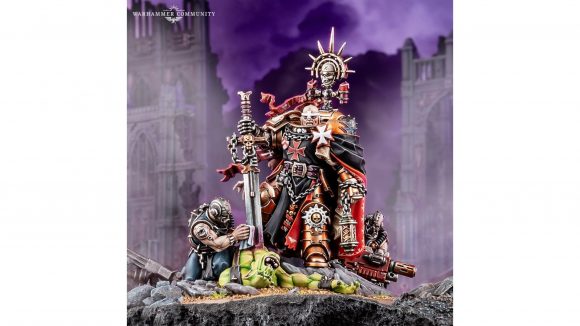 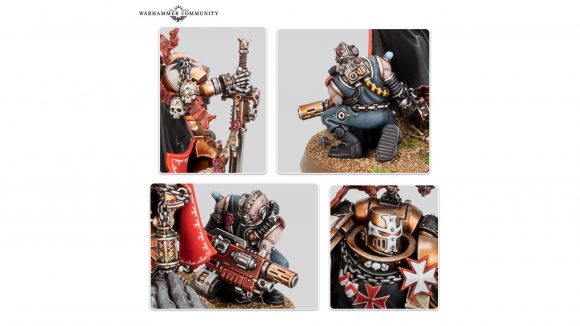 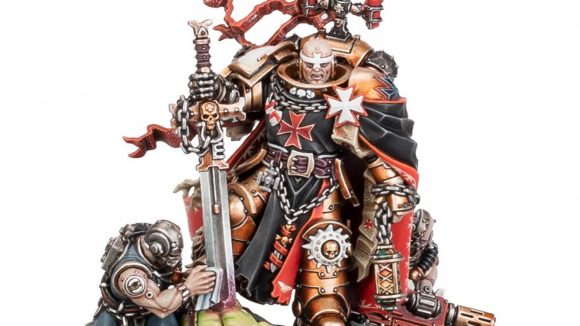 Rest assured that, as soon as we get any more news about Helbrecht, the Black Templars army set, or any of the other new Black Templars units that GW has said are on the way, we’ll let you know – and we’ll be keeping our Black Templars launch guide updated with all the information you need.