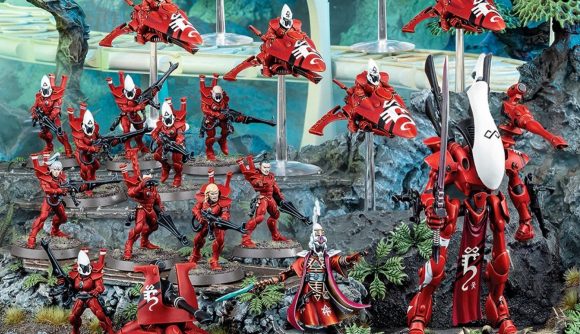 It’s a good time to be an Eldar player in Warhammer 40k. Codex: Aeldari just went up for pre-order, and now GW has revealed an upcoming Eldar Combat Patrol  box filled with all kinds of Craftworlds forces, from nippy jetbikes to a hardy Wraithlord. According to Monday’s Warhammer Community article, which announced the new release, the Combat Patrol: Aeldari is coming out in April.

As with all the Warhammer 40k Combat Patrols, the Eldar box will contain a range of units from the faction, with 19 miniatures in total. Inside you’ll find ten Guardians, a Heavy Weapon Platform, six Windriders, a Farseer, and a Wraithlord. Naturally, many of these units have new rules coming in the Eldar codex, from upgraded Shuriken weapons for the infantry and jetbike riders, to the new Strands of Fate reroll mechanic for the Farseer.

In keeping with the Combat Patrol promise of providing a whole army in one purchase, Combat Patrol: Aeldari is designed to be battle-ready out of the box (once you’ve built and painted all the models, that is). That means players should not require any additional Eldar units before they rock up to the tabletop for a scrap.

The Warhammer Community article says “the greatest strength of Combat Patrol: Aeldari is its flexibility”, and you can see that GW has tried to pack in a little bit of everything – some strength, some speed, some psyker powers – into the set. For the most part, it looks a pretty balanced collection, though perhaps leaning a touch heavier on the jet-bikes than some fans may prefer. Where are the Howling Banshees at, eh? 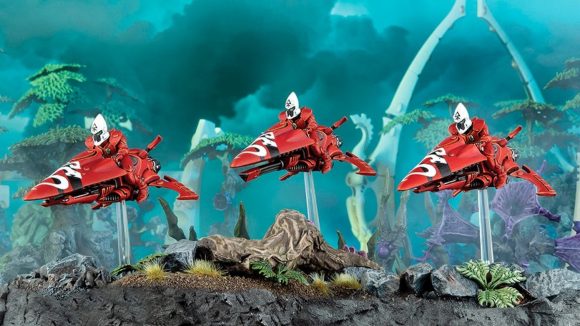 There’s no word on pricing for the Eldar Combat Patrol box as yet, but it seems certain to follow all the others, which are currently sitting at $140 / £85.

Don’t know your Farseers from your Fireprisms? You’ll be needing our Eldar 9th edition guide. Or if you want to know about the various space folk flying around in the 41st millennium, here’s our guide to Warhammer 40k’s Xenos factions.