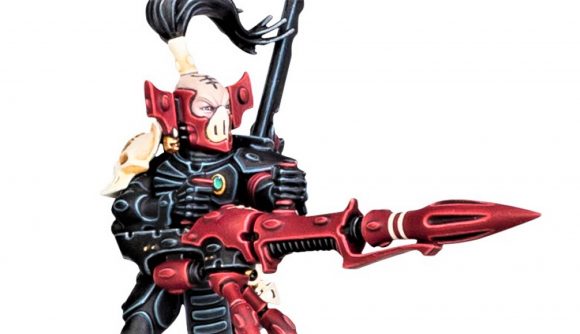 Long counted among those Warhammer 40k models most in need of the kind of glow-up only modern digital sculpting and plastic moulding can give, the Eldar Dark Reapers are now finally going to get some brand new models, Games Workshop has revealed ni a new trailer (watch it below). There’s no release date yet – but we can expect them to drop after the Eldar-versus-Chaos Space Marines ‘Eldritch Omens’ battlebox arrives in February.

Shown off in a preview article on GW’s Warhammer Community site on Monday, the new plastic Dark Reapers model kit replaces the existing Finecast resin miniatures, and will also include new helmetless head options for modelling Dark Reapers from the Aeldari’s revolutionary Ynnari sect.  It’ll also pack two more weapon options than its predecessor kit, including the Shuriken Cannon and Aeldari Missile Launcher in addition to the Reaper Launcher and Tempest Missile Launcher – though we don’t know how many of each weapon will come with the kit.

Clad in black armour and rocking a significantly more Halloween-flavoured skull-and-bones aesthetic than most other Aeldari, the Dark Reapers have always counted among the deadliest Eldar Aspect Warriors.

They take a fire support role on the battlefield, dealing long-range death using their trademark Reaper missile launchers, as well as a variety of other hi-tech heavy weapons. 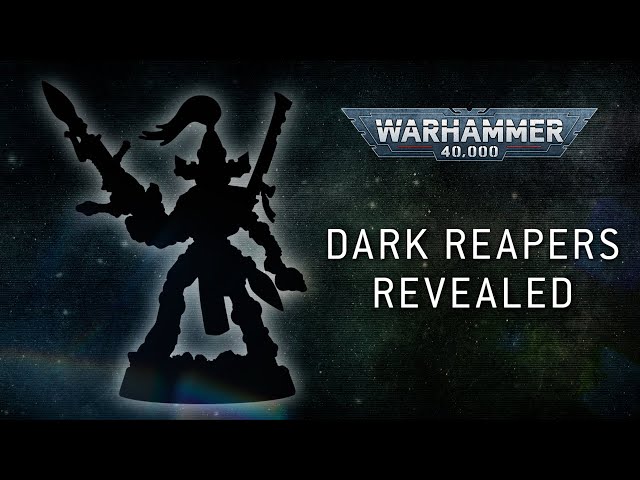 This latest revamped Eldar unit is the latest in a succession of brand new plastic Eldar models. It started with the plastic Autarch, Rangers, and Shroud Runner jetbikes in the Christmas Day reveal of the incoming Eldritch Omens battlebox, then continuing with a new plastic version of the Eldar Guardians troops unit,  and a standalone, multi-option kit for the new Autarch. 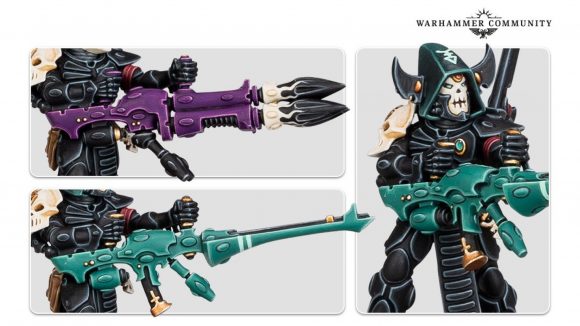 Craftworlds Eldar remains one of the slowly shrinking group of Warhammer 40k armies that doesn’t yet have a 9th edition codex – and there’s still no solid idea of when that new book will arrive; Monday’s preview article took us no closer to a confirmed codex release date.

However, many fans now suspect that both the new Eldar and Chaos Space Marines codexes will be released hot on the heels of the Eldritch Omens battle box, which pits these two forces against one another, and is due out some time in February.

There’s some weight to this, as GW has previously timed two-faction battle boxes to release alongside the respective forces’ new rulebooks – as it did for the Grey Knights and Thousand Sons with the Hexfire boxset last summer. Whether it plays out that way this time, we’ll have to wait and see. 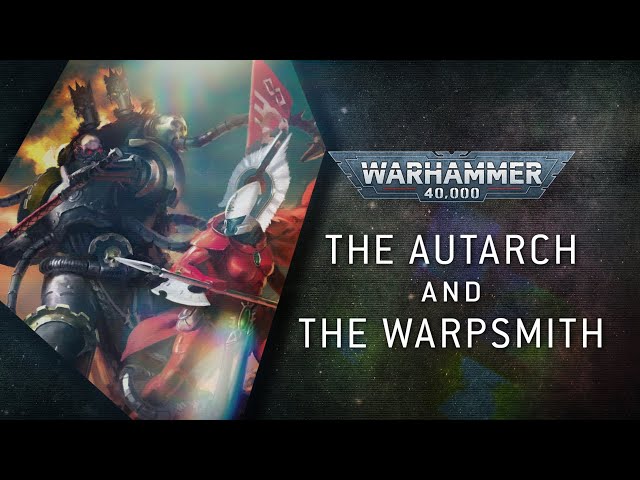 Not entirely clear on all the flavours of Eldar and other alien forces? Check out our Craftworlds Eldar guide, and our broader guide to Warhammer 40k xenos factions to get your bearings.