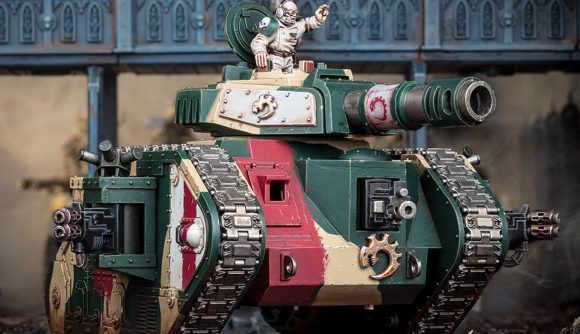 In the new Genestealer Cults codex, those Brood Brothers units will benefit from a +2 bonus to Leadership (increased from +1 before), but must now be taken in their own full detachments (with attendant Command Points cost) as opposed to mixing in freely within Genestealer Cults detachments, as they could before.

Revealed in an article on GW’s Warhammer Community site on Tuesday, the new version of the rule also places a ‘soft limit’ on Brood Brothers units at no more than 25% of your entire army’s Power Level (or points total, in matched play). Exceed that amount, and your Genestealer Cults units will no longer benefit from their powerful new Crossfire rule. Brood Brothers units will still get the Unquestioning Loyalty ability, however – which allows models to sacrifice themselves to save nearby character units from incoming damage.

As before, Brood Brothers Astra Militarum characters can still issue Orders – but only to suitable Brood Brothers units, not to main-line Genestealer Cults units in your army. 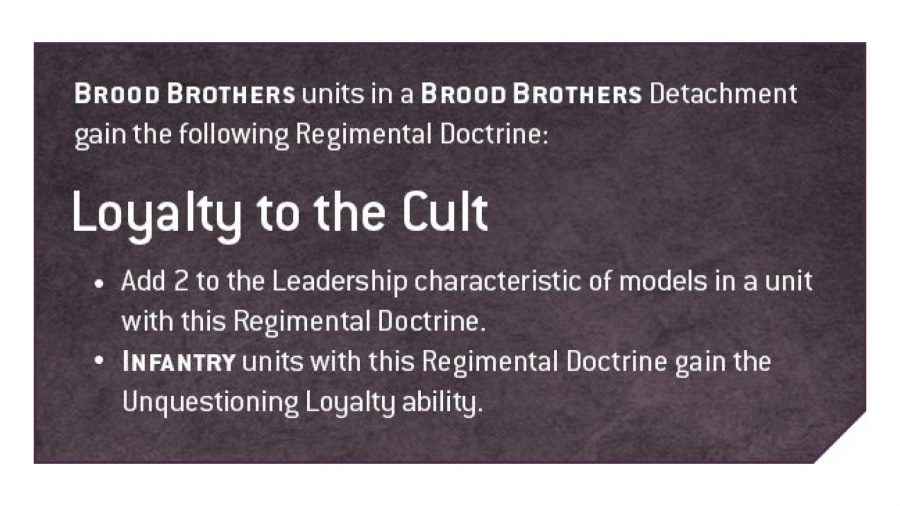 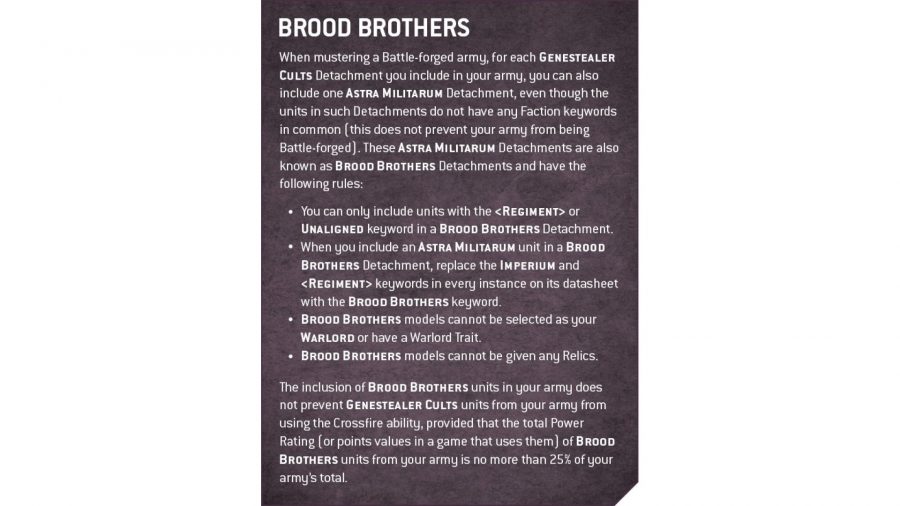 Tuesday’s article presents the changes in context of the recent buff to the Imperial Guard’s stalwart Leman Russ Battle Tank, whose long-standing 3+ armour save was improved to a 2+ in November 2021’s surprise Balance Dataslate update. 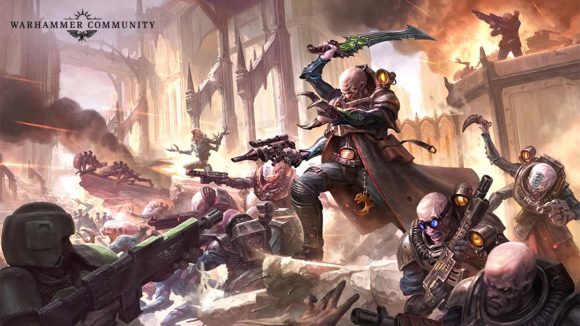 Cults players will therefore want to keep an eye on the upcoming, as yet unannounced 9th Edition Astra Militarum codex – as well as their own army book, when it arrives next week – to find out just how the updates will affect their army plans.