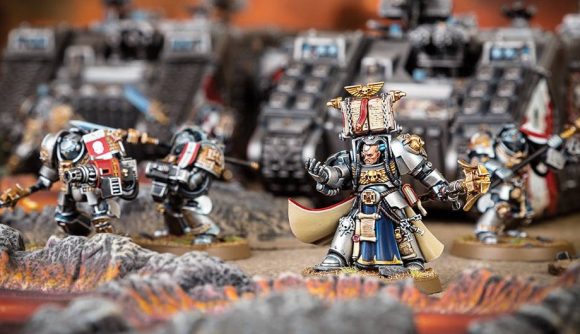 Warhammer 40k’s most sorcerous Space Marines are fast approaching. As reported earlier this week, the 9th edition Grey Knights Codex is going up for pre-order this weekend, alongside the new Hexfire battlebox that pits the daemon-hunters against the Tzeentch-worshipping Thousand Sons. Games Workshop has started to reveal some of the new psychic abilities we can expect from the 666th Chapter of Space Marines.

Mimicking their penchant for magical Psykers, the Grey Knights will be able to pick from various abilities designed to ape their prophetic instincts, granting them additional attacks and moves. Two lists – Visions of the Augurim, and Gifts of the Prescient – will outline various special abilities you can assign to the Character models of your army.

One of these is Omen of Incursion, which lets you activate a Core or Character unit to shoot an enemy target that’s just been brought onto the board as Reinforcements. On the tabletop, it looks like an effective means of landing an easy attack when the enemy is trying to bolster their frontline, and is supposed to imitate your units’ ability to envisage incoming attacks.

Gem of Inoktu, meanwhile, is a little simpler. You’ll be able to add +2 to any Psychic test that attempts to use a power from the Dominus discipline, which should make landing those magical attacks a little easier. 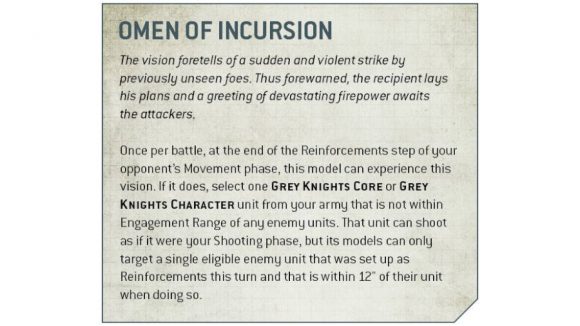 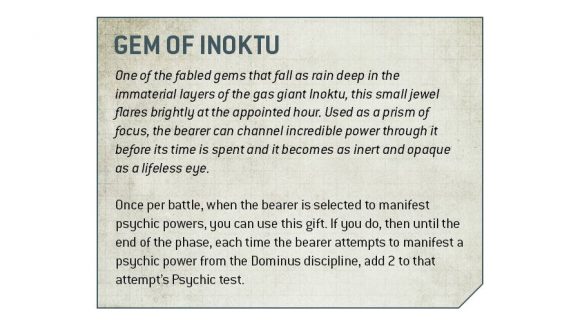 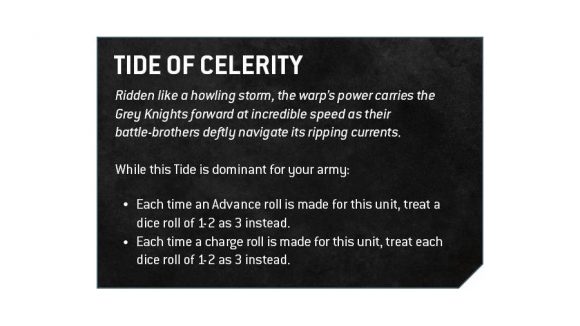 On an army-wide level, Games Workshop has revealed that the greyscale boys will be getting an extra Wound, and having their Masters of the Warp ability updated. Now, you’ll be able to pick one of the five Tides of the Warp abilities to use each game, granting every Psyker in your army the powerful buff. So far, Games Workshop has revealed the Tide of Celerity, a movement-focused option that lets you treat all Advance and Charge rolls at a minimum of three.

Alongside the updated rules, we also know the new Grey Knights codex will pack more lore explainers, 32 datasheets for their units, and Crusade rules. 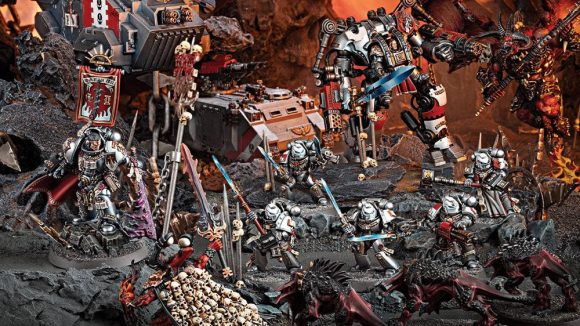 Read our Warhammer 40k Imperium factions guide for the lowdown on the secretive Space Marine chapter.

And have you been keeping up to date with the Kill Team? Check out our Kill Team: Octarius guide for the latest details of the skirmisher’s new edition.