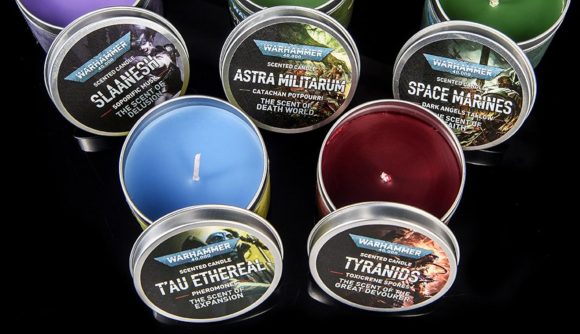 In a truly bizarre announcement, Games Workshop has released a range of Warhammer 40k scented candles. Revealed in a Warhammer Community post today, the five candles are themed to a specific army from the grimdark future, and come with tongue-in-cheek aromas. They’re available to buy now.

If you’re loyal to the Imperium, you can grab the Astra Militarum Catachan potpourri candle for “the scent of Death World”, or the Dark Angels Tallow Candle with the more pleasant “scent of faith”. Xenos haven’t been forgotten, either, with the Tyranids Toxicrene Spores candle letting off “the scent of The Great Devourer” for all who want to assimilate with the Hive Fleet.

The whole product range isn’t exactly presented seriously. The Slaanesh Soporific Musk candle, for instance, is described as emitting the scent of “Delusion” when burned and infused with a hint of Chaos. In our books, that’s equal parts horrifying and impressive. Each candle is also described, quite amazingly, as being “inspired” by their branded army. How a candle can be inspired by the Astra Militarum without smelling like trench foot and despair we’re yet to find out.

The range is produced in partnership with games merchandise retailer Merchoid, and will cost you $19.25/ £13.99 a pop. Give some thought to whether you really want your home to fill with the vapours of the ethereal pheromones of the T’au.

The candles aren’t the only grimdark treat coming this holiday season. Last week, Games Workshop revealed a squig plushie sporting a pair of antlers, alongside a pair of Christmas stockings featuring the symbols of the Imperium of Man and Chaos Gods. You know, the stuff Saint Nicholas would be proud of. 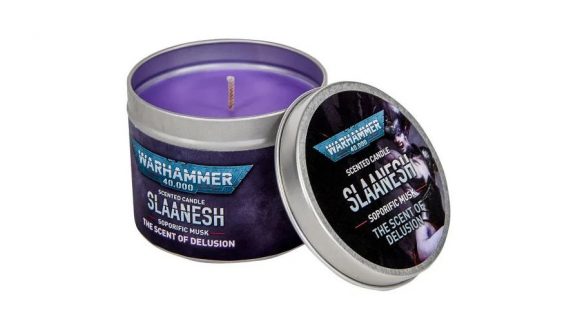 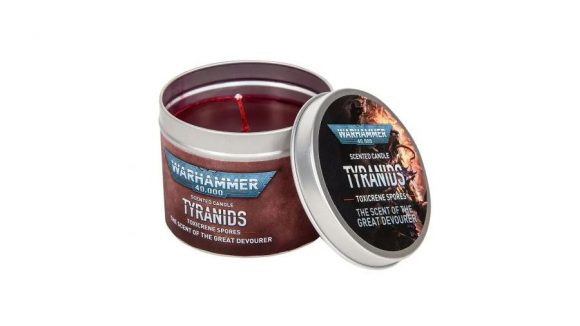 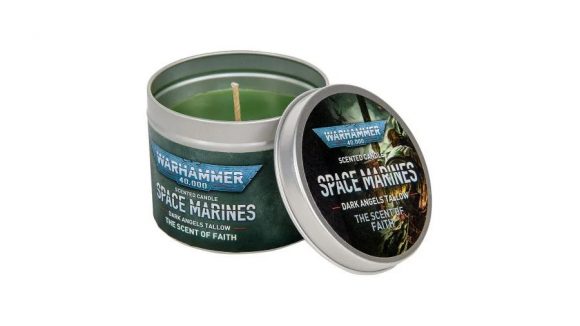 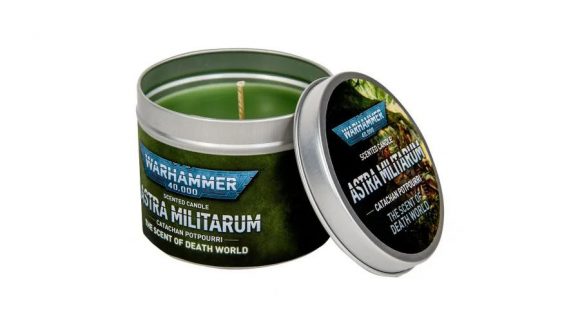 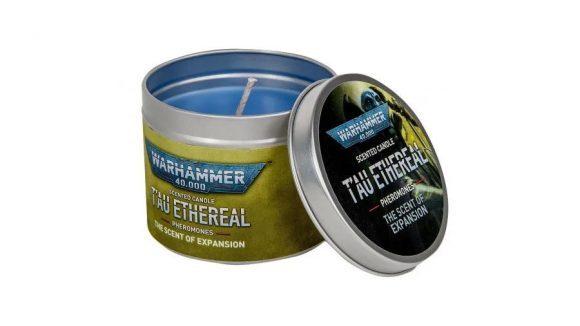 If you’re not interested in lifting the fragrances of your home, check out our Warhammer 40k Chaos factions guide, or read up on the Adeptus Mechanicus.

In other news, did you know the next T’au codex is coming in early 2022?