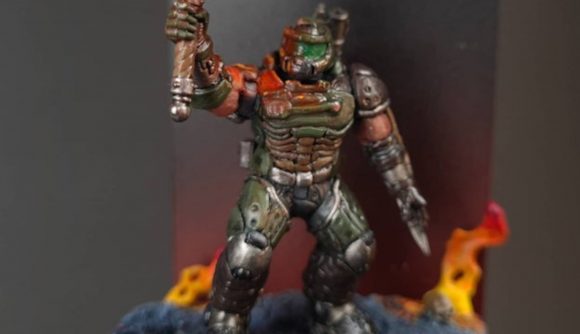 Warhammer 40k’s grimdark universe might have a bounty of psychic daemons, a stock of genetically engineered super-soldiers, and all the exaggerated violence you’d expect from an intergalactic future dominated by war, but there’s a significant lack of ‘ripping and tearing’. For all the malevolent beings creeping out of the Warp, the Imperium sure could learn a thing or two about fluid daemon-slaying. One fan is rectifying that.

Reddit user Diregraf_Conversions has shared a homemade sculpt of Doom’s famous silent protagonist – the Doom Slayer – converted from what looks to be a Space Marine Captain in Phobos Armour covered in lots and lots of green stuff. The Slayer’s ridged breastplate, panelled leg armour, exposed bicep, and visored helmet have all been recreated using the putty, and a ‘doomblade’ integrated into the suit’s left wrist to make slicing daemons that much easier.

The result is pretty fabulous. Painted up in a grey-khaki colour with a suitably grimdark sheen, this Doom Slayer has even got their hands on a Crucible sword, presumably to show the denizens of Hell that they really mean business.

The images shared by Diregraf_Conversions give some insight into their sculpting process, too. Green stuff has been layered on top of the model’s plastic, with indentations and markings applied to match the Doom Slayer’s armour. Certain limbs and hands from the original Space Marine Captain’s mini have also been switched for other pieces, and filed down to make room for the green stuff layered on top. 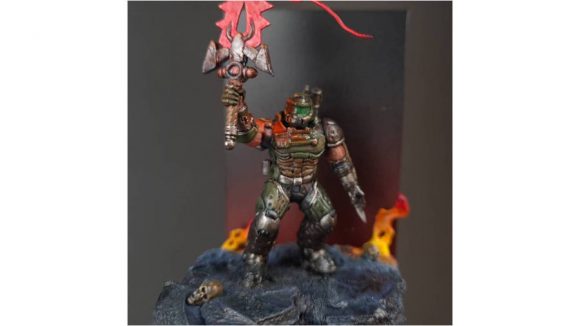 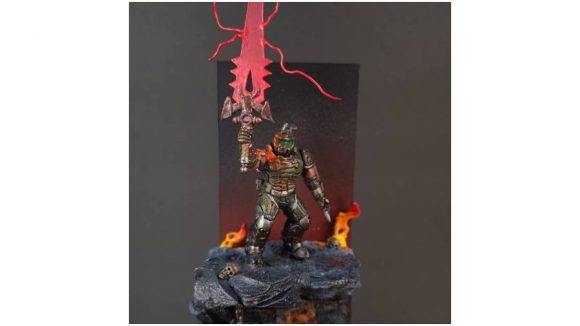 As their username suggests, this isn’t the first homemade model Diregraf_Conversions has released. They’ve previously shared conversions of Richter Belmont from classic videogame series Castlevania, and a model of the Penitent One from PC hack ‘n’ slash platformer Blasphemous.

If you love gazing in adoration upon Warhammer conversions, check out this Oddworld kitbash that converted an Adeptus Mechanicus Rustalker into a Slig. Turns out the half-bionic aliens and the Admech’s penchant for bionic enhancements make a natural pairing. 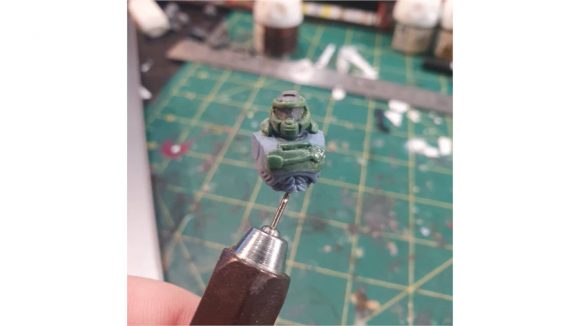 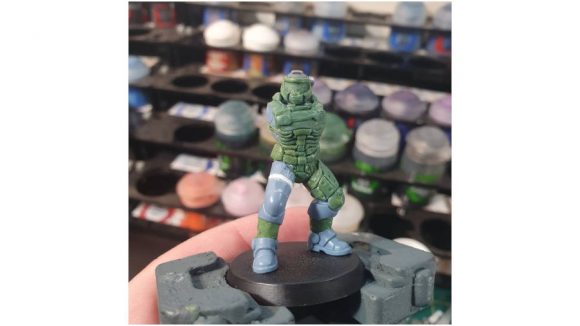 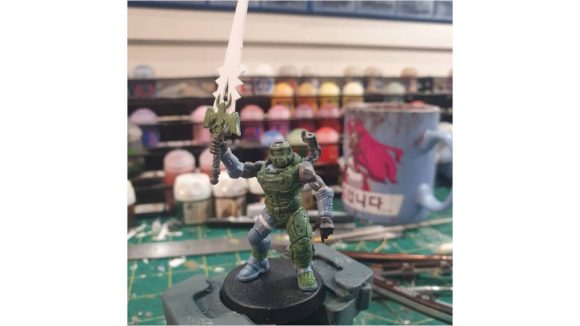 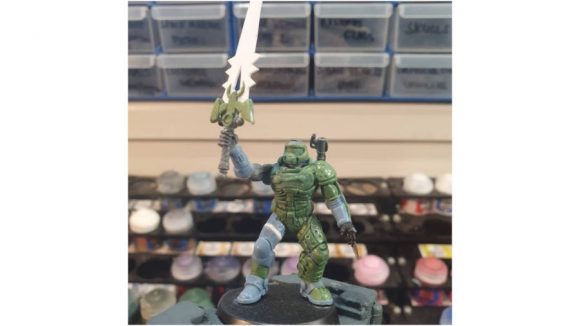 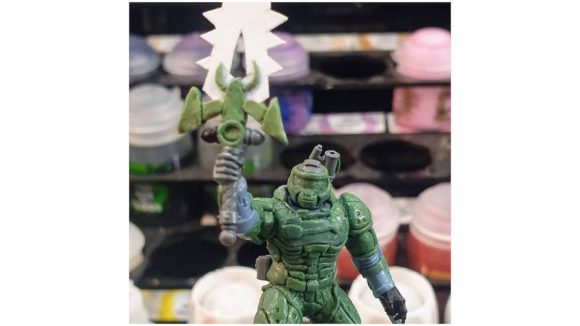 If you’re more into official crossovers, read our list of the five tabletop games that deserve a 40k crossover.