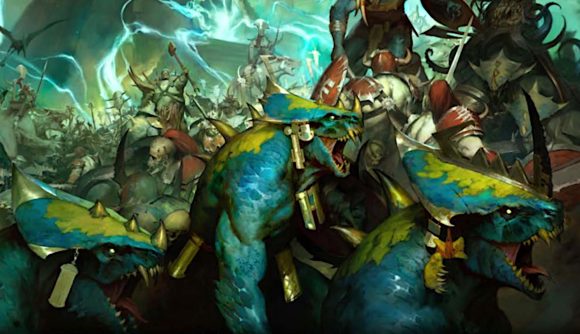 The Seraphon have made their way to Warhammer Age of Sigmar: Soulbound, the tabletop RPG adaptation of the Age of Sigmar miniatures game. Stars and Scales, the latest sourcebook for the game published digitally by Cubicle 7 yesterday, includes material for playing as a Seraphon character, GM resources for using the lizard-people in a campaign, and a collection of one-page adventures.

The sourcebook’s material for creating a Seraphon character is similar to that in other Soulbound books, outlining various subspecies bonuses, subfactions to choose from, more talents, and two new Archetypes: the Skink Starpriest and Saurus Oldblood. However, Cubicle 7 says the Seraphon are intended to be played as one-off guest characters rather than a persistent player avatar, or as occasionally recurring characters for those players who want to join a game every now and then, but can’t commit to a full campaign.

The book’s GM materials outline the history of the Seraphon and their cosmic place in the vast lore of the Mortal Realms, while digging into their typical goals, societal make-up, and how they might interact with a party of Soulbound. It also lists a collection of monster stat blocks, spells, and Seraphon beasts in its appendices.

The one-page adventures, meanwhile, have been designed as one-shots, but can be expanded into larger campaigns if you fancy making the Seraphon a bigger part of your party’s quest. 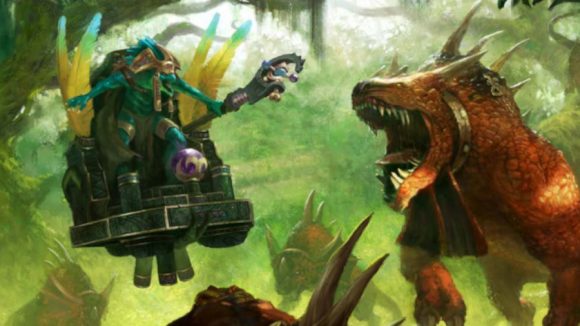 Stars and Scales can be bought as a PDF for $13.20 / £9.59 from the publisher’s site. The supplement is only available digitally, and won’t receive a physical release.

Warhammer Age of Sigmar: Soulbound is the first tabletop RPG adaptation of Games Workshop’s beloved fantasy miniatures wargame. In our review of the Soulbound Starter Set, we praised its smooth introduction to the Age of Sigmar lore and varied player characters, recommending it as a fantastic TTRPG for new players and those familiar with the genre.

The game’s Champions of Death sourcebook will be released later this summer, introducing vampires, ghouls, skeletons, and other races of the Alliance of Death as player characters. Champions of Destruction will follow at the end of the year, and likely bring Age of Sigmar’s Greenskins to the game.

Soulbound’s 40k sibling, Wrath & Glory, also received a new adventure last Friday. We chatted to its writer about what players can expect from it.

Fancy expanding your tabletop collection? Check out our guide to the best tabletop RPGs, and find out what game you should put on your shelf next.