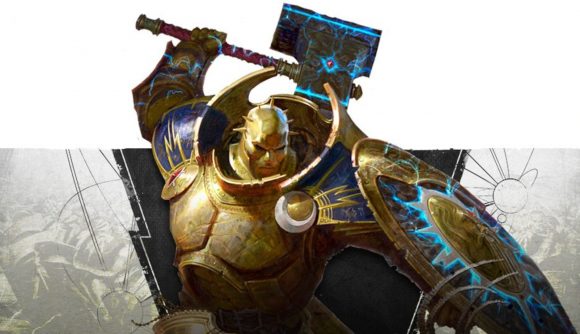 Following the release of Age of Sigmar third edition earlier in the year, the many armies of the Mortal Realms are being updated, starting with the game’s most recognisable heroes. In a Warhammer Community post yesterday, Games Workshop previewed some of the rules we can expect in the new Stormcast Eternals battletome, which will go up for pre-order later this month.

Packing 76 new and updated warscrolls, alongside the usual assortment of lore and faction-specific rule options, the Stormcast Eternals battletome will reportedly focus heavily on thematic battalion structures. New Stormhost subfactions will let you field heavier minis as Battleline units, so you can lean into your favourite, or make a specific unit-type the crux of your army.

The Hammers of Sigmar Stormhost focuses on the Stormcast Eternals’ latest beastly obsession. You’ll be able to take all four types of Dracothian Guard as Battleline units, and field an entire army of dragons if you pick the new Knight-Draconis model as your army’s general.

But the new book isn’t totally dragon-obsessed. The Knights Excelsior Stormhost will let you field elite Annihilators, Decimators, Protectors, and Retributors as Battleline units. Their small mini count is offset by their penchant for offensive buffs, such as the Storm of Annihilation ability, which increases their Hit and Wound rolls by one when attacking units of a greater model count. 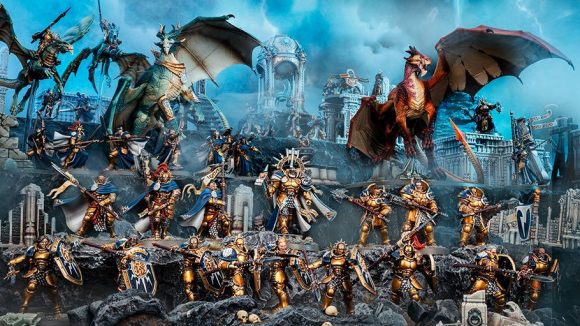 The Astral Templars, meanwhile, are better suited to beast-slaying. Taking Vanguard-Palladors and Vanguard-Hunters as their Battleline units, they combine ranged and mobile cavalry attacks to wear down tougher enemies. Their Beast Stalkers ability, too, lets them avoid all ‘monstrous rampages’ of the enemy (which will prevent them being squished, stomped, or burnt to a pulp).

Games Workshop is billing the third edition Stormcast Eternals as a versatile army that can be adapted to your liking. It fits in with previous iterations of the army, which has always been targeted to new players looking for an easy route into the game, as well as experienced players after more strategic depth. 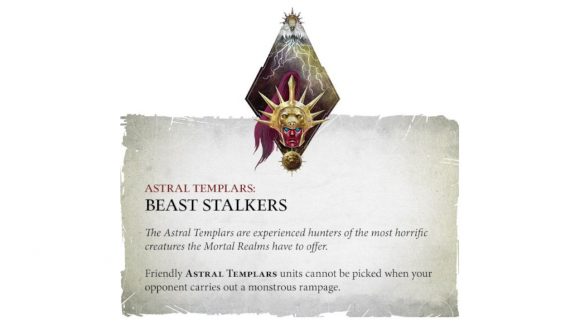 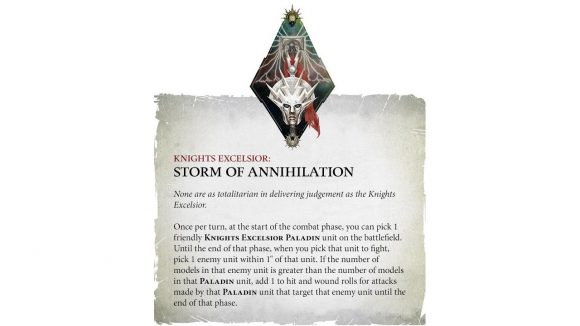 There’s no word yet on an official release date for the new battletome, other than GW’s suggestion that it will be going up for pre-order “soon”. It’s expected to go up by the end of this month.

If the golden Sigmarines don’t do it for you, check out our Age of Sigmar armies guide for a broad overview of the Mortal Realms. Or, read our Skaven guide for an in-depth look at the rat-men.