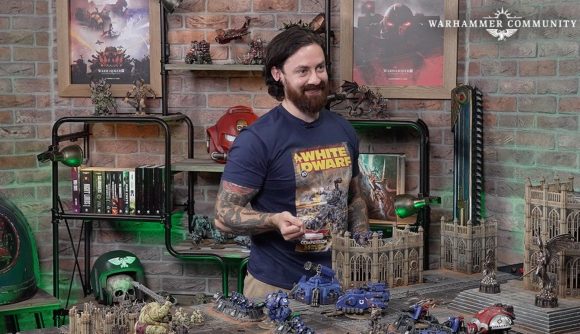 Warhammer TV – the team that runs the television arm of Games Workshop’s new Warhammer Plus service –  is looking to hire a new Gaming Presenter to help “take Warhammer TV to the next level”, according to a new GW job listing. The role requires a “genuine expert” player of Warhammer 40k and  Age of Sigmar, says GW – who can both “play fun, light-hearted games” and “engag[e] tournament players with well researched and accurate content”.

The job ad, which expires on October 31, describes the position as being about creating “amazing gaming video content both live and pre-recorded, from matched play battle reports, to narrative mega-battles, to live coverage of prestigious tournaments and more”.

This description appears to suggest (but doesn’t confirm) that the successful applicant would be working on the Warhammer Plus exclusive Battle Report TV show – currently presented by GW neophyte Patrick Price and Warhammer Community veteran Nick Bayton. But it’s not clear whether a new presenter would replace one of them, or become the show’s third face.

There’s no specific salary listed, but the job ad does confirm you’ll get 33 days paid holiday a year (including eight public holidays, so 25 days excluding those), as well as a profit share bonus, and between 25% and 50% staff discount on GW products. You are, however, required to work at the Warhammer World site in Nottingham, UK – so international applicants would presumably need to relocate before taking up the role.

It comes after news, last week, that GW is also hiring a new ‘IP reviewer’ to watch and assess new Warhammer+ animations and TV shows to verify their lore accuracy, and other key considerations. 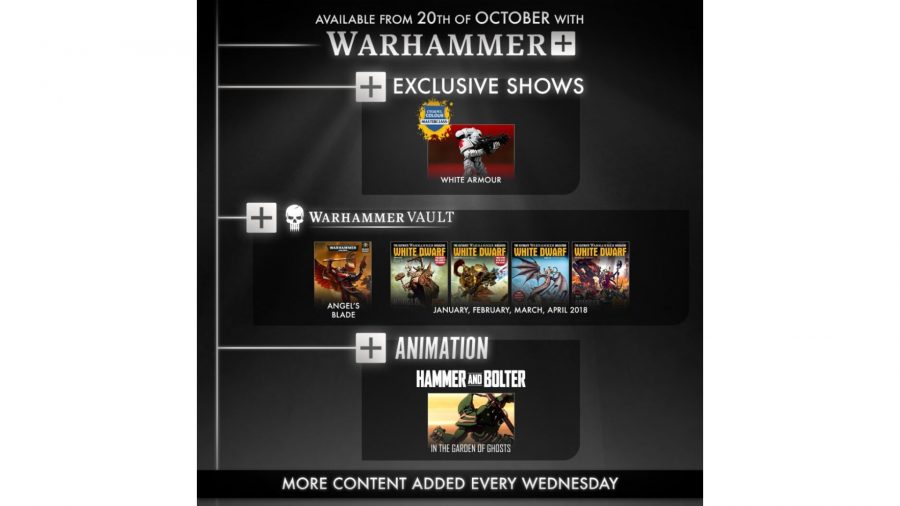 As per Warhammer Community’s weekend roundup, Warhammer Plus’ next content drop (on Wednesday, October 20) will add the Eldar-focused Hammer and Bolter episode ‘In the Garden of Ghosts; a new Citadel Masterclass episode focused on painting white-coloured armour; and five new publications for the Warhammer Vault: the 7th Edition 40k supplement Angel’s Blade, and four more 2018 editions of White Dwarf magazine.

Still on the fence about Warhammer Plus? Our staff writer has his doubts – but reckons it’s worth it for the right kind of fan. Our editor, meanwhile, found the launch a bit of a mess – but thinks its future’s bright.