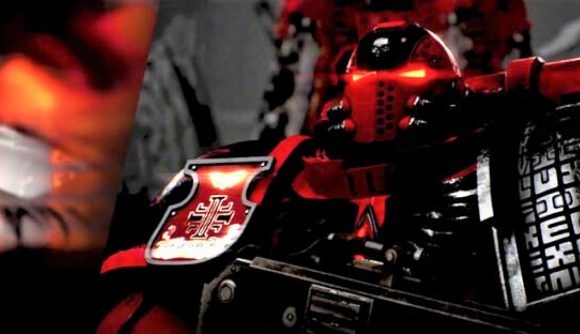 As of Wednesday, Warhammer+ gains episode two of the Blood Angels-themed series Angels of Death (titled The Silent City); a new Battle Report episode pitting Blood Angels Space Marines against Orks; and a new episode of Citadel Colour Masterclass, focusing on how to paint black armour. You can get a flavour by watching the sizzle reel below.

However, there’s still no sign of Warhammer 40k and Age of Sigmar narrative-focused show Loremasters, presented by Wade Pryce – the third in-house TV show which GW had trailed as a main feature of the new service. GW had earlier confirmed the show would not be live for Warhammer+’s launch on August 25, but that the first episode would join the service on September 1 – the delays presumably due in large part to the fact that Pryce had recently undergone two serious lung surgeries. We don’t yet know if we can expect Loremasters’ debut episode in next week’s drop, on Wednesday, September 8 – or whether it’s been pushed back further.

It comes after an August 31 Warhammer Community article revealed that, of all new Warhammer+ subscribers from the previous five days, 75% had chosen the Warhammer 40k Vindicare Assassin miniature as their exclusive Warhammer+ mini, while just 25% went for the Age of Sigmar Orruk Megaboss. 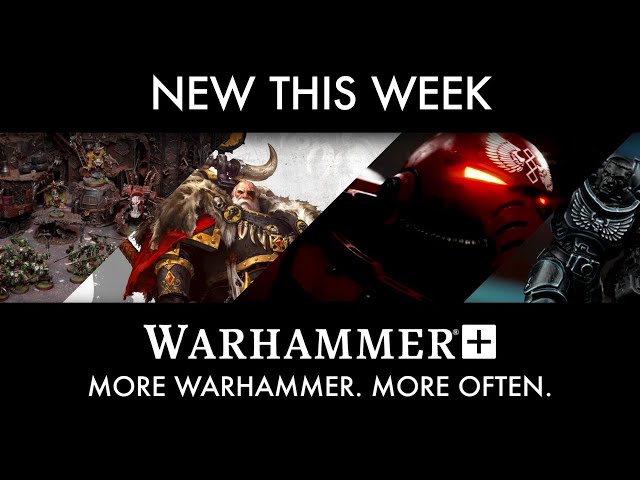 Subscribers will get their free miniature sent out after remaining a paid up member for one year – unless you were an early paid supporter of the Warhammer 40k app, in which case you’ll get yours three months earlier.

And, a magnanimous miniature-wargaming god as ever, GW has released  a few free Angels of Death wallpapers (in PC and mobile flavours) to celebrate the series’ second episode going live. You can download the lot from Wednesday’s announcement article on Warhammer Community. 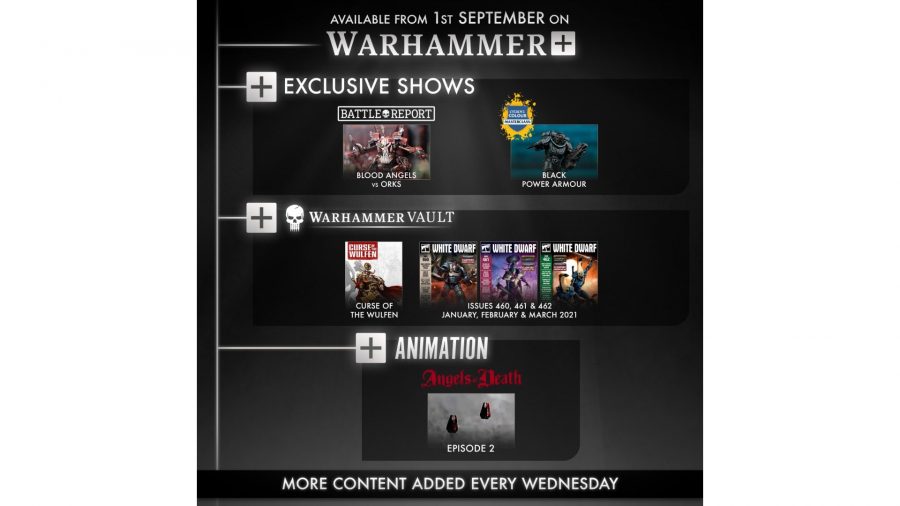 Warhammer+ launched on Wednesday, August 25, with an initial offering of just a handful of the promised Warhammer animations and in-house TV shows, but the promise of bountiful new content drops every Wednesday, in perpetuity.

The subscription also gets you premium access to the Warhammer 40k app (required to use its list-builder function and access 8th edition army rules) and the upcoming new Age of Sigmar app, due to launch later in September. You can dig through all the specifics, such as subscription prices, benefits, and more, in our main Warhammer+ guide.

Alternatively, take a tour of the new edition of Warhammer 40k’s skirmishing sibling game, with our guide to Kill Team Second Edition. Or, if you’re scouting ahead for your favourite army’s next rules update, make sure to stay up to date with our Warhammer 40k 9th edition codex guide.