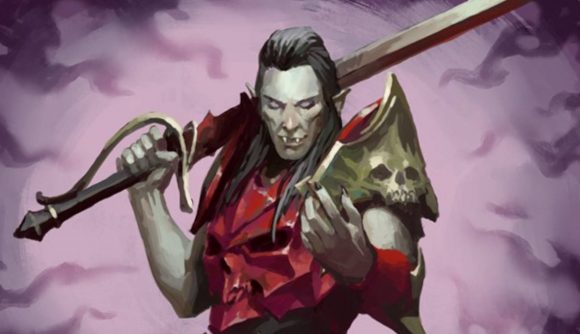 Games Workshops’ competitive miniatures skirmisher Warhammer Underworlds is getting a vampiric addition. Following the announcement of the Soulblight Gravelords army for Age of Sigmar, and the upcoming release of Warhammer Quest: Cursed City, the Crimson Court is the first collection of miniatures to be released of the new Soulblight range, and the next warband to make its way to Underworlds. A Warhammer Community blog post yesterday revealed their thematic rules and a close-up of their miniatures.

Functionally, Bloodthirst is similar to the Inspire condition of other warbands, boosting the fighters’ combat effectiveness. Each Crimson Court fighter is granted different abilities through their Blodthirst state, which may increase their toughness, speed, or strength, and have reportedly been designed to provide versatility to the warband.

The Crimson Court can also become Inspired like any other warband, but their buffs gained through this condition will be overruled when they enter into a Bloodthirst. The idea is that you’ll have to weigh up the value of inspiring your fighters, or letting them satiate their hunger, depending on which boons and buffs are appropriate for your tactical situation. 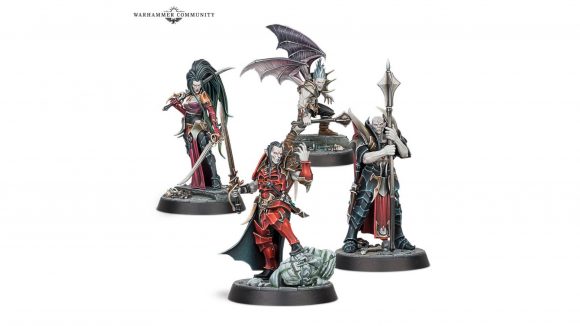 The blog post also revealed preliminary gameplay designs for the warband, including having the Soulblight vampires automatically gain Hunger counters each turn (to replicate their eternal lust for blood). The fighters would become Inspired after successfully removing all hunger counters by killing enemy units – feeding on their corpses to fill their stomachs. A heavily-thematic mechanic, it was axed for making the vampires “almost too cool”, and disappearing from play too quickly. 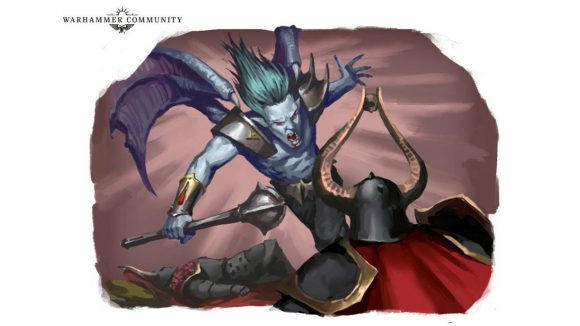 The blog post also revealed a new, closer shot of the Crimson Court’s miniatures. Clad in the jagged plate armour typical of Soulblight vampires, with one sprouting bat wings, the minis look fit for any blood-drinking aristocrat.

Interested in delving into the vast, gritty fantasy world of the Mortal Realms? Read our Age of Sigmar armies guide. Or, peruse or guide to the Age of Sigmar starter sets to get collecting.