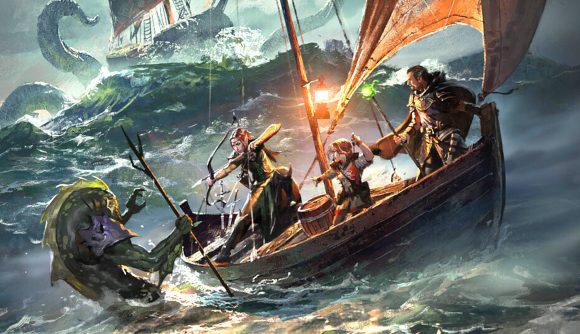 A new entry in the Adventure System series of Dungeons and Dragons board games is on the way. Ghosts of Saltmarsh will be the next instalment in the dungeon-crawler series, and its first expansion pack, according to a BoardGameGeek listing page that appeared this week. Playable with any of the series’ previous titles, the game adds new tiles, miniatures, and a campaign set in D&D‘s cutthroat fishing village of Saltmarsh. It’s slated to release in August, priced at $49.99 / £35.30.

Like other games in the Adventure System series, one to five players will take the role of D&D adventurers, exploring dungeons, fighting monsters, and levelling up their characters across a multi-part, overarching adventure. Ghosts of Saltmarsh’s campaign focuses on the titular, sleepy fishing village, as it’s plunged into war, and includes fresh tiles, monsters, traps, and spells to use in-game.

The expansion also introduces a new game mode, in which players will not explore a dungeon tile-by-tile, but defend a group of villagers from invading monsters across a set map. Eight, unpainted miniatures of the fish-like Sahuagin creatures are also included in the box (it’s become something of a selling point of the Adventure System series to include detailed D&D miniatures that can be used in other D&D games).

However, Ghosts of Saltmarsh isn’t a standalone game, and requires you to have the tokens and hero characters from at least one other game in the Adventure System series to play, including: Castle Ravenloft, Wrath of Ashardalon, Waterdeep: Dungeon of the Mad Mage, Tomb of Annihilation, The Legend of Dirzzt, or Temple of Elemental Evil. 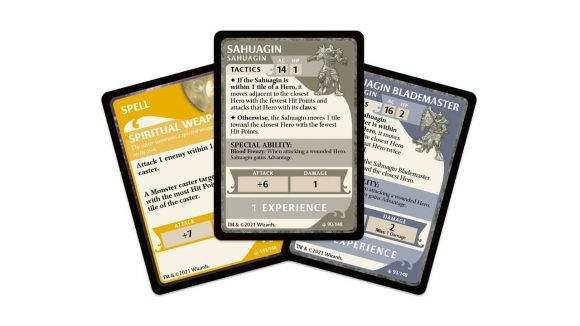 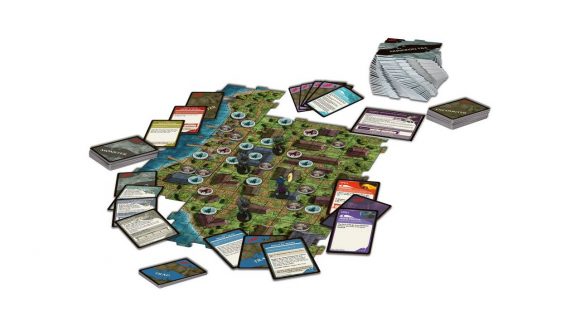 Which of these game that you use to play Ghosts of Saltmarsh won’t have a huge impact, although in cases where rules are not covered by the Ghosts of Saltmarsh rulebook, you’ll have to consult the rules of whichever other game you’re using. There may be some differences between them.

When playing Ghosts of Saltmarsh’s campaign, you’ll also be able to swap in any relevant monster miniatures you have from other games in the series.

The Adventure System series distils D&D’s basic mechanics into streamlined dungeon crawlers, and focuses on back-to-back combat over storytelling. Although a plot ties the scenarios of each game together, and players’ characters level up to gain new abilities across their persistent campaigns, little emphasis, or opportunity, is given to roleplay. 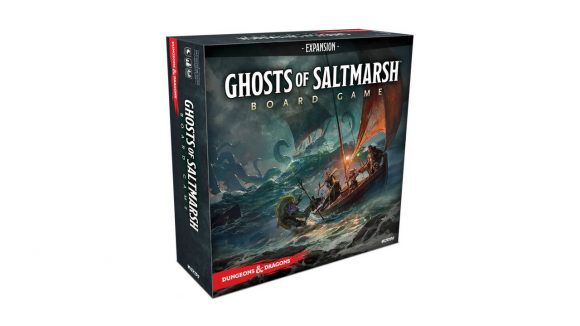 If you can’t wait until August,  read our guide to the best Dungeons and Dragons board games, and see how else you can mix cardboard with the classic tabletop RPG.