The next Dungeons & Dragons book from Wizards of the Coast returns to spooky setting Ravenloft, but ditches the gothic horror tropes of past D&D adventures for more varied genres of terror. Entitled Van Richten’s Guide to Ravenloft, the book contains tools for running campaigns across more than 30 Domains of Dread, each bringing a distinct flavour of horror – from cosmic, to dark, to psychological, and more – as well as two new sub-classes, a new lineage system, and a ready-to-play adventure. The book is set for release on May 18.

A blend of traditional sourcebook and adventure module material, Van Richten’s Guide to Ravenloft includes the usual guides, maps, tips, illustrations, narrative content, and 40-pages worth of new monsters, for dungeon masters to run horror-filled adventures across the various domains that make up the realm of Ravenloft. Each of these Domains of Dread leans into a particular type of horror, intending to move beyond the typical gothic horror settings explored in previous D&D campaign settings, and in some cases revamp old settings with a new spin.

Among these are Falkovnia, a zombie-filled world that moves the setting and style of typical zombie apocalypse literature to a fantasy world; Kalakeri, a magical rainforest environment with roots in Indian folklore and mythology, based around two rival political factions vying for control of the realm; Lamordia, which takes influence from Frankenstein, mad alchemists, and the grotesque creations of science gone wrong; and Dementlieu, a twisted fairytale world that draws from the terrors of childrens’ stories.

Of course, fan-favourite Barovia, the realm of vampire lord Strahd von Zarovich, is also included, with the same gothic horror theme it has previously presented. Although the book has reportedly been written to shine a light on new areas of Strahd’s character and deeds, including his search for his true love, Tatyana. 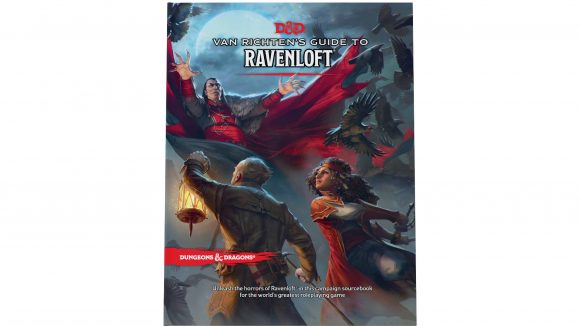 Wizards of the Coast says each Domain of Dread has been written as a small “horror fun-house”, feeling like a micro-setting with their own characters, storylines, and a particular ‘Dark Lord’ ruling over the domain – usually posing as the antagonist to your adventuring party. DMs are encouraged to freely alter the domains, but each comes with a story hook and suggestions for how DMs can tie them into their campaign.

Alongside the domain guides, Van Richten’s Guide to Ravenloft also includes a new player lineage system. Teased a few weeks ago in Unearthed Arcana playtest materials, the lineages function as alternatives to player races. You can become a dhampir, hexblood, or a reborn in lieu of a traditional character race, each bringing particular physical buffs, but notably dispensing with the, much criticised, cultural traits that have traditionally been tied to race choices. 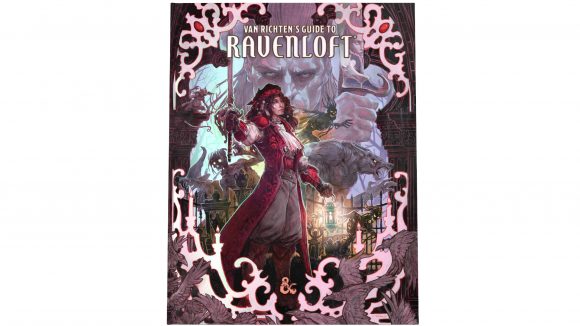 The book also introduces two new sub-classes. Bards can join the College of Spirits to draw upon powerful spectral beings in combat, while Warlocks can forge an Undead Pact with otherworldly horrors, such as vampires or liches, to earn new powers at the cost of their own mortality.

Also in the book is a pre-written 20-page adventure, entitled The House of Lament. Focussing on one of Ravenloft’s most notorious haunted houses, the adventure will have your party exploring the house and conduct a seance, before trying to escape the terrors that you awaken inside. 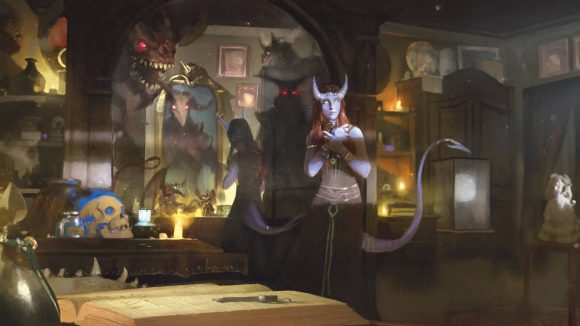 Speaking about the book, Wes Schneider, Lead Designer on Van Richten’s Guide to Ravenloft, said: “I’m a huge fan of all things horror, so it was an absolute thrill to frame this book around bringing frightening elements like mummy lords, cosmic terrors, and urban legends to more D&D tables.”

“Working with exciting new voices in horror and visual artists like D&D concept artist Shawn Wood was essential to make sure we’re updating the aesthetic for today’s fans while staying true to the roots of Ravenloft.”

The book will release as a 256-page hardcover on May 18 in a standard type and an alternate cover featuring a glossy, metallic finish.

If you’re keen to excite your senses with terrifying horror roleplay, but don’t know where to begin with the humungous beast that is D&D, read our guide on how to play Dungeons and Dragons’ starter set, or peruse our pick of the best tabletop RPGs for more inspiration.