Dungeons and Dragons fans who have been following the Children of Éarte series will find there’s no new episode this week. Instead, Demiplane streamed On the Éarte, a talk-show style interview on its Twitch channel and YouTube channel. Last month’s On the Éarte saw Dungeon Master Deborah Ann Woll talk about hit points (and the severe lack of them in the series so far). This month, though, host Sam de Leve sat down for a chat with player Lauren Urban – better known to fans of the show as Carolyn ‘Neb’ Stern.

Urban and de Leve offer a deep dive into Neb’s character – her motivations, her backstory, and a little bit of her character sheet too. We also learn more about the aspects of playing Children of Éarte (and D&D in general) that give Urban the most joy.

If you’re more of a reader than a streamer, we’ve put together a write-up of Lauren Urban’s Q&A below. Your regular Children of Éarte episode reviews will resume next week, but you can still check out our episode directory to refresh yourself before then.

Before we carry on to the interview, here’s that handy Children of Éarte episodes directory: 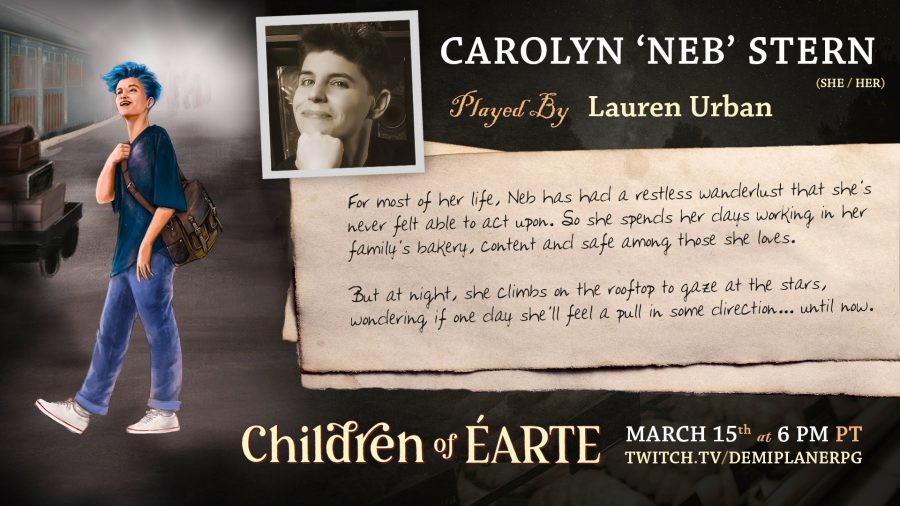 Sam de Leve: How much adjustment is there on character sheets to the modern setting?

Lauren Urban: There’s a lot – especially with Neb. After the last episode, people have an idea of what kind of magic person [character class] she’d be. A lot of the stuff on her character sheet has kind of been reflavoured, and it’s been fun to figure out how to modernise that – but a lot of it comes from her backstory, and a lot of her skills are 100% right out of New York City.

How much do you know about Neb that Neb doesn’t know?

Not very much. I don’t think Neb has as many secrets as the other characters – which means I’m excited to find out about the other characters Neb is hanging out with. She’s quite simple and straightforward, so there are only a few things I know that she hasn’t discovered yet. It’s been really gratifying as a long-term D&D player to not gloss over these early bits – when they do happen, they’re special.

Game on: Here’s a guide to DnD games

Have you played a lot of low-level or level one stuff before?

My sweet spot for a lot of the games I run is level five – just enough power to feel powerful but not enough that you can’t do everything on your character sheet all at once. This is the first time where those first couple of levels, we’ve savoured them as much – it’s usually that we’re at level one to establish things, then we get to a couple of levels fairly quickly.

How many times have you gone down to one HP?

I’m way more nervous for Neb than Neb is – after this episode, she’s starting to realise that this adventure is coming with a lot more danger. It’s definitely been more than once. 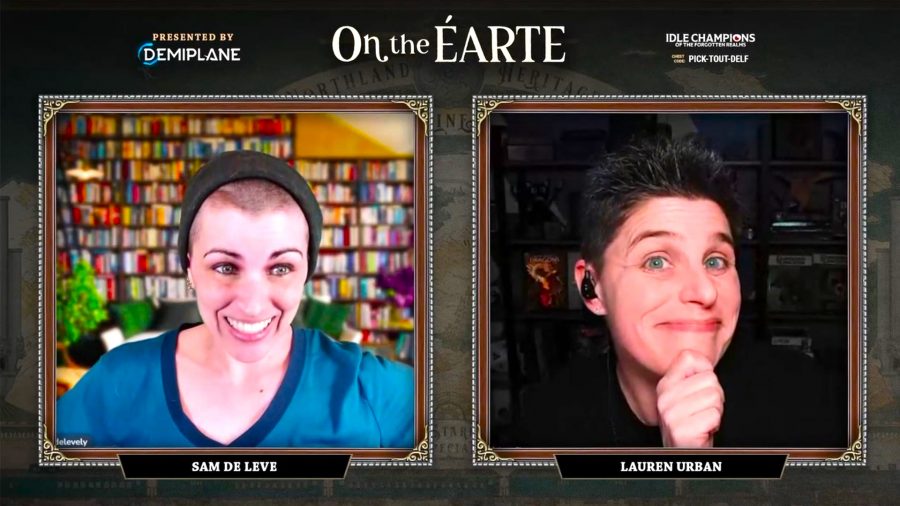 We’ve seen in a couple different ways that Neb puts kindness first and is very brave to do so. Can you talk a bit about where she gets that?

Some of that is her personality, and some of that is her finally having a drive in her life (which we haven’t talked about too much in the game yet). This is the first time in Neb’s life that she’s had a calling, so she’s been a bit more reckless than I think she would be in other situations. It’s a little bit of me having a character who’s willing to jump into the fray – not being completely reckless, but being the person who is willing to lick the door.

What do you think ignites that drive in her for ‘the first time’? Is it curiosity or is there something else at play?

"This has become her focus, and it’ll be interesting to see the good and the bad that comes from that"

It’s curiosity, but she’s young-ish – she’s mid-20s – but it’s pretty easy to say she hasn’t known what she wants to do in her life yet, and a lot of people can probably relate to the feeling of ‘I’m a young adult and I should go figure out what I want to do with my life’, but she hasn’t figured it out yet. She’s been kind of in this stagnant place for a while, figuring out where she wants to go and waiting for inspiration or an activity that excites her for more than a couple days. This has grabbed her in that way. This has become her focus, and it’ll be interesting to see the good and the bad that comes from that. 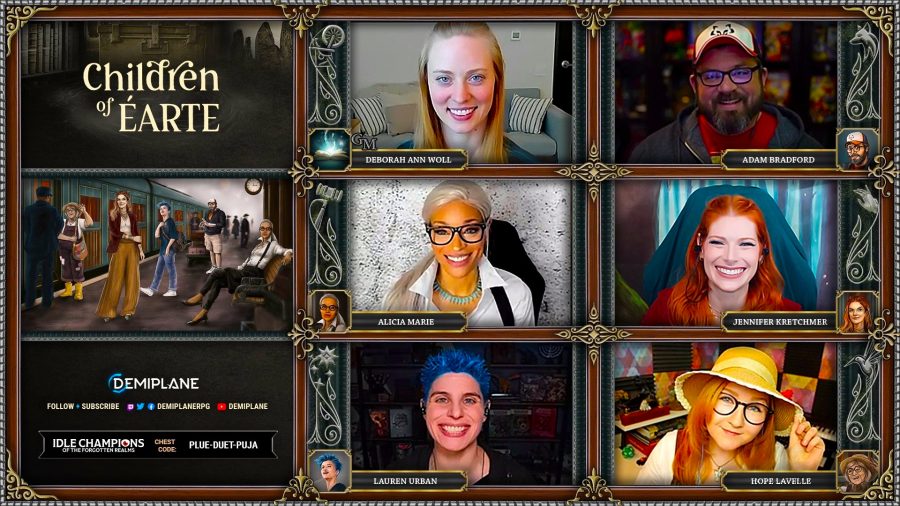 She is fascinated and loves it all. For her, the door, what was inside the room, everything that’s been going on with the train, the more fantastical things have been happening, she’s been on board to believe what she’s seeing – and believe what she’s feeling – very quickly. It’s not that she’s believing anything, I don’t want to say she’s gullible, but she’s not questioning her own experiences.

Set the scene: These are the best DnD settings

Can you give us some hints as to what we should look for vis-à-vis the importance of Neb’s pet rock?

Emotionally, there’s a history there which will probably come up as these characters finally have a chance to talk with each other. These characters don’t know each other very well yet, and I know Neb is very curious to start putting clues together – who are you, where are you from, why are you on this train? She’s assuming this isn’t random. Emotionally there’s significance to the rock, and mechanically there’s a big significance to the rock. It’s a touchstone in her life. 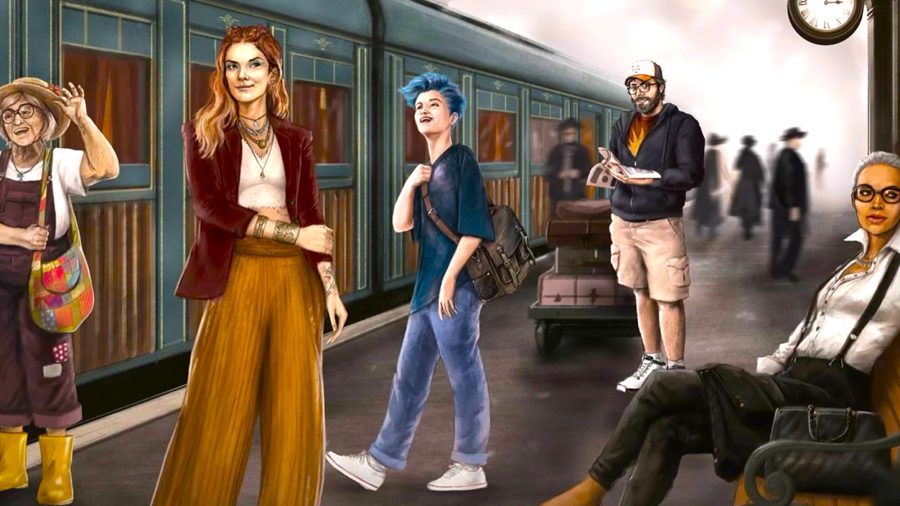 Neb and Robin seemed to know each other in episode one, are we gonna learn more about that?

I hope so. I know we’re not the only characters who had a connection. It was a fun thing that Hope [LaVelle] and I talked about beforehand. Robin is a character with so much experience, and we figured as we’d all been in New York City for a time, the idea that we might have encountered each other would be fun. It’s been a very long time, but they do know each other. Robin remembers Neb before she had the blue hair, and she’s been dyeing her hair for a while. Neb is super happy to see Robin as someone who is a fan of listening to people tell stories about their life – and we know Robin has had a lot.

Neb has confirmed that she’s Jewish, which is unusual for a TTRPG character. Can you talk a bit about why you made that choice?

My family grew up in New York City, so the accent I do is second-hand authentic. There are a lot of specific things I pulled from my history where we were creating characters based in the real world. Neb’s family is quite expansive, she is surrounded by loving family, and the more I was fleshing them out, the more my own Jewish heritage came out. This is a family who owns a bakery in New York City – of course they’re gonna be making challah bread, why wouldn’t they?

She is also like me as she is not the most devout Jew. I’m treading lightly as I don’t want people to think I know everything about this culture. I’ve been to a lot of Bar Mitzvahs, but I haven’t had one myself – and she’s in a similar situation. 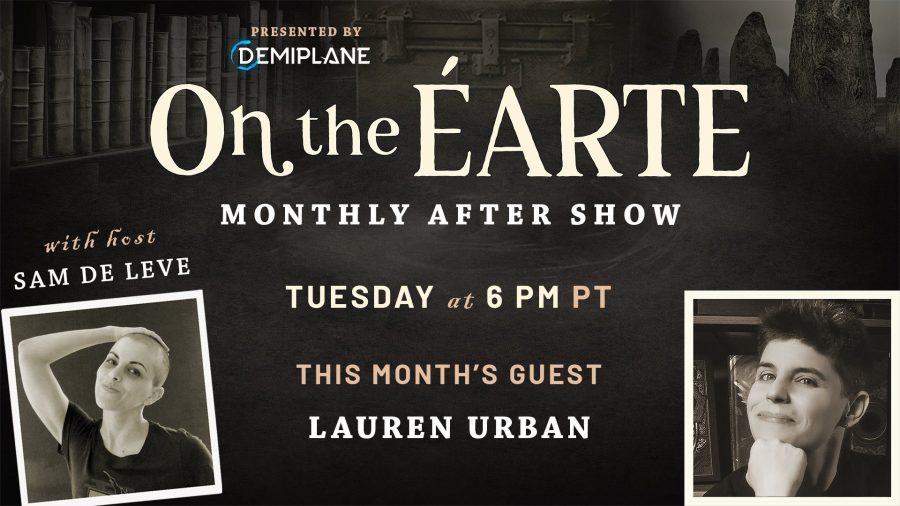 What is your favourite part of Neb that, biographically, is Lauren? What do the two of you share that you’re really happy about?

Some of her joy at the magic that has started to happen, I would like to think I’d have the same reaction. I’d like to think, in that situation, the wonder of it all would be the primary emotion. I wanted her to be more excited than scared, and I think that was part of me.

I know a lot of people like to contravene the murderous reputation of D&D players and make friends with everything – is that something you do often at your tables, or is Neb an exception?

A little bit of both. As a DM, I definitely like having non-violent ways out of conflict. I try to only have violence as the answer when it’s a force of nature, some Far Realms beast that there’s no talking to. But if there’s motivation there and people want to take the time to reason with or scare them off, I allow that as much as possible as a DM.

With characters, I tend to vacillate. I’m not often a murder hobo, but I’ve definitely had characters be like, ‘oh you’ve attacked us, and I’m quite happy to defend myself and kill you.’ Neb will defend herself, but we haven’t got into many battles so I’m still learning about her.

What are you most excited for the audience to learn about Neb?

There is a story behind why her voice is the way it is. My choice of her voice is a very intentional story thing, and if it comes up I will be very happy.

What is the Éarte? Demiplane, Spelljammer, hub? What do you think?

It’s Deborah. It’s in her brain, and I’m happy to be there.