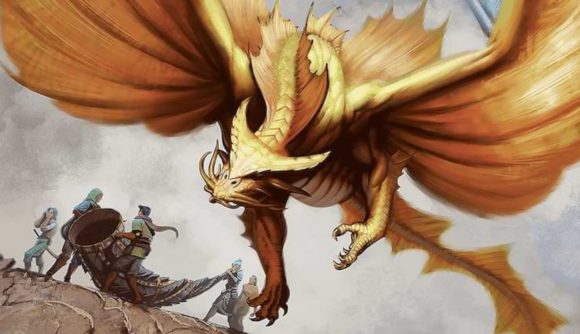 Fizban’s Treasury of Dragons releases into the wild today, but before you get your hands on a copy there’s one final preview to explore. Three of the book’s new feats were yesterday revealed by D&D Beyond, giving us a taste of the draconic powers that will soon be bestowed upon us. Each of the feats is styled as a ‘gift’ from a particular type of dragon, aping their typical qualities.

Gift of the Gem Dragon is designed to imitate the shimmery serpents’ psionic abilities. The feat adds +1 to a player character’s Intelligence, Wisdom, or Charisma, and lets you release a burst of telekinetic energy as a reaction, dealing 2d8 force damage that also pushes enemies 10 feet away. Given its boost to any of the three casting stats, the feat looks suitable for all magic-using classes, but might be best for those war mages that like to get stuck into the melee.

Gift of the Chromatic Dragon, meanwhile, leans into the powerful resistances of the colourful drakes. With this feat, player characters can use their reaction to give themselves resistance to a single instance of acid, cold, fire, lightning, or poison damage. On top of that, you can also use a bonus action once per long rest to add an extra 1d4 elemental damage to a simple or martial weapon for one minute.

Finally, Gift of the Metallic Dragon provides support buffs, aping the dragons’ typically good natures. The feat grants the ability to cast Cure Wounds once per long rest without expending a spell slot, while also letting you sport a pair of spectral dragon wings that can boost a target’s AC by a number equal to your proficiency bonus when used as a reaction. The free spell will be a boon to any character – and you party Cleric might be thankful they’re no longer solely relied upon for healing – and dragon wings are equally universal.

The D&D Beyond article suggests players might earn these feats as a gift from a powerful patron, a reward for their adventuring, or as a consequence of their draconic heritage. Either way, although the feats are definitely dragon-themed, they’re applicable to a lot of D&D builds. 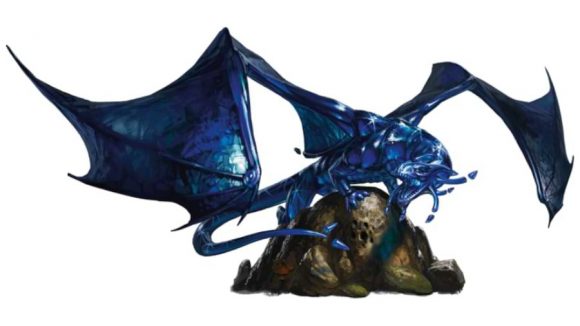 These feats aren’t the only previews of Fizban’s Treasury of Dragons we’ve had. Wargamer had a sneak peek at a couple of the new magic items coming in the new book, including a Dragon Vessel that can magically fill with all manner of useful nectars, and a Scaled Ornament that grants various draconic buffs.

Last week, D&D Beyond also published a free draconic adventure to prepare you for the new book. A rather strange piece, you’ll play as a group of Young White Dragons that must infiltrate a rival dragon’s lair to retrieve a clutch of eggs.

Fizban’s Treasury of Dragons releases today, October 26. Prepare to plunder some dragon hoards with our handy D&D classes guide, and our rundown of the D&D 5E races.