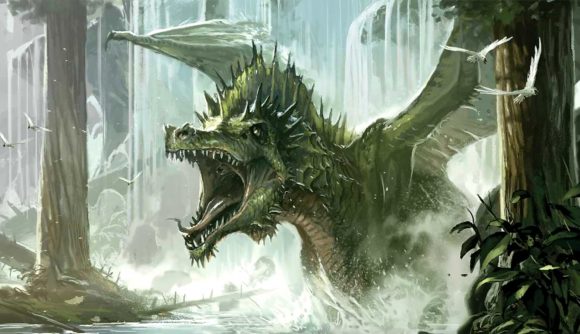 To coincide with the upcoming release of Fizban’s Treasury of Dragons, the latest D&D sourcebook, D&D Beyond has released a free dragon-themed adventure. The White Dragons Hunt is a short one-shot adventure that will have you infiltrating a Crystal Dragon’s lair to retrieve a clutch of eggs.

Rather unusually, you won’t be playing as a party of adventurers, but a group of Young White Dragons. The adventure recommends substituting the usual D&D character sheet for the Young White Dragon stat block in the online basic rules, and playing the dragon just as you would any other character. Considering the creature has 133 Hit Points, an AC of 17, can make a Cold Breath attack for 10d8 damage, and has a bevy of saving throw modifiers, it’s not exactly a bad build.

In the adventure itself, your party of dragons must infiltrate the lair of a rival Crystal Dragon, and reclaim the eggs of your mother that were stolen from her. You’ll have to deal with some troublesome villagers to break into the lair, make your way through its several chasms, solve a riddle, defeat a band of seasoned adventurers that are standing in your way, and locate the eggs among a string of traps.

The adventure has been written for three to four players, and can be played in two to three hours. It also includes a map of the Crystal Dragon’s lair, which has been reprinted from Fizban’s Treasury of Dragons. You won’t find the lair’s main inhabitant, however, and the D&D blog post encourages you to buy the full book if you want stats for the Crystal Dragon. 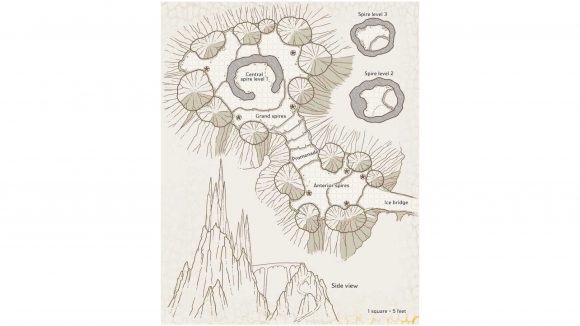 Fizban’s Treasury of Dragons is the next D&D book to release for the tabletop RPG, and is billed as the comprehensive guide to all things dragons for 5E. It includes a bestiary of 20 dragons, new subclasses and Dragonborn player options, sections on how to use dragons in your homebrew adventures, as well as a ‘Draconomicon’ exploring dragon lore, lairs, and hoards.

We’ve already previewed some of the unique magic items coming in Fizban’s Treasury of Dragons, which is due to release on October 26.

While you wait, check out our pick of the best D&D character builds in preparation, or read our guide to D&D classes if you’re embarking on adventure for the first time.