Dungeons and Dragons is getting a tad more literal in its next sourcebook. Fizban’s Treasury of Dragons will focus on the quintessential fantasy monsters to serve up a dollop of draconic-themed content for your next campaign. Billed as the comprehensive, one-stop guide to everything dragon-related in 5E, expect to become well acquainted with the scaly serpents, whether you’re a player or DM.

Fizban’s Treasury of Dragons will be split into three main sections: player options that span new subclasses and Dragonborn ancestries; DM resources for hosting fire-breathing adventures, alongside various lore dumps that touch on the history of Dragonkind; and a bestiary containing stat blocks and descriptions for all manner of beasties.

To keep you up to date with this abundant supply of serpentine sorcery, we’ve collated everything you need to know about Fizban’s Treasury of Dragons in this handy guide. Before the doddering archmage takes you through the draconic mystery, let us be your guiding hand to its release.

The next book to release after The Wild Beyond the Witchlight, this draconic tome will soon be in your hands.

Fizban’s Treasury of Dragons will now release on October 26, following Wizards of the Coast’s announcement that the book had been delayed by one week. It’s available to pre-order now in hardcover, or digitally through D&D Beyond. 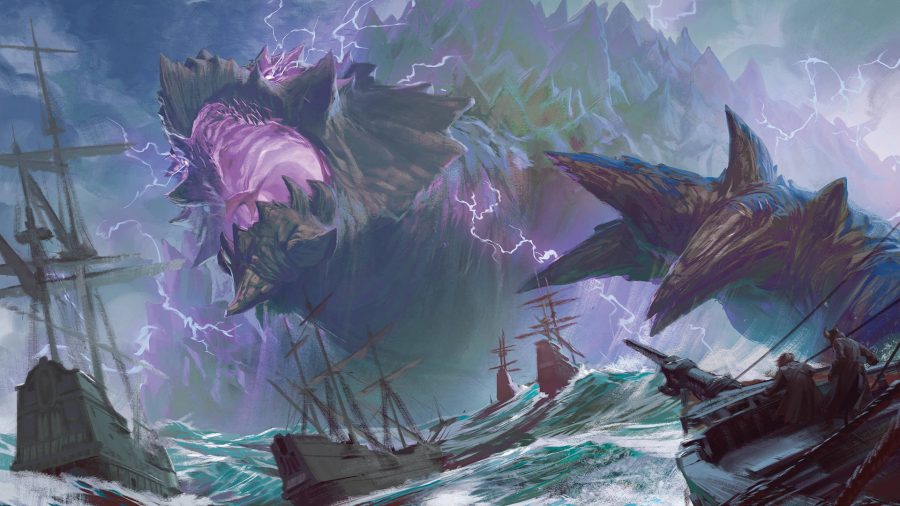 Fizban’s Treasury of Dragons looks to be serving up a bumper crop of DM resources. Much of this will focus on explaining the diversity of dragons, so DMs can run their own dragon-focused encounters and campaigns.

The book will include full descriptions and explainers of 20 different types of dragons, highlighting what makes them distinct from one another, and how they might fit into a narrative adventure. Each one will have an accompanying table of personality traits, adventure hooks, maps of their lairs, and information about the sorts of objects they covet for their hoard. The idea is to not only provide lore for DMs to use in their game, but to give you the opportunity to create dragons of your own that conform to a particular type.

Among the roster of beasties will be the psionic Gem dragons – spanning amethyst, crystal, emerald, sapphire, and topaz varieties – who are making their appearance in 5E for the first time. They’ll be joined by metallic and chromatic dragons, although there’s no word yet if another category will emerge to join them. 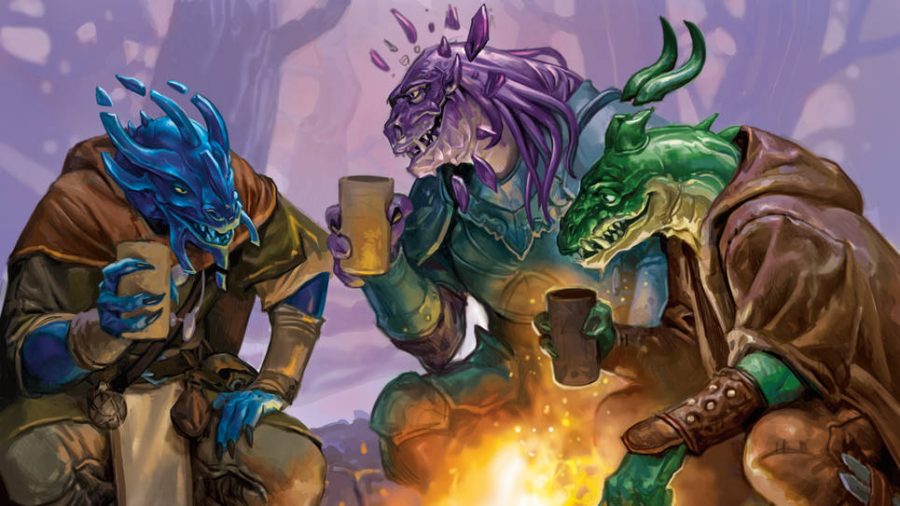 Fizban’s Treasury of Dragons isn’t just for DMs, though. Roughly a third of the book will be given over to outlining new player options. Foremost among them is the new Dragonborn subraces. You’ll be able to create a Dragonborn character with Prismatic, Metallic, or Gem ancestry, providing new abilities and resistances that interlink with the lore of the three classic dragon types. You can get a feel for the subraces with the previously released Draconic Options Unearthed Arcana.

Template ready: These are the best D&D character builds

The book will also include a couple of new subclasses – the Drakewarden for Rangers, and The Way of the Ascendant Dragon for Monks – as well as resources for tying any class to a dragon, such as having a Paladin devoted to the dragon god Tiamat. Alongside that, expect new 5E spells, 5E feats, and ‘Hoard Items’, which take on greater magical potential and characteristics after spending time in a dragon’s treasure hoard. 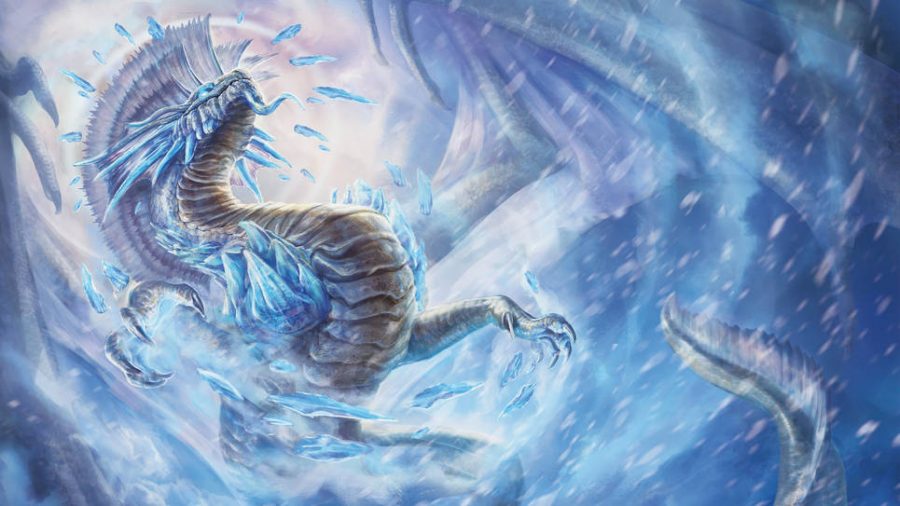 The final section of Fizban’s Treasury of Dragons is its bestiary. A catalogue of the various serpentines that populate D&D’s world, it’ll cover everything from the mighty Gem dragons to tiny drakes.

We’ll have to wait for the book’s release for its full contents, but so far we know it will include stat blocks and descriptions for: 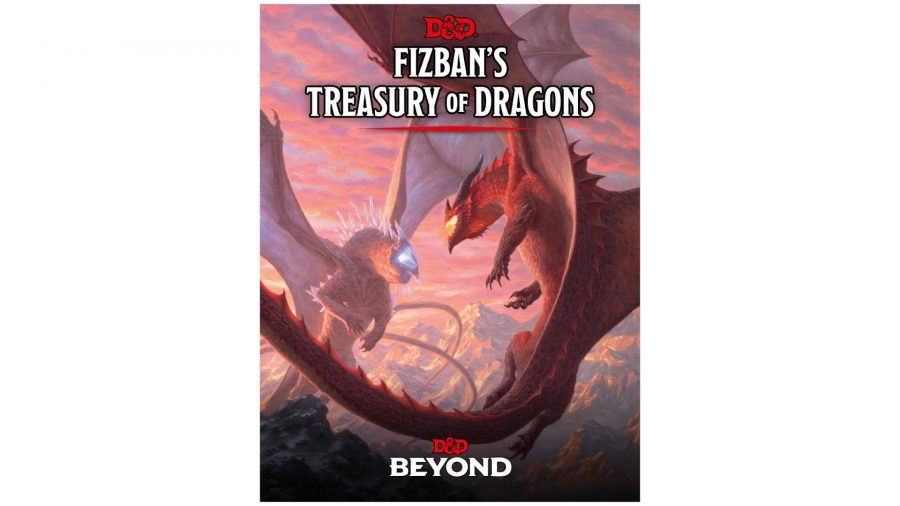 Wizards of the Coast has made clear that Fizban’s Treasury of Dragons will cover D&D’s vast multiverse, not only its popular Forgotten Realms setting.

Throughout the book, we’ll be given lore on the First World – the place that all planes of existence stemmed from and are a reflection of, in which the laws of physics change haphazardly, and chaotic forces work. It was last touched on in Tasha’s Cauldron of Everything, but here we’ll get to find out how dragons played a vital role in its creation and destruction, with a special focus paid to the two infamous god dragons Tiamat and Bahamut.

There’s also been mention the book will explore how dragons communicate across the D&D multiverse through the echoes of themselves that transmit through each world and intertwine into powerful great wyrms.

Back on earth, however, we’ll also hear more about the titular Fizban the Fabulous and his role in the War of the Lance that took place in the, very dragon-heavy, Dragonlance setting.