Since 1974, Dungeons and Dragons has been providing gamers with unforgettable experiences through immersive and interactive narratives that combine storytelling and imagination. It’s no wonder it’s become arguably the most iconic role-playing game, and its impact, both on gaming and on the fantasy genre at large, is immeasurable. If you’re looking to buy a gift for your ride-or-die quest companion (or just a friend who rolls a twenty-sided die every time they’re making a decision) , then we’ve got some a great selection of Dungeons and Dragons gift suggestions for you.

One of the joys of D&D is that feeling that literally anything can happen. The game and its events are shaped by your own creativity, allowing for infinite possibilities. While there’s not quite an infinite selection of Dungeons & Dragons gifts, there’s a lot to get through, from crossover sets to D&D-inspired jewelry.

Another reason that D&D gifts are a great choice is that they can be uniquely personal, tying into each player’s own ideas and characters. Whether they’re playing as a wise-cracking warlock or a bull-headed barbarian, you can find something to suit every player in this handy guide.

Here are our recommendations: 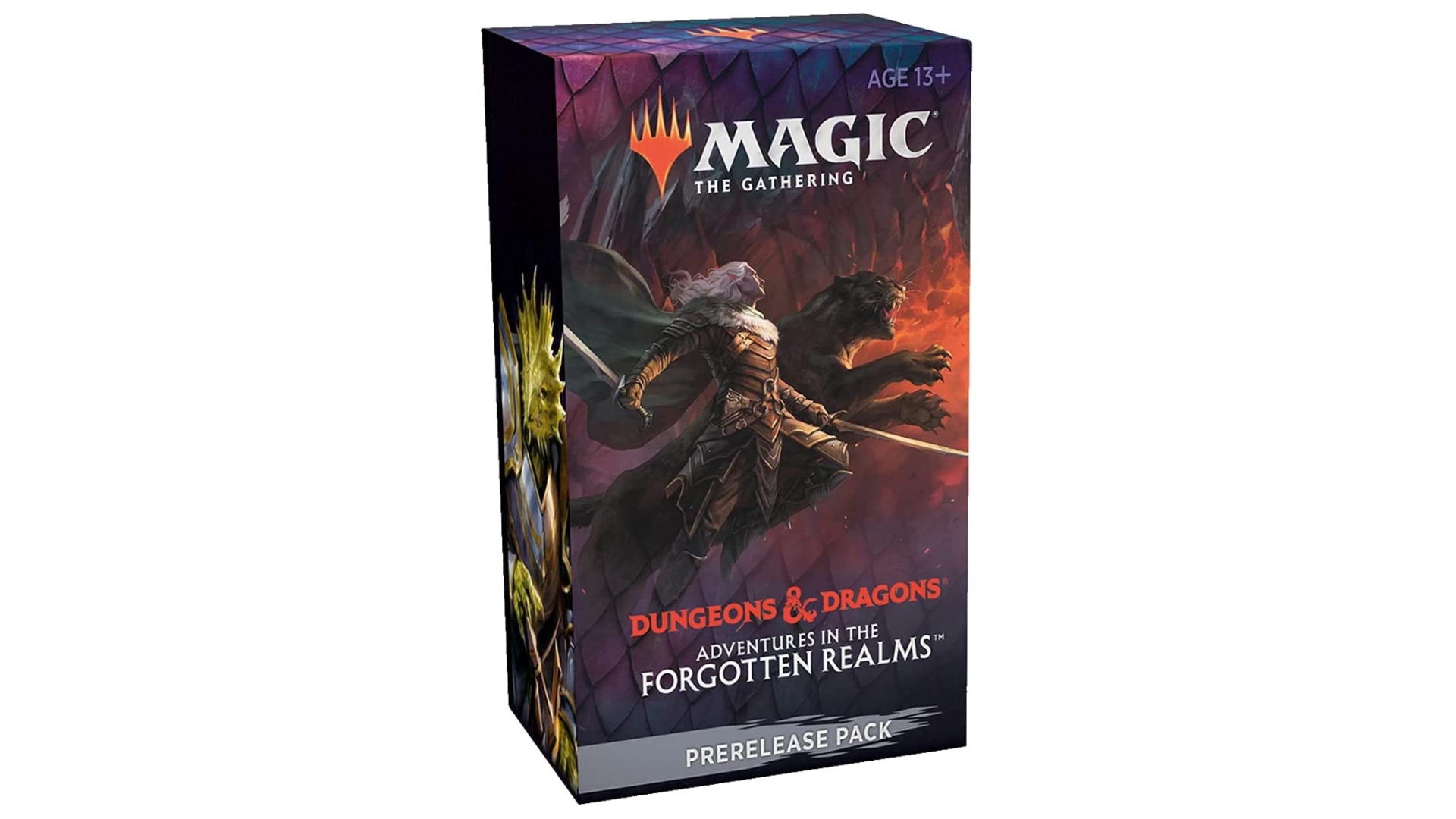 Magic The Gathering x Dungeons and Dragons: Adventures in the Forgotten Realms

Do you know someone who’s a fan of both Magic: The Gathering and Dungeons and Dragons? If so, the MTG x D&D crossover game, Adventures in the Forgotten Realms could be a wonderful gift. It takes the basic gameplay of MTG, but then mixes in characters, settings and mechanics from D&D. Always wanted to get your D&D friend into MTG? Well, here’s your gateway drug. It may well be worth investing in the bundle set too, which includes 10 additional booster packs. 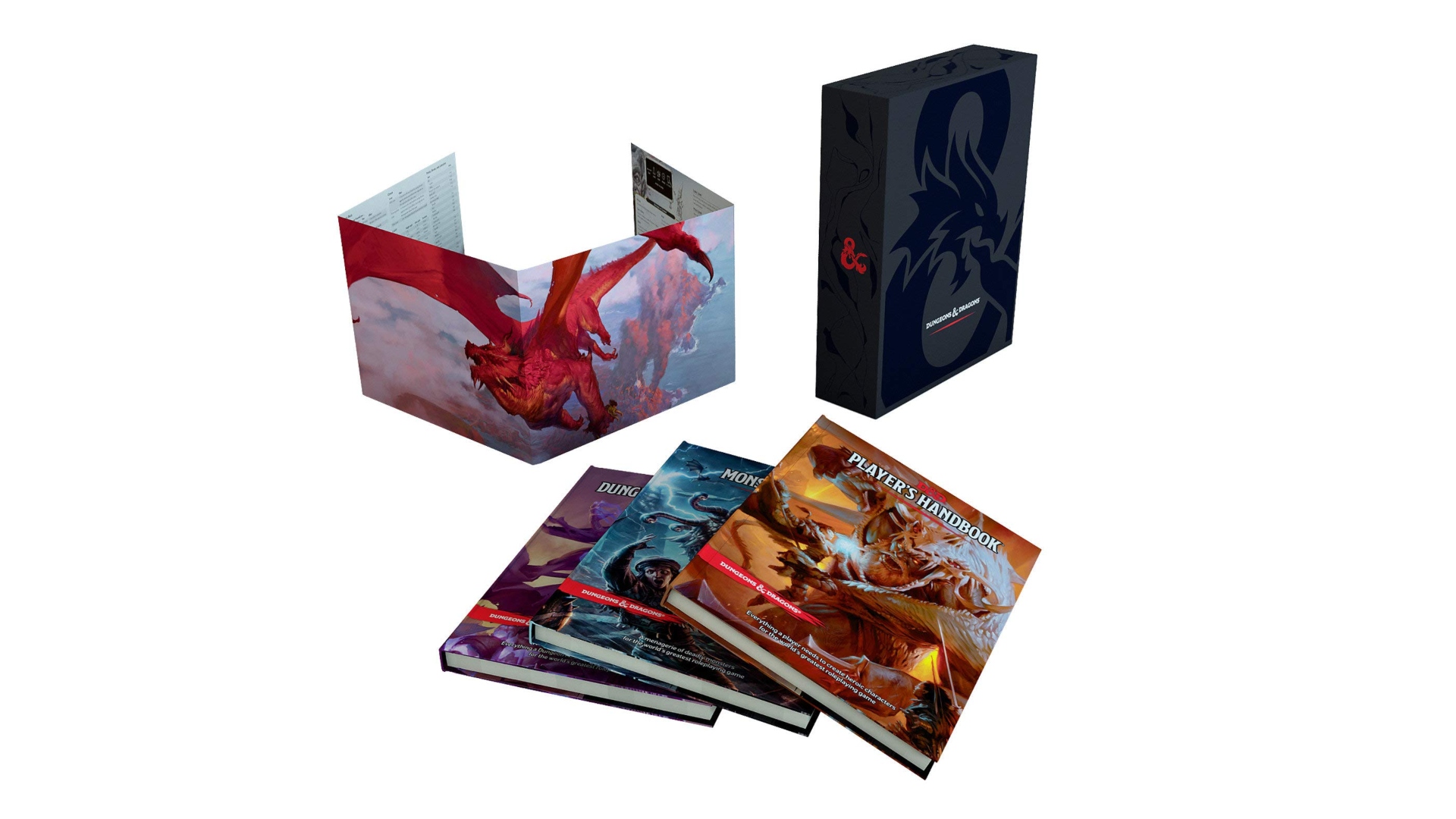 If you know somebody who loves a bit of D&D but has been relying on some blurry PDFs for years, then this gift is sure to be a welcome one. The Player’s Handbook, Dungeon Master’s Guide and Monster Manual are all included in this lavish set, which also includes a beautiful foil DM screen (which also makes this great for aspiring DMs). 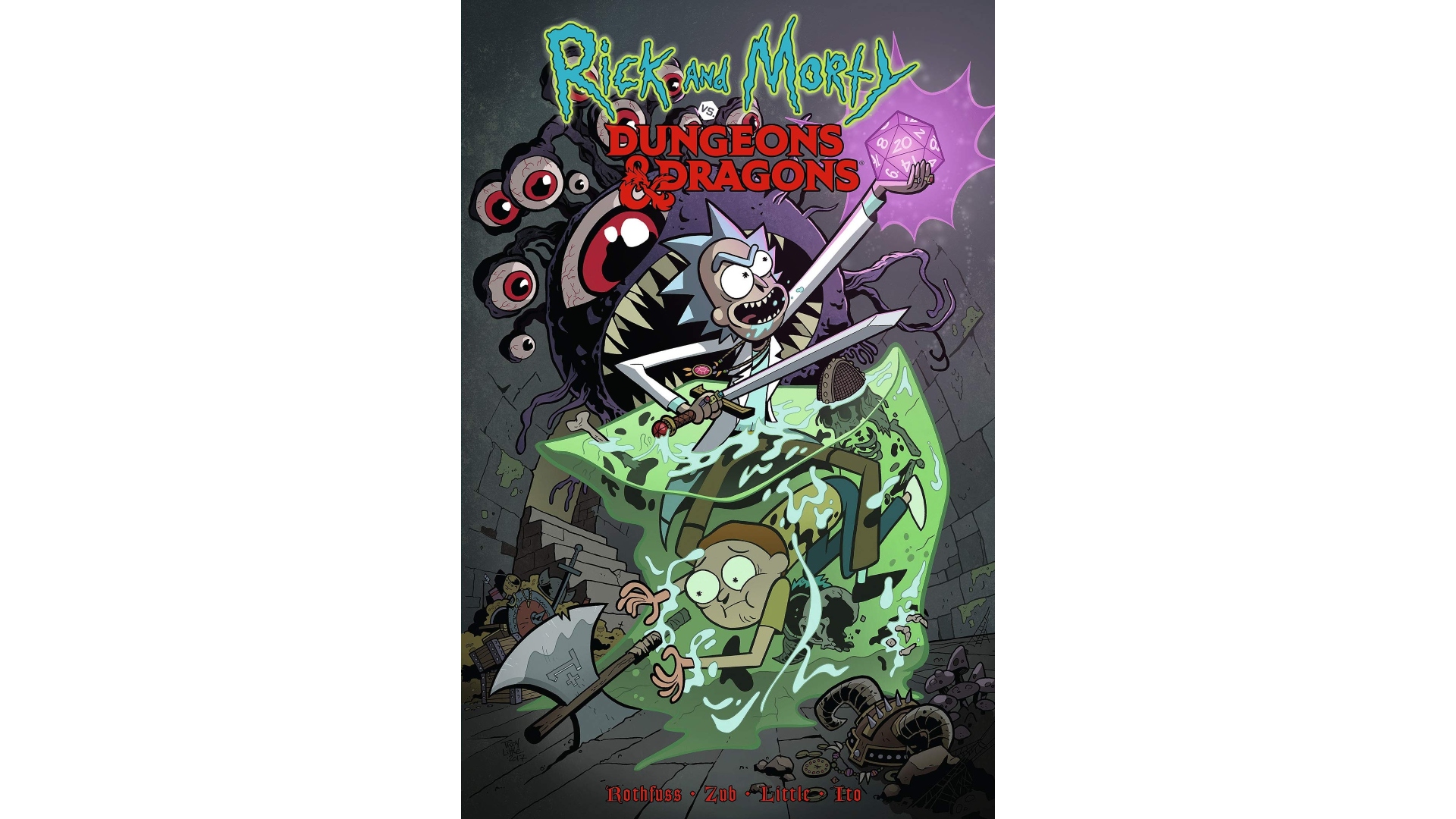 Rick and Morty vs. Dungeons and Dragons

Rick and Morty is fast becoming a cult classic thanks, in part, to its mixture of clever sci-fi storylines and wacky humour. If you know a D&D player who loves the show, they’d probably really enjoy this graphic novel which sees Rick, Morty and the rest of the Smith family transported by Rick to a universe governed by the rules of D&D because – and all because Morty notices that a girl he likes is interested in the game. Of course, in graphic novel form, Rick and Morty manage to pack all the same comedy punches as they do on television, just this time it’s entrenched in the world of your favourite tabletop RPG. And who doesn’t love a D&D crossover episode? 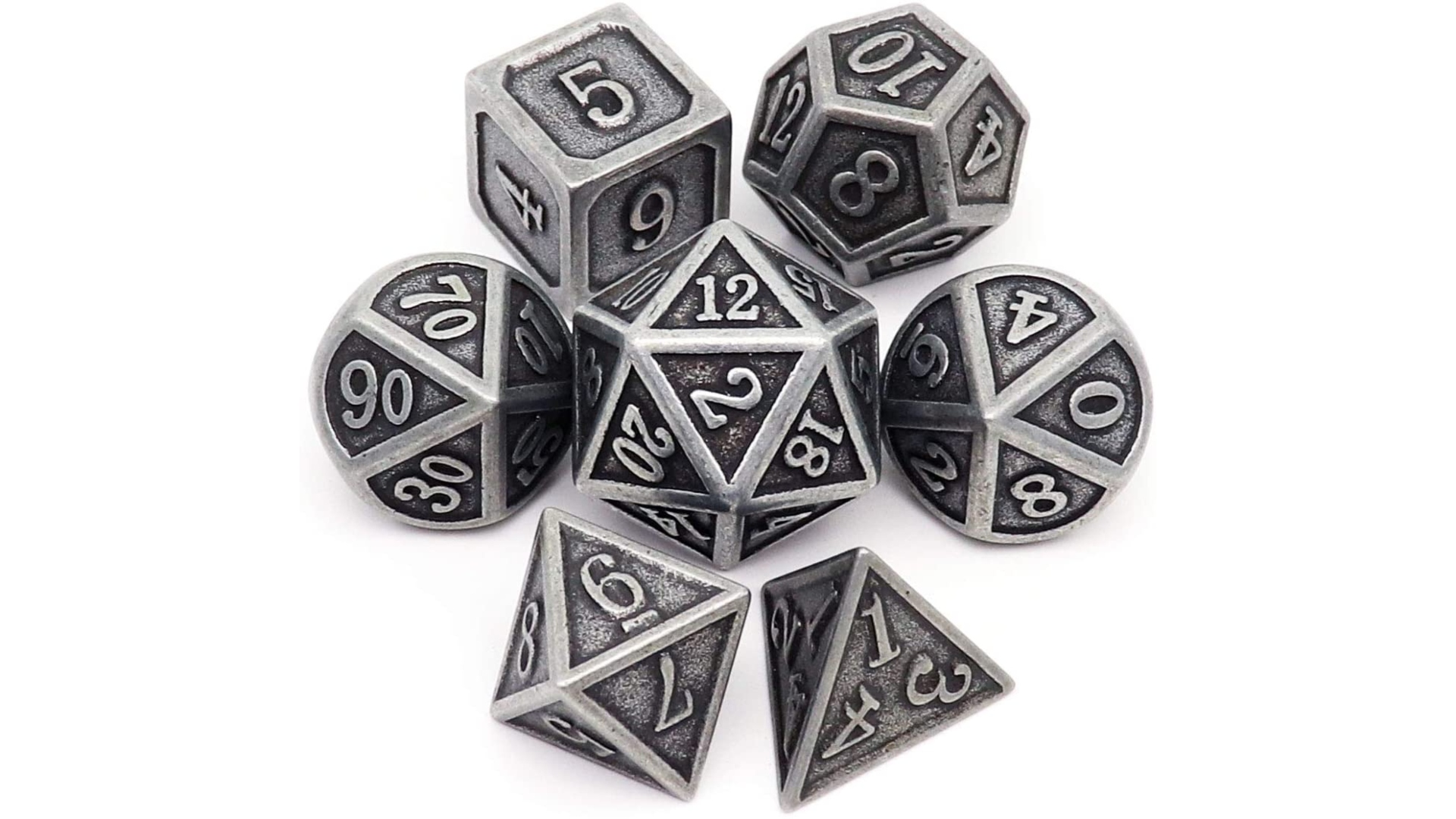 Know somebody who’s been using a basic set of plastic dice for the last seven campaigns? Or, worse yet, somebody who doesn’t have their own dice and has to depend on an online virtual dice roller? True random number generation by artificial intelligence isn’t even possible, for goodness’ sake!  Seasoned D&D veterans all have their favourite dice set, and this metal set could just be theirs. 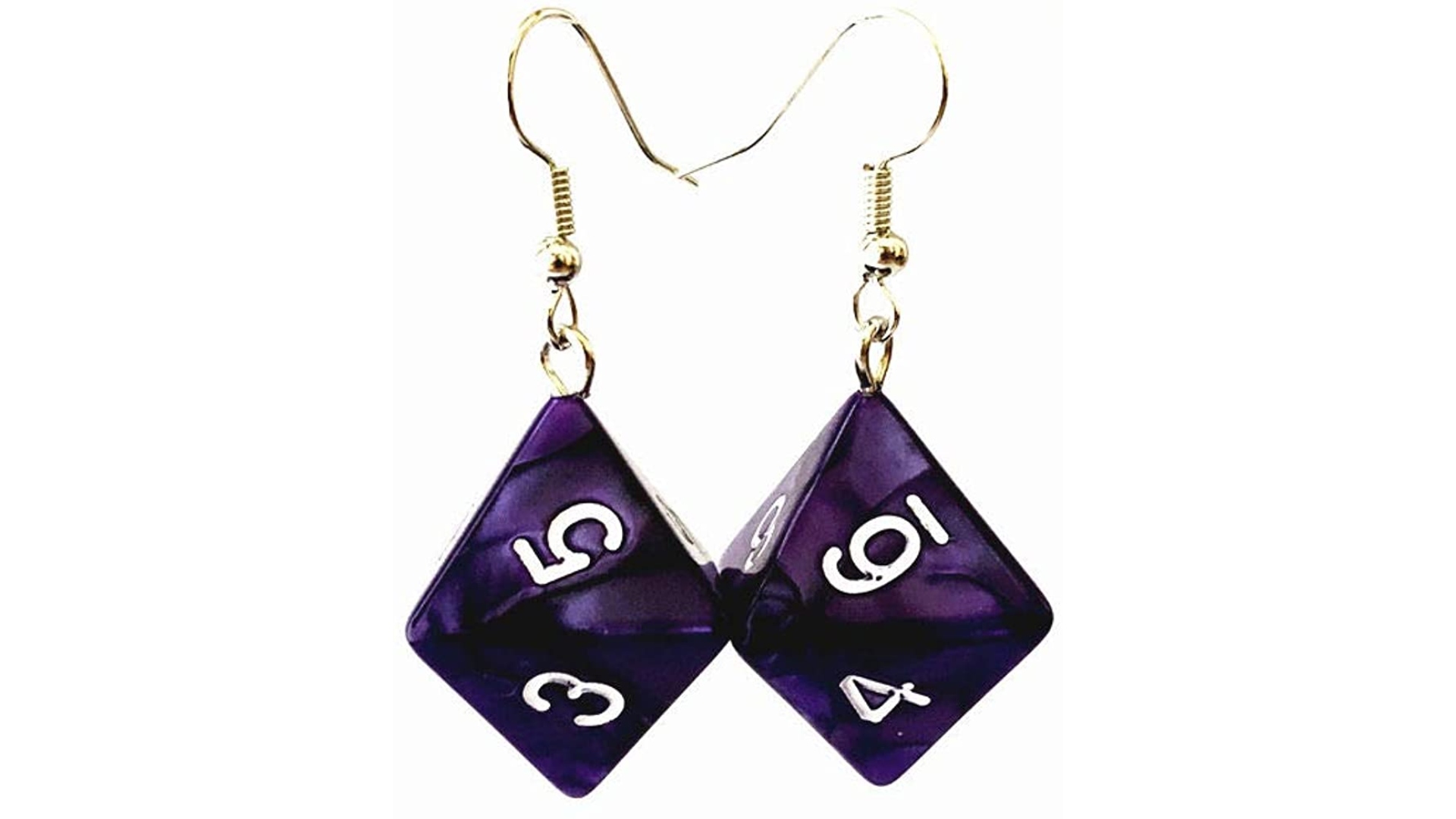 There’s no reason to confine that Dungeons and Dragons life to the table, as these earrings allow the wearer to proudly display their love of the game everywhere they go. They’re quirky, stylish, and anybody who wears them is sure to get a +10 Charisma bonus. 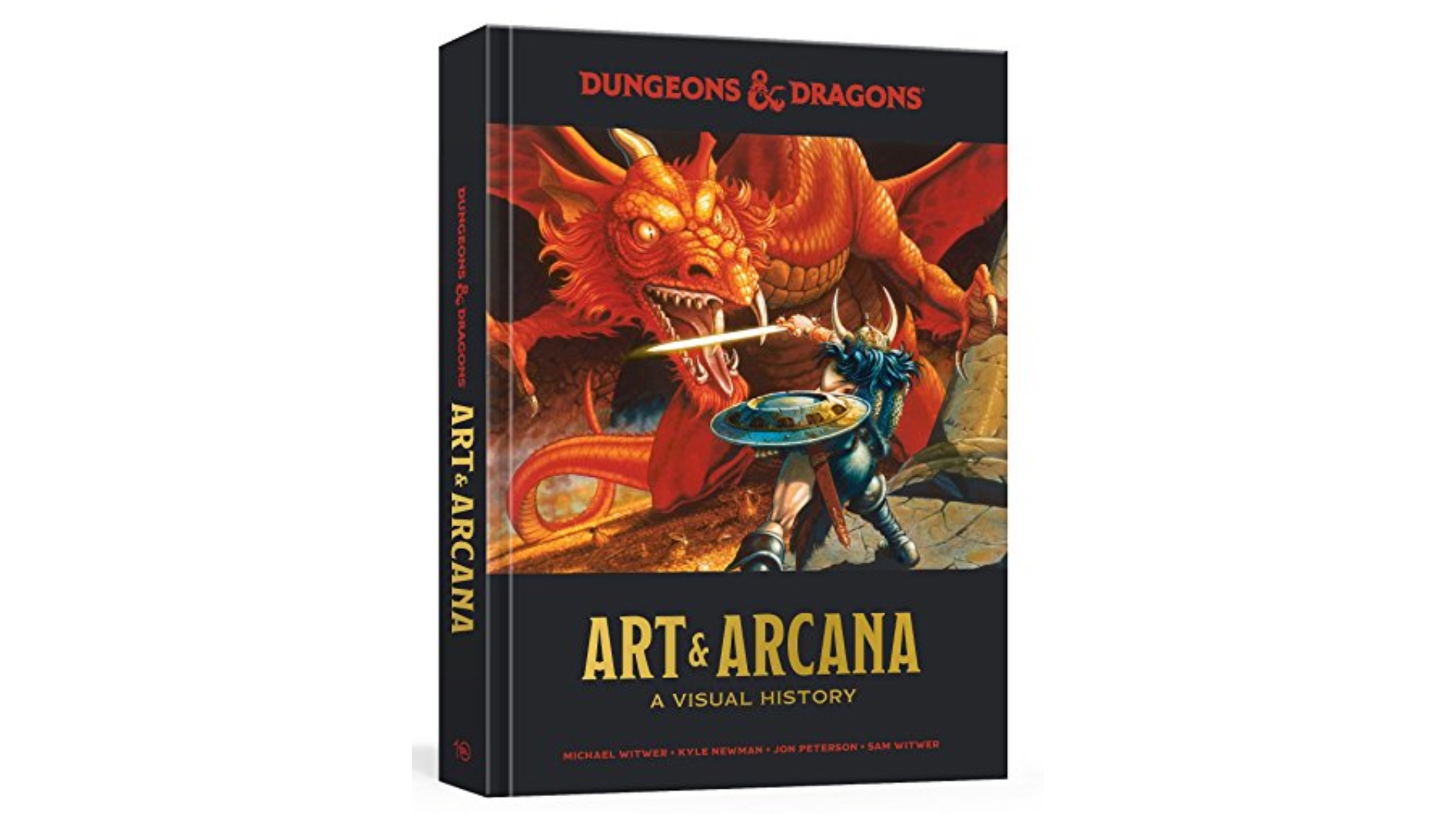 Dungeons and Dragons: Arts and Arcana

Throughout its various editions, Dungeons and Dragons has grown a lot and this book documents its extensive history. Along with a vast selection of beautiful artworks created for different editions of the game over the years, Arts and Arcana also lets you know how the game has changed and evolved since its initial release. If you know someone who’s a real stickler for the rules and mechanics of the game, they’ll love delving into this collection. 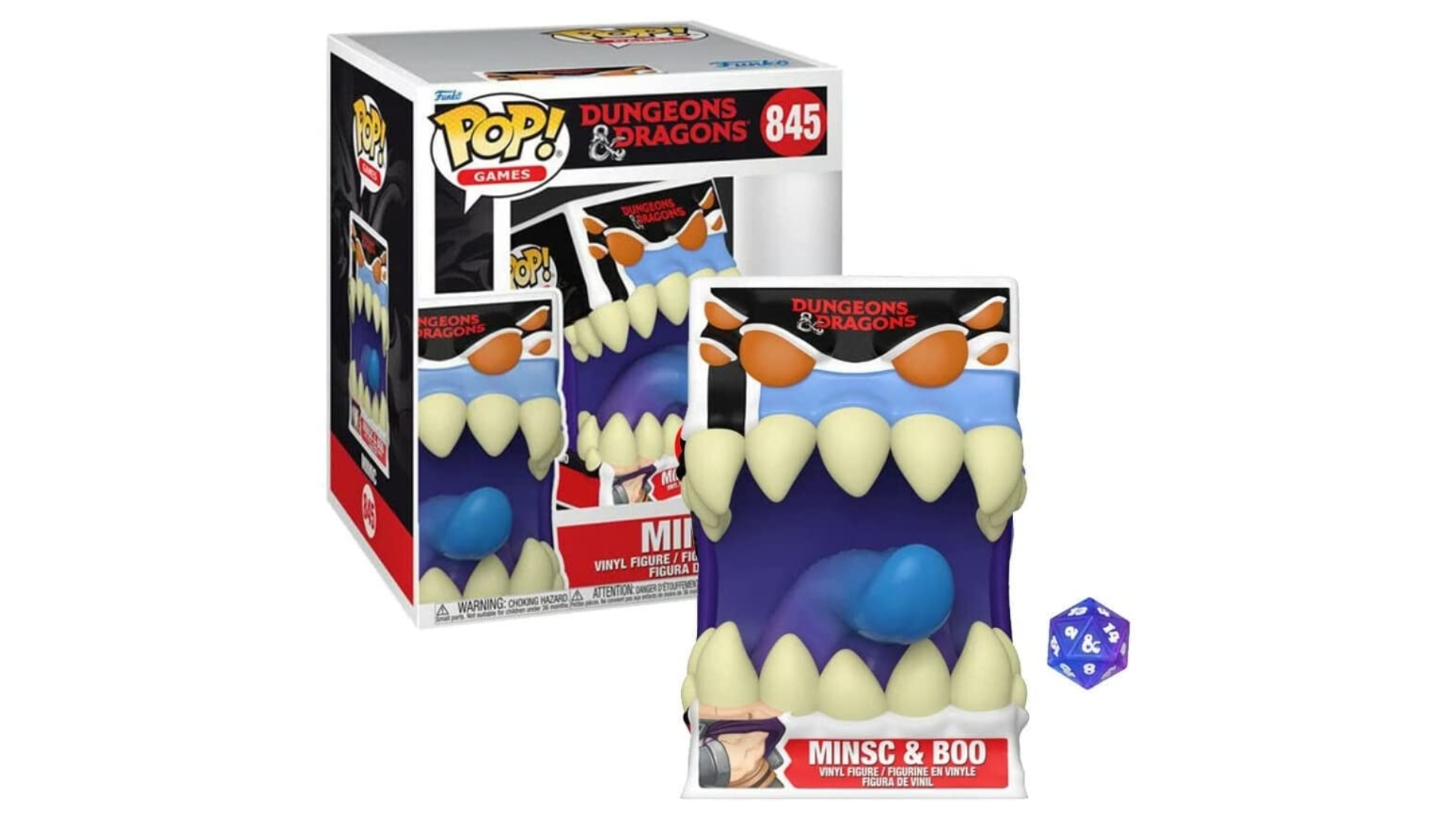 At this point, what doesn’t have its own Funko Pop line? There are several great ones in the D&D collection, including Strahd and Xanathar, but the Mimic one is particularly great, because it’s disguised as a Funko Pop box. If your intended recipient is a fan of the Critical Role series, you can even pick up versions of the characters from the Vox Machina campaign, such as Grog, Pike, and Trinket. 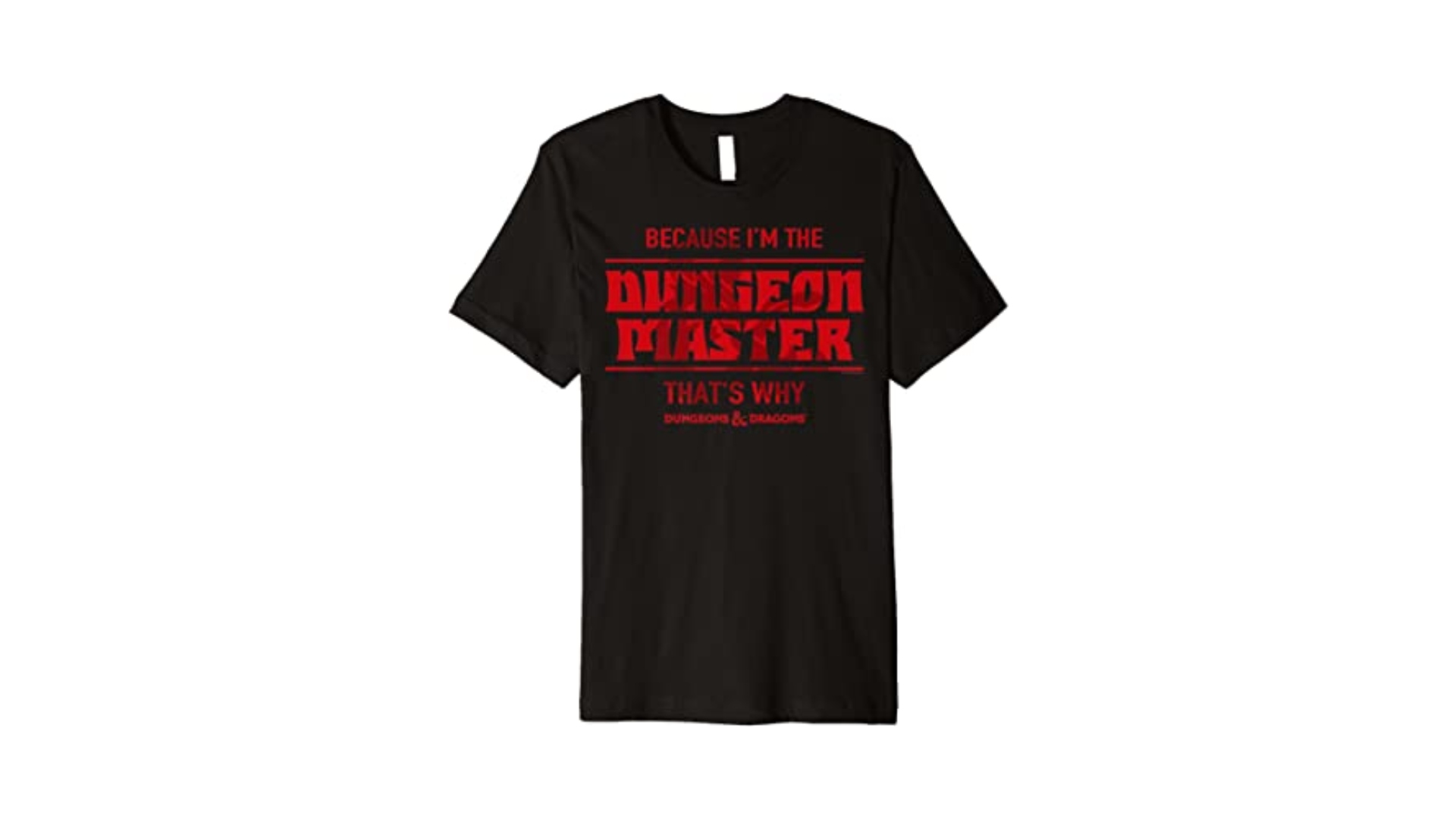 Maybe you should get something for your DM to let them know that you respect and appreciate all they do in order to provide you with priceless experiences? This shirt, adorned with the irrefutable words “Because I’m the Dungeon Master. That’s why.” is an official piece of Dungeons and Dragons merchandise and it would make a great tongue-in-cheek present for somebody who frequently takes on the role of DM.

We hope that these gift options were helpful to you and if you’re looking for more gifts for gamers, check out our guides on the best board games of 2022 and the best D&D board games.