Popular shows like Stranger Things or Critical Role are a great way to introduce new fans to D&D icons. A massive D&D monster like Vecna is an important part of TTRPG history, and this means he’s been around way longer than Netflix binges and Twitch streams.

Still, many people may not have heard the name until recently. Important parts of history get buried in out-of-print D&D books and the memories of those who were actually around to play tabletop RPGs in the 1980s. So it’s no surprise that there are suddenly an awful lot of newer D&D fans scratching their heads and asking, ‘so who is this D&D Vecna guy anyway?’

If this is a question you want answered, then worry not. We’re about to blow the dust off the tomes of D&D Vecna history. Then you can return to your game tables with your lore-loving mind that little bit richer – and maybe with a brand new idea or two for your future DnD campaigns.

Here’s everything you need to know about D&D Vecna: 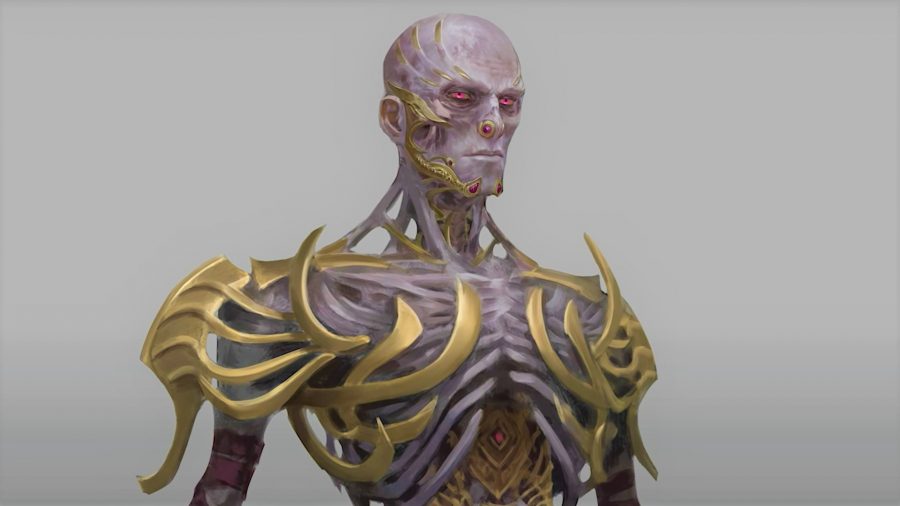 Who is D&D Vecna

The true story of who Vecna was as a human is clouded by rumour and hearsay, but many agree he was a wizard from Oerth, the focal planet of the DnD setting Greyhawk. No one can truly say why or how, but Vecna eventually became powerful enough to transform himself into one of the game’s earliest examples of a lich. The demon prince Orcus is said to have taught Vecna the art of undeath, and from then on he became feared and reviled – known as the Undying King, the Whispered One, the Master of the Spider Throne, and the Lord of the Rotted Tower.

As a lich, Vecna was worshipped for his power and his obsession with learning secrets. One particularly zealous devotee, Kas, became Vecna’s right-hand-man as the lich formed an empire in Oerth. Vecna even gave him the Sword of Kas to show his loyalty and authority – but the sword was corrupted by Vecna’s own evil, and it eventually drove Kas to attack his master during a crucial ritual.

Plastic pals: These are the best Stranger Things Funko Pops

Vecna lost his left hand and an eye to the sword of Kas. He managed to banish Kas to a realm known as Cavitius, but Vecna was still destroyed.

Vecna’s evil influence continued even after death. Once enough cults and followers were amassed, he was reborn as a demigod. He did try to ascend to full godhood, but Vecna ended up banished to Cavitius himself – which was then transformed into a Domain of Dread in Ravenloft. Despite centuries of plotting and new attempts to become a greater deity, Cavitius became Vecna’s prison. 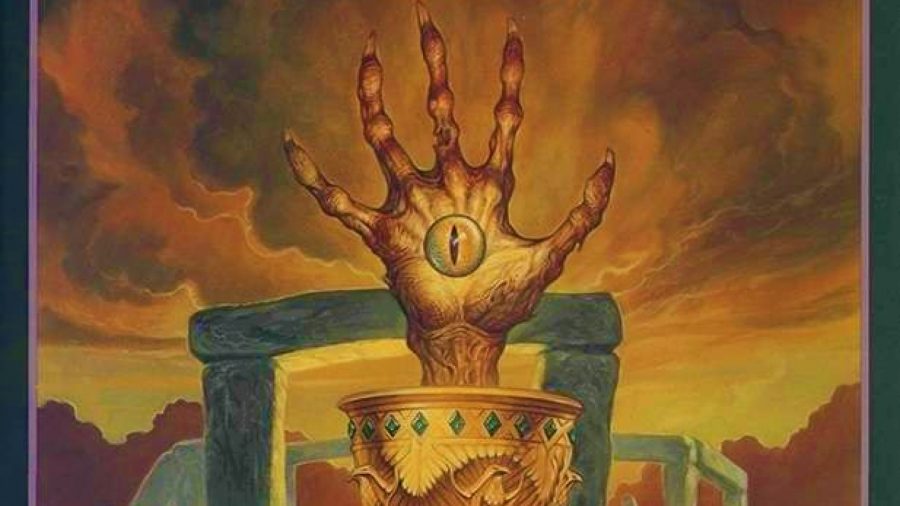 Hand of Vecna and Eye of Vecna

Remember when we said Vecna lost his eye and hand? Well, others found these severed body parts – and they found them transformed into powerful artefacts imbued with some of Vecna’s evil will. The eye is bloodshot, and the hand is mummified and shrivelled. That makes these some of the ickier 5e magic items you’ll find in D&D.

Things get more revolting when you learn that each artefact requires attunement to unlock its power. The eye of Vecna expects you to gouge out your own eye and press Vecna’s mouldy one into the now-empty socket – and you die if the artefact is ever removed. It’s the same gig for the Hand of Vecna. Replace your hand with Vecna’s, and prepare to die if your new appendage is ever taken away. As you can imagine, a player would need more than a few level ups to handle these.

The next level: Everything we know so far about DnD 6E

In fifth-edition D&D, each artefact has distinct properties. The Eye of Vecna changes your DnD alignment to neutral evil, gives you truesight, and allows you to see through solid matter for one minute as an action. You can even use it to cast the DnD 5e spells clairvoyance, crown of madness, disintegrate, dominate monster, or eyebite – but every time you cast a spell from the eye, there’s a 5% chance Vecna will eat your soul, turning your character into an NPC under the Dungeon Master’s control. Nasty.

Meanwhile, the Hand of Vecna changes your Strength stat to 20, changes your alignment to neutral evil, and adds 2d8 extra cold damage to any melee attack you make with the hand or any DnD weapons held by it. You can also cast the following spells: finger of death, sleep, slow, and teleport. The hand will cast suggestion on you every time you use it to cast a spell in exchange, and it will demand you commit an evil act. 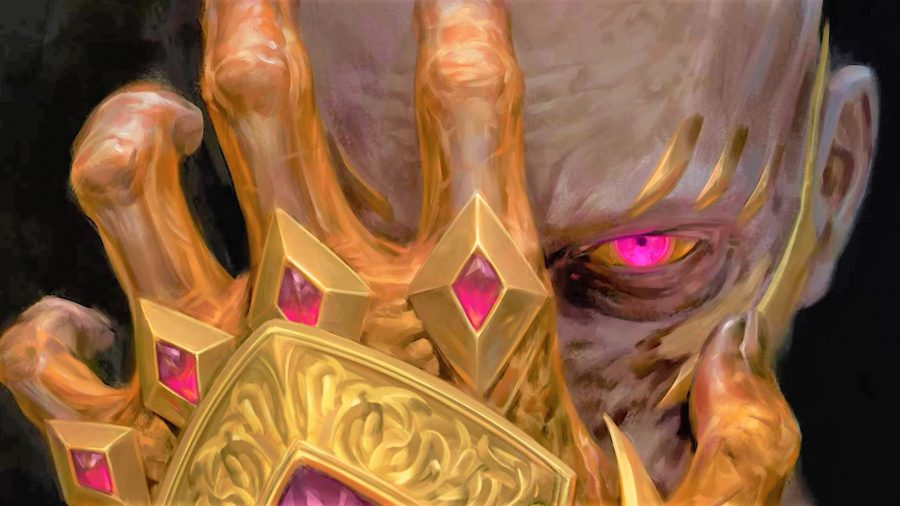 Not long after Vecna made his silver screen debut in season four of Stranger Things, new Vecna 5e material was released. This included a stat block for Vecna as he was before Kas’ betrayal and his ascension to the pantheon of DnD gods.

Here are the stats for Vecna 5e:

Head here to find out more details from the Vecna 5e dossier and adventure released in June 2022. 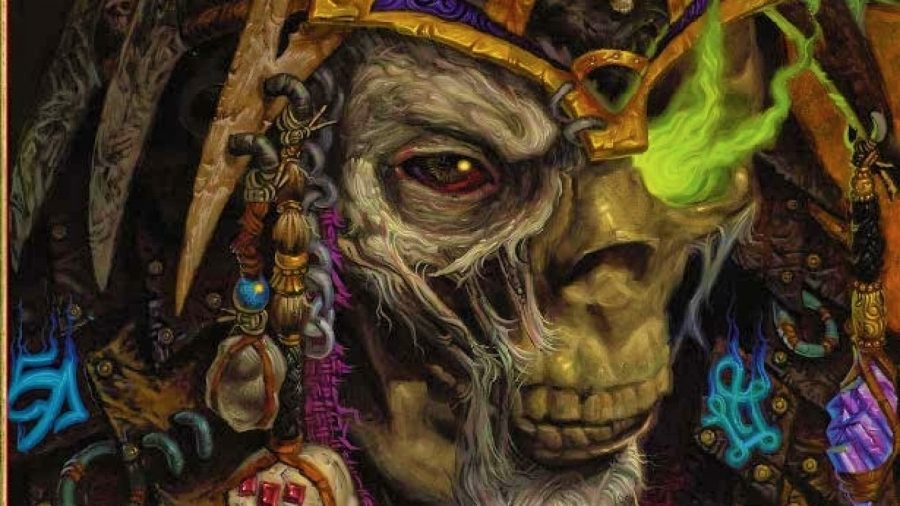 In one way or another, Vecna has appeared in every edition of D&D. The Hand and Eye of Vecna are mentioned in the first-ever Dungeon Master’s Guide, but he remains little more than a myth until Advanced Dungeons and Dragons 2e.

The 1990 adventure ‘Vecna Lives’ was the first time he appeared in the game in person. He then disappears for most of the 90s, returning in ‘Domains of Dread’ and ‘Vecna Reborn’ near the end of the decade. ‘Die Vecna Die!’ was the last adventure published for this rule set, so Vecna truly had the last laugh with AD&D 2e.

Vecna is mentioned plenty of times throughout third edition, but he made no appearances as a Big Bad Evil Guy in adventures. The same occurs in fourth edition, with little more than a Vecna stat block fleshing out his character. That leaves us with the new 5e adventure ‘Don’t Say Vecna’ to introduce the character to a new generation of players.