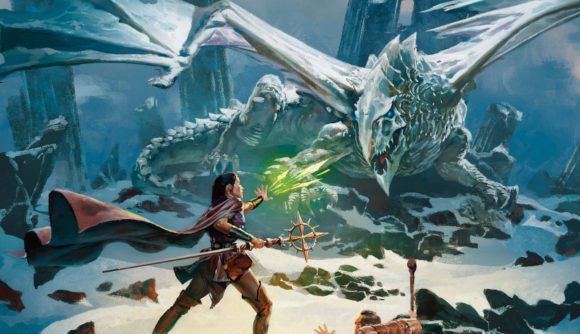 An open-world, triple-A Dungeons and Dragons RPG video game is in development by Hidden Path Entertainment. Revealed by the developer on Twitter yesterday in a series of job listings for the project, and confirmed by the project’s Narrative Director, no release date or timeline for the project has been announced. Hidden Path is best known for developing multiplayer FPS Counter-Strike: Global Offensive and the 2013 HD remake of RTS classic Age of Empires 2.

Although content details are sparse, the job listings give some indication of what we can expect from the “AAA, third-person, open-world fantasy RPG that will be taking place inside the Dungeons & Dragons franchise”, as described by Hidden Path. The description for the writer position suggests the game will feature the usual triple-A RPG fare, including “narrative branching” and “voiced dialogue”, and calls for writers experienced with “strong ensemble casts” and crafting “procedural content”.

The requirement for a “love of mythology” might also imply the scope and scale of the project, indicating the game will lean into the grand mythos of the D&D universe, rather than more focused, personal adventures.

Whitney Beltràn, the Narrative Director on the project, has previously written for State of Decay 2, Beyond Blue, and Raccoon Lagoon. Beltràn has also contributed to various tabletop RPGs, including the horror tabletop game Bluebeard’s Bride, based on a French folktale, and has a writing credit on the recently announced Van Richten’s Guide to Ravenloft D&D sourcebook.

The cat is finally out of the bag! We are making a AAA, third-person, open-world fantasy RPG that will be taking place inside the Dungeons & Dragons franchise. That's right, friends, DUNGEONS & DRAGONS

Maybe you want to come work with me on that 😉#DnD #dungeonsanddragons https://t.co/jxvIzjsxt1 pic.twitter.com/WdJw5ih6RH

Hidden Path Entertainment might not be the first studio you’d expect to take on an open-world RPG. Their catalogue of games includes the massively popular esports giant Counter-Strike: Global Offensive, developed in 2012 in collaboration with Valve, 2013’s HD remake of Age of Empires 2, and, most recently, the cutesy exploration game – and fantastically goofily named – Racoon Lagoon, released in 2019. 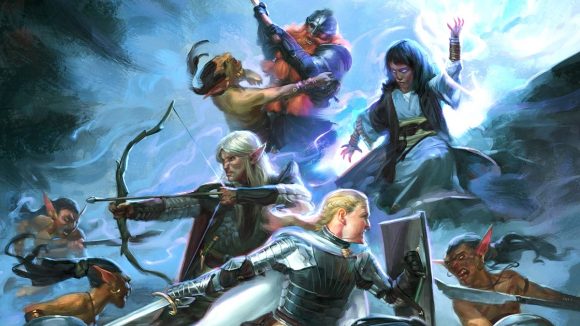 This isn’t the only D&D video game currently in the works, either. Baldur’s Gate 3 is currently in early access development by Larian Studios (creators of popular non-D&D RPG videogame series Divinity: Original Sin), and publisher Wizards of the Coast announced the third-person action RPG Dark Alliance from Tuque Games in 2020, due for release later this year.

At the tail end of 2019, Chris Cocks, President and CEO of Wizards of the Coast said seven or eight D&D video games were in the pipeline,  and were expected to launch in the coming years. Hidden Path’s game might just be one more to add to the pile.

What better way to prepare for Hidden Path’s D&D digital adventure than to dive into the classic RPG on your tabletop? Read our guide on how to play Dungeons and Dragons’ starter set, the Lost Mine of Phandelver, and get your tabletop questing off on the right foot.