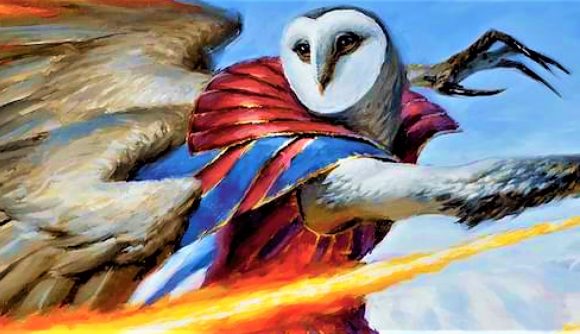 Dungeons & Dragons‘ new Owlin playable race will have Proficiency in Stealth, a 30-foot Flight speed, and 120 feet of Darkvision, according to a preview article posted on official digital platform D&D Beyond on Monday. The stat reveals come just a few short wingbeats away from the official Strixhaven: A Curriculum of Chaos release date on Wednesday, December 7.

Alongside those key Racial Traits for the Owlin, the post also reveals the race’s core Ability Score increases, used when choosing your character’s fundamental traits at the beginning of your game: Owlin made using the rules provided in the imminent Strixhaven book can increase one Ability Score by two, and another by one – or increase three different scores by one each.

We also get some clarification about the mechanical comparisons between the Owlin and the existing ‘eagle-people’ D&D race, the Aarakocra: Owlin are more varied in size (they can be Small or Medium size characters, where Aarakocra are all Medium) and they have a faster move speed on land (30 feet to the Aarakocra’s 25) – but they’re much slower flyers, their 30-foot fly speed paling to the eagle-folk’s 50 feet.

They both share the same limitation on flight gear, though: neither can fly wearing Medium or Heavy armour. 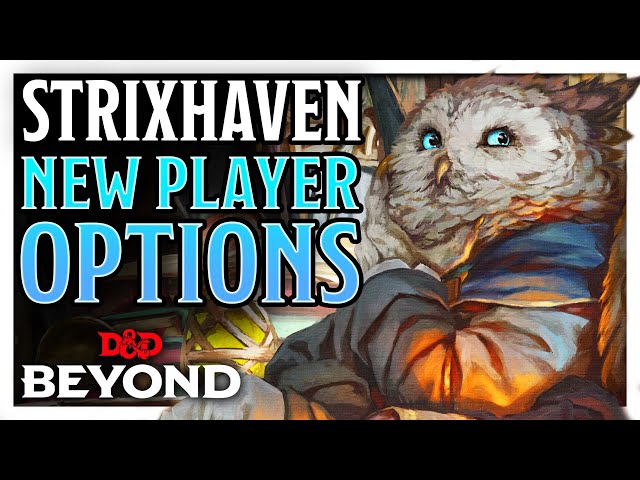 The D&D Beyond preview makes a deliberate point of reaffirming that Owlin characters’ D&D class, skills, spells, feats, and personality traits shouldn’t be limited to “common owl stereotypes” in the western mould, and players should feel free to build their characters more diversely than ‘night-time hunter’ or the ‘wise old sage’.

And we’re reminded that the new Owlin race has its roots in the unpredictable parallel plane of the Feywild – meaning that Owlin characters aren’t limited to playing only in the Strixhaven setting borrowed from Magic: The Gathering, but are playable in all other D&D settings too, including the faerie carnival portrayed in the recent sourcebook The Wild Beyond the Witchlight.

Strixhaven:  A Curriculum of Chaos comes out tomorrow (Wednesday, December 7) in physical editions, and via D&D Beyond.