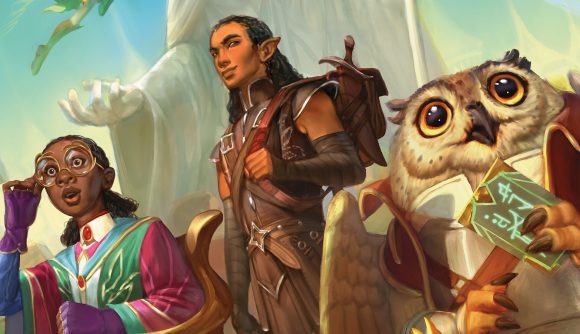 The next Dungeons and Dragons adventure book, Strixhaven: A Curriculum of Chaos, will introduce several new character backgrounds that principal rules designer Jeremy Crawford has described as the “most powerful backgrounds” ever added to the tabletop RPG, and provide a free spellcasting feat for first-level players.

The five new backgrounds are each themed to one of the colleges of Strixhaven (a magical university within the Magic: The Gathering multiverse), with the idea being that players will pick a background for the college they intend to join. As well as providing the usual character attributes – such as skill, language, and tool proficiencies – the backgrounds will mark a first for D&D by granting player characters a new first-level feat: Strixhaven Initiate.

Speaking about the book’s player options on Todd Kenreck’s YouTube channel last week, Crawford said the new feat will grant access to several spells themed around the Strixhaven colleges. He gives the example of the Witherbloom background that grants spells to suit the titular college, which, in MTG lore, is a green-black school that specialises in nature and necromancy.

“We wanted in this book to continue [the] trend of giving you that something extra that we do in our Magic-D&D books,” Crawford said, and highlighted that every past D&D book set in the MTG Multiverse has added a powerful player option to the game. Guildmasters’ Guide to Ravnica let players unlock various powerful abilities by joining one of the city’s guilds, while Mythic Odysseys of Theros let players ingratiate themselves with deities to generate special pious abilities. 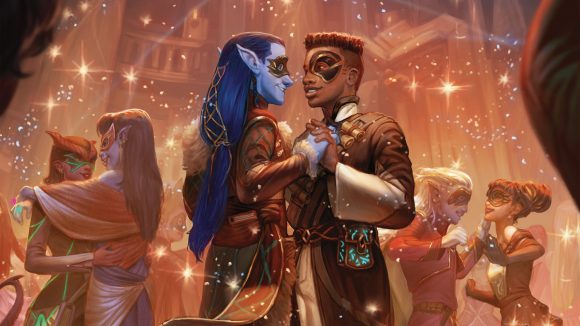 The Strixhaven Initiate feat will provide first-level characters with a bunch of spells regardless of their class, likely making it a compelling option for players trying to boost their characters’ abilities, or those running martial builds and want some spellweaving thrown into the mix. Of course, the feat’s real usefulness will depend on what spells it provides, although Crawford said its spell-list was chosen to thematically reflect the Strixhaven colleges and their associated MTG cards.

Players who don’t pick one of the new backgrounds can still gain access to the feat by learning it in lieu of an ability score improvement during levelling. It also opens the door to learning the Strixhaven Mascot feat later down the road, which allows you to summon your college’s mascot as a familiar.

Strixhaven: A Curriculum of Chaos will release on December 7. While you wait, check out our pick of the best D&D 5E feats and D&D backgrounds, or have a gander at our D&D classes guide if you want a rundown of the game’s essentials.