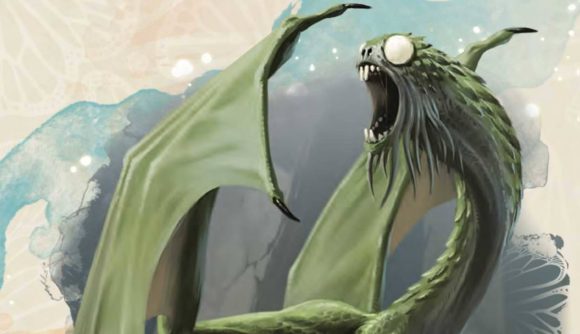 The Wild Beyond the Witchlight, the next adventure book to release for Dungeons and Dragons, will bring back the fan-favourite Jabberwock monster to the tabletop RPG. Revealed by D&D beyond in a blog post yesterday, we’ve had a look at its stat block, its inspiration, and a suggested hook for using the monster in the fey-filled adventures of D&D’s upcoming book.

The twisted, fairytale-inspired realm of the Feywild, which forms the focus of The Wild Beyond the Witchlight, seems like a natural habitat for the Jabberwock. Inspired by Lewis Carroll’s famous Jabberwocky poem – the one that includes all that talk of ‘slithy toves’, ‘borogoves’, and ‘Jubjub birds’ – the Jabberwock first appeared in D&D 2E, but hasn’t been included in 5E until now.

Classed as a ‘Huge Dragon’, it’s looking pretty meaty. The Jabberwock’s Confusing Burble can incapacitate any adventurer within hearing distance, leaving them unable to attack or forcing them to move in a random direction. Similarly, it can regenerate 10 HP per turn, automatically succeed on saving throws, and deal 7d8 fire damage with its Fiery Gaze. This is very much a ‘final boss in the campaign’ monster.

In another acknowledgement to Carroll’s poem, the Jabberwock is vulnerable to damage from a Vorpal Sword – the weapon carried by the beast’s slayer in the original verse. 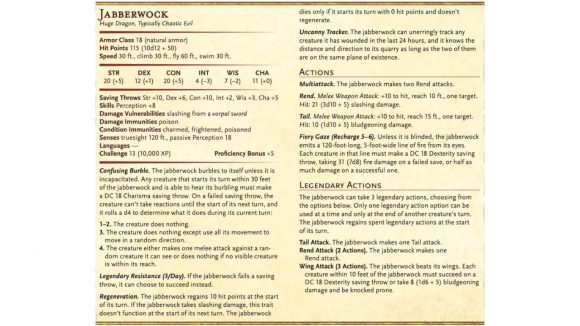 The D&D Beyond post says the Jabberwock is best used as a mysterious, mythological terror, inspiring fright within nearby townsfolk who glimpse its hideous features. An alpha predator that dominates its territory, you’re best off using it to attack a single target in combat, before darting between party members haphazardly.

As for introducing the Jabberwock in your campaign, the post includes an example adventure hook that will take your party to the Mismasch Wood in pursuit of an ambitious sage studying the Jabberwock. They just so happen to be carrying a vorpal sword, but might have wandered into the Feywild during their quest. 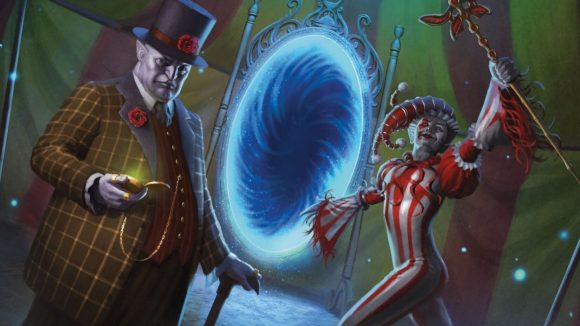 You’ll be able to find more info about the monster and its Fey companions in The Wild Beyond the Witchlight, which is due to release on September 21.

While you’re waiting to explore the Feywild, why not prepare yourself for the journey ahead with our D&D 5E spells guide, or check our pick of the best D&D character sheets for new and experienced players.