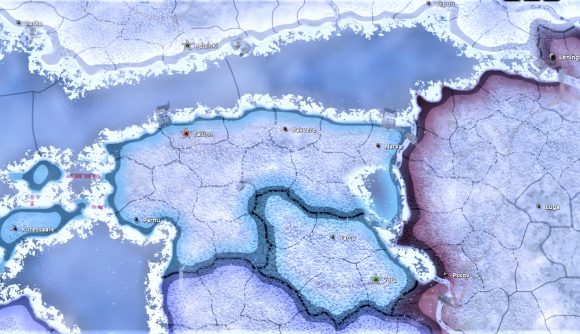 The Baltic nations of Latvia, Lithuania and Estonia will each get their own custom focus tree in Hearts of Iron 4’s upcoming Barbarossa update, according to the latest dev diary blog post published by the developer, Paradox Interactive, on Wednesday. For clarity: there is still no confirmed launch date for the Barbarossa update, nor the as yet unnamed Eastern Front-focused DLC which we’re told will accompany it.

The post says the new trees will include some unique options for each country, as well as tree areas that are shared across all three Baltic states – similar to how Chinese nations are handled in-game. Playing as one of the Baltics looks to remain a serious challenge, as, in Hoi4’s customary starting year of 1936, all three countries are saddled with poor industry, and underexploited resources, in the aftermath of previous violent occupations by Germany and Russia.

According to the dev diary, their new focus trees will offer several different paths to restoring the Baltics’ national fortunes; in the industrial branches, they can choose to build trade links with either Allies or Axis, or shoot for self-sufficiency by pouring resources into either ultra-developing their capital city, or modernising their hobbled industry.

On the political side, the post outlines the various winding paths the Baltic nations can take towards Communism – but suggests this is only one half of the political branches included in the new focus trees. More details on specific political options for the three individual nations are promised in next week’s diary. 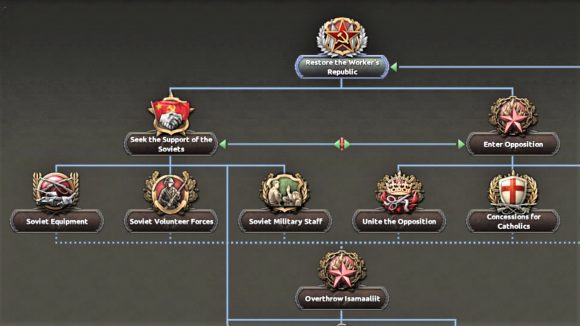 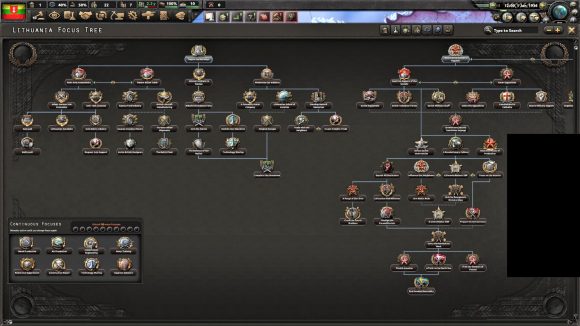 The post says the Baltics will start with very low support for Communism (due to the aftermath of bloody Soviet occupations) and have two paths to become Communist: either they must rely on the Soviet union to invade and occupy them – or they can take the more complex road of fomenting a revolution at home, and eventually taking over the government by force.

Once the fighting’s done, if you sided with the Soviets, they’ll magnanimously grant you half of Belarus to form the Lithuania-Belarus SSR. If you stayed independent, however, you’ll have to win Belarus from the USSR yourself, using a mechanic similar to the Spanish Civil War’s garrison control system to curry support in the territory, before a final civil war is fought to decide whether it goes to you, or the Soviets.

Whichever flavour of socialist utopia you choose to pursue as a Baltic player, you’ll have the eventual option to form the United Baltic SSR, use your growing propaganda machine to spread socialism to neighbours, and eventually extend the encroaching fingers of your Marxist-Leninist political dominance through to Scandinavia and Poland. 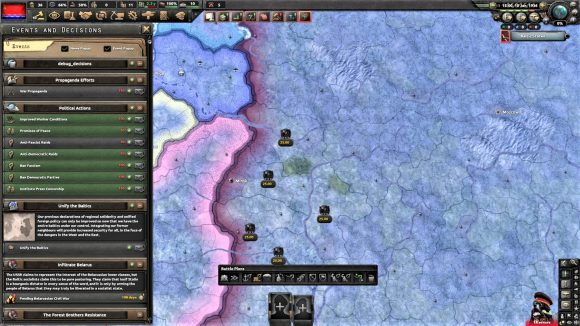 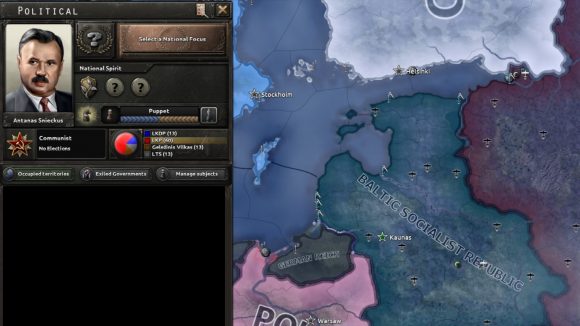 Wednesday’s dev diary post also revealed further work had been done on Poland’s new focus tree options in the upcoming update. An additional potential candidate for Polish monarch, Karl Albrecht von Habsburg, has been added, and – in a surprising and highly welcome development – the 78-kilometre-wide new Polish focus tree will now automatically truncate itself when you choose a particular branch, hiding those branches which have become inaccessible for that game.

If you’re looking to stay up-to-date on Hearts of Iron 4, check out last week’s update on the changes to combat width and army divisions. Or, if you’re after some spice to add to your WW2 sandbox, try our guide to the best Hearts of Iron 4 mods.