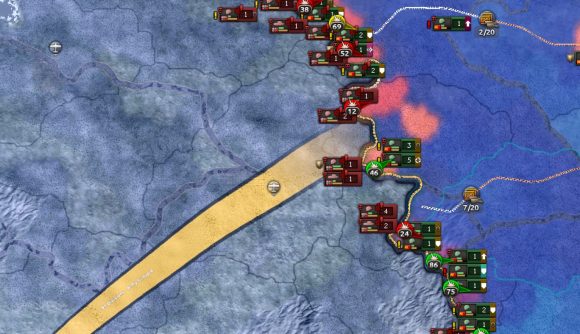 Hearts of Iron 4‘s upcoming, Eastern Front-focused DLC ‘No Step Back‘ will deliver some “pretty big changes” to the game’s AI behaviour, leading to smarter enemy decisions in several areas, developer Paradox revealed in a dev diary post on Wednesday.  There’s still no sign of a release date for either No Step Back, or the attendant, free Barbarossa game update, though.

In his third dev diary since taking over as HoI4 Game Director in August,  Peter ‘Arheo’ Nicholson says that the AI systems for selecting specialist divisions for specific areas and frontlines have received particular improvement. “You ought to see fewer armor divisions assigned to inappropriate orders (garrisons, pure defensive lines etc), and mountaineers used in frontlines that have the right terrain types,” Nicholson explains.

“AI evaluation of where to put units has been totally overhauled,” he adds, stressing that the changes are plugged right into the DLC’s big changes to Supply. “In practical terms,” says Nicholson, “this is likely to manifest as seeing the AI commit more troops to defend key areas (ports & coasts), care more about the active supply situation on frontlines, and provide something slightly resembling a defense in depth for their own core territory, even during active frontline pushes elsewhere.”

According to Wednesday’s dev diary, Paradox has also made meaningful improvements to the AI for Naval Invasions (making them larger, less frequent, and better targeted at coastal weak points); Counters (making AI leaders better at using specialised divisions against you) and introducing Buffer Fronts (where the AI sets up “specially defined area defence orders” behind key frontlines, to supply fresh divisions to the front more reliably). 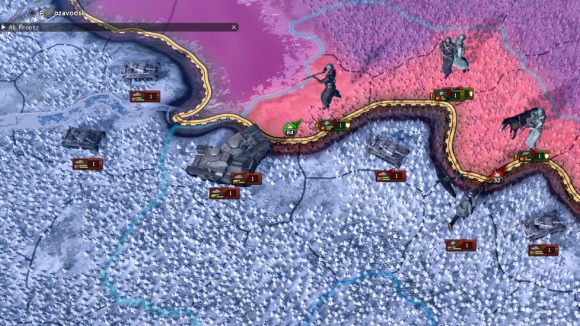 The changes come alongside new additions to the modding tools added in February 2020’s La Résistance DLC, says Nicholson: “a significant amount of time was spent adding to this tooling and providing support for future AI development,” he says, “as well as laying the groundwork for easier iteration on AI behaviour and more”. 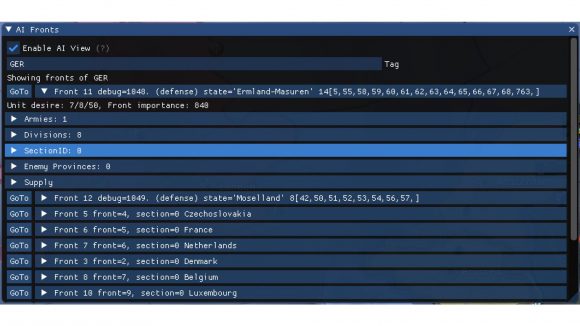 While Hearts of Iron 4 dev diaries have fluctuated somewhat of late, Nicholson says we can now expect more weekly diaries to come, each with “an overview of a core system that we’ve so far introduced in parts”, as well as “all of the changes we’ve made to that system over the course of development, since we first looked at it”.

We’ll keep you appraised of these each week – so keep coming back to Wargamer for the latest. In the meantime, why not check out our guides to Hearts of Iron 4 DLC and Hearts of Iron 4 mods?