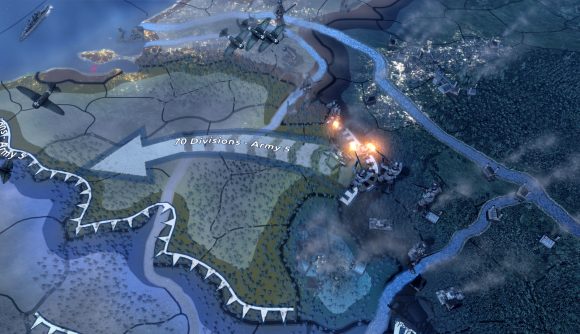 Hearts of Iron 4’s upcoming No Step Back DLC and free Barbarossa update will make some big changes to the game’s military systems. Last week, we saw that a new feature will let you appoint military chiefs and advisors, and in a dev diary posted today, Paradox revealed that you’ll get even more means of customising your military operations through the new Officer Corps Spirits and Tactics systems.

As part of the new Officer Corps feature, you’ll be able to take a bigger hands-on role in the combat strategies of your forces, assigning a ‘preferred tactic’ to your military divisions. These tactics grant various boosts and debuffs to battalions’ combat stats, such as their speed and defence, and have been designed to be of specific situational use.

However, divisions aren’t guaranteed to employ your chosen tactic right away. Rather, picking a preferred tactic will increase the likelihood that your troops will follow your desired stratagem, increasing the chance you’ll land a counterattack, or pursue whichever tactic is right for the combat situation.

Some of the tactics revealed by Paradox include Breakthrough, Relentless Assault, Blitz, Elastic Defense, Mass Charge, and Overwhelming Fire. You won’t have every one of these available to you from the start, and will have to unlock them during your campaign. 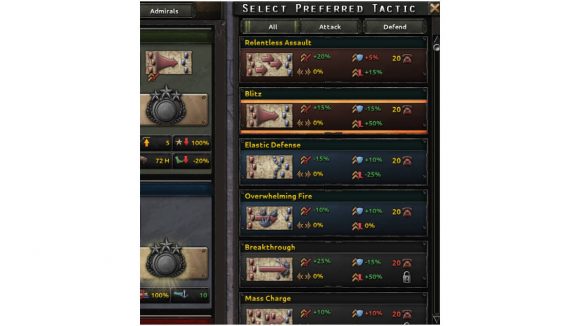 The second big feature revealed in the dev diary is the new Officer Corps Spirit system. These Spirits act as passive buffs for your army, navy and air forces, and are categorised into three groups. The first provides operational bonuses, and boons for designing divisions, such as increasing their experience rate, or cutting their design costs.

The second category provides direct combat buffs, such as increasing the speed of your divisions. They’ve also been designed to make certain “historical moves” easier to perform, such as launching surface raiders from your capital ship, without having any screening ships to protect it. 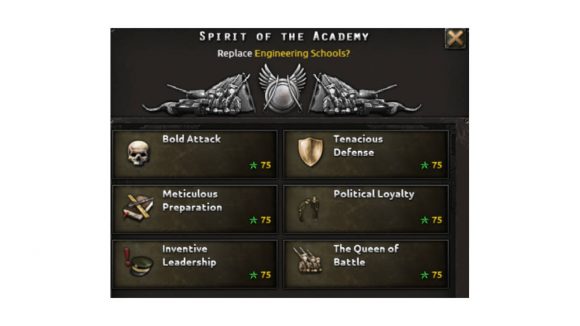 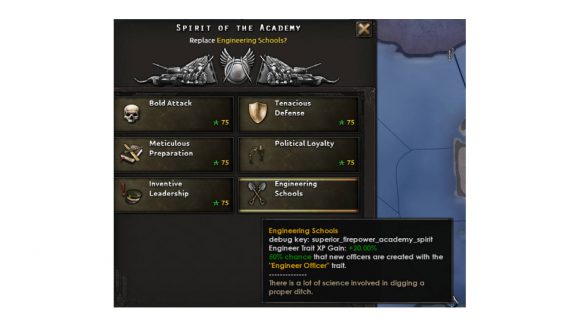 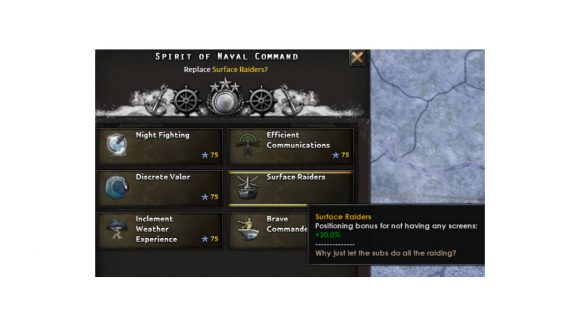 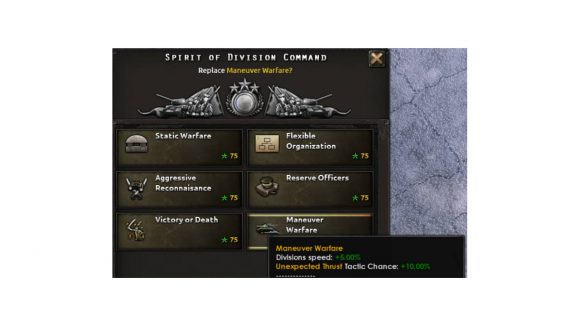 The third category, open only to the army and navy, includes ‘academy spirits’, which lets you influence the personality traits of new commanders, thereby affecting their combat abilities. The dev diary gives the example of Engineering Schools that train officers in the ‘Engineer Officer’ trait. Other academy spirits include Tenacious Defense, Bold Attack, and Political Loyalty, the effects of which sound fairly obvious.

However, some bonuses supplied by the new Spirits will be limited by your nation’s political leanings and doctrines, meaning you’ll have to make sure the ideology of your nation coincides with your chosen Spirits to get the most out of them.

Moreover, the two new systems will work in tandem, with some Officer Corps Spirits increasing the chance that divisions will follow your preferred tactic. 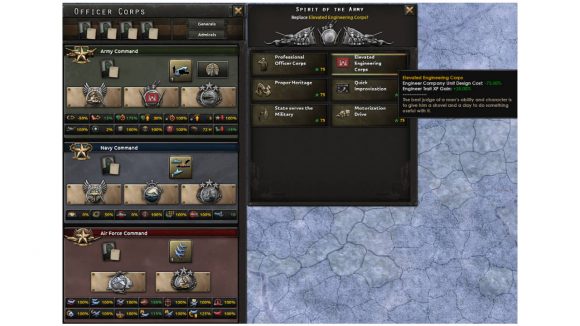 A release date for No Step Back has not yet been announced.

If you haven’t been keeping up to date with the latest Hearts of Iron 4 No Step Back content, you may have missed that the DLC will overhaul the game’s supply system, add some bonkers alternate-history paths for Poland, and radically the game’s division meta.

If you can’t wait for the upcoming expansion, read our Hearts of Iron 4 DLC guide to find which you should get next.