It’s a dangerous business, choosing the best Lord of the Rings board game. As Gandalf once said, “the board is set, the pieces are moving. We come to it at last, the great board game battle of our time.” Okay, maybe not the board games part, but the point still stands.

Whether you’re after a complex strategy game that faithfully recreates some of Tolkien’s greatest battles, or a roleplay-heavy gaming experience that lets you make your own way through Middle-earth, there’s bound to be a Lord of the Rings board game for you. With a fantasy franchise this beloved, it’s no wonder you’ll have armies of tabletop classics to choose from. So, how can you be expected to choose the One Game to Rule Them All?

Fortunately, you won’t have to rely on Hobbits to shape your fortune this time around. To help you find the best way to bring Middle-earth to your board games table, we’ve put together a list of the best Lord of the Rings board games. Of course, don’t feel glum if you don’t spot your favourite on the list just yet – after all, deeds will not be less valiant because they are unpraised.

Before we jump in, here’s a summary of the guide. These are the best Lord of the Rings board games: 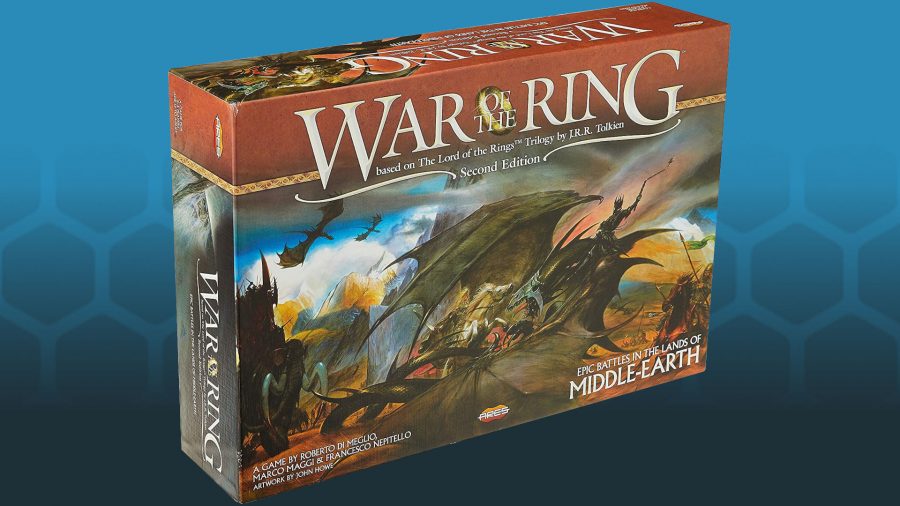 War of the Ring Second Edition

Looking to recreate the battles of Tolkien’s most famous trilogy to life? You may not be able to cook up willing soldiers as easily as Sauron raised the Uruk-hai, but The War of the Ring Second Edition has enough miniatures to help you live out your Helm’s Deep dreams on almost as grand a scale.

The War of the Ring Second Edition is a tabletop war game designed for two to four players who want to recreate the events of the titular War of the Ring – otherwise known as the primary plot of The Lord of the Rings. One to two players take on the role of the Free People of Middle-earth, while the others play as Sauron’s Shadow Armies.

The One Game: Here’s our guide to the best board games – like, ever

Just as in the books and films, the Free People must battle the Shadow Armies to prevent Sauron from securing a military victory – all while ensuring the Ringbearer makes it to Mount Doom to destroy the One Ring.

In trying to fully represent the events of Tolkien’s trilogy, The War of the Ring creates a sprawling strategy experience full of depth and complexity. However, this does mean you’ll need an extended edition’s worth of time to get through a game – so be prepared to sink some serious game time in. 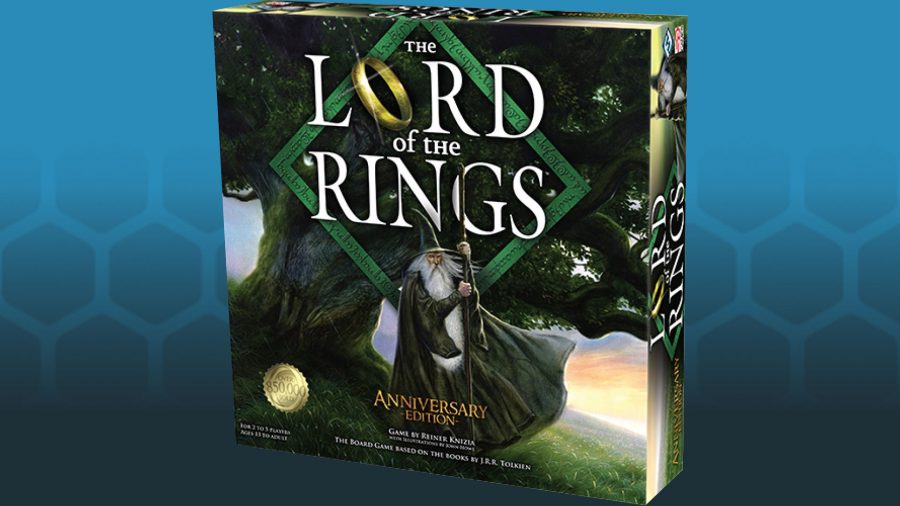 The Lord of the Rings

If you were more interested in what the Fellowship were up to outside of big battles, then The Lord of the Rings might be a more suitable board game for you. This is a cooperative board game where two to five players take on the role of different Hobbits from The Fellowship of the Ring. Together, you’ll travel through Moria, Helm’s Deep, Shelob’s Lair, and Mordor on a quest to destroy the One Ring – and avoid being corrupted by Sauron.

The party loses if the Ringbearer falls to Sauron

In The Lord of the Rings, the Hobbits must play unique cards and use their unique powers to traverse each location on their way to Mount Doom. You and your companions can even make use of the Ring to hide at crucial points, but be sure to use this power sparingly – Sauron will eliminate any Hobbit he catches, and the party is doomed if the Ringbearer falls.

With an estimated play time of 60 – 90 minutes, The Lord of the Rings can be played in less time than it takes Frodo and friends to leave the Shire. This makes it a slightly lighter Lord of the Rings board game experience than some entries in this guide, but with plenty of strategic thinking still included. 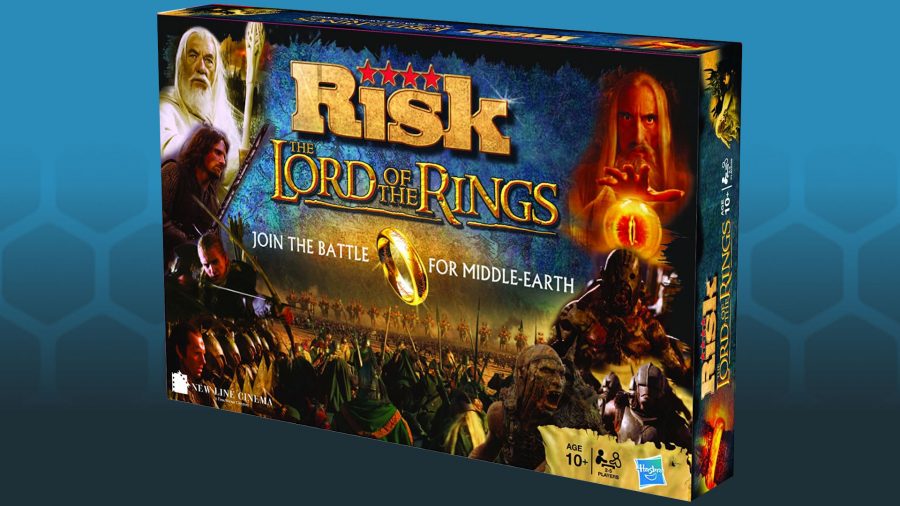 Risk: The Lord of the Rings

If you had to list the most well-known board games of all time, Risk would probably be on the list (right after Monopoly). And, just like with Monopoly, you can buy a thousand-and-one themed editions of Risk – Risk: The Lord of the Rings included. If you’re unfamiliar with Risk, here’s a quick summary: two to four players take turns moving across a map, capturing territories and managing alliances with the aim of occupying every territory on the board. A standard game of Risk tends to take place on a real-world map, but this is exchanged for Middle-earth in Risk: The Lord of the Rings.

History became legend: These are the best historical board games

The estimated play time for Risk is cited on BoardGameGeek as 120 minutes. However, many who have personal experience with this board game will cry that they’ve had games of Risk last days – so this is another Lord of the Rings board game to schedule a weekend for if you’re after another strategy-heavy wargame. 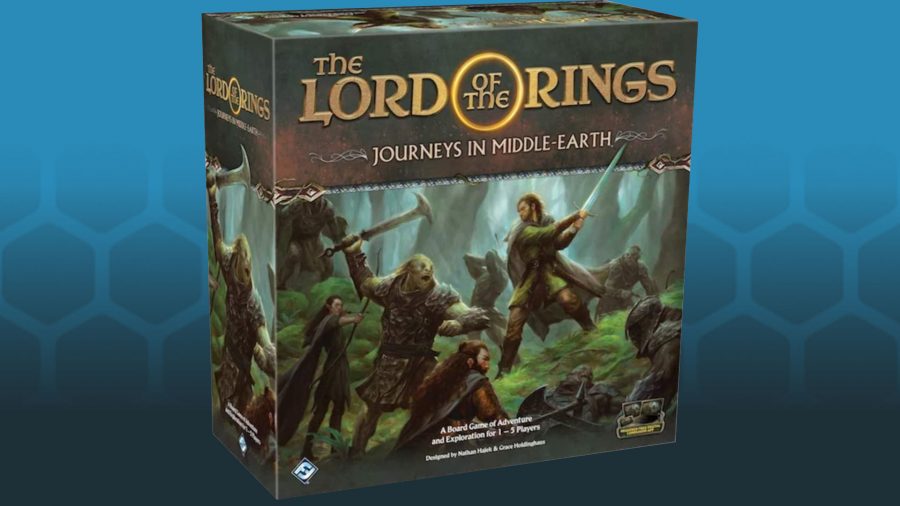 The Lord of the Rings: Journeys in Middle-earth

Releasing in 2019, The Lord of the Rings: Journeys in Middle-earth is one of the more recent additions to the Lord of the Rings board game universe. However, this doesn’t mean it’s any less of an adventure for tabletop Tolkien fans.

This game is designed for two to five players who want to experience their own adventure in Middle-earth rather than those famous tales documented in There and Back Again and beyond. Much like the fantasy board game Gloomhaven, Journeys in Middle-earth is a cooperative game that takes place over several single adventures that are part of a larger campaign. Also like Gloomhaven, it’s got a supporting app.

And, in true Lords of the Rings fashion, this is another long play – a campaign is estimated to take anywhere between one to two hours, and you’ll likely want to get your own familiar fellowship together to play through the entire extended campaign. 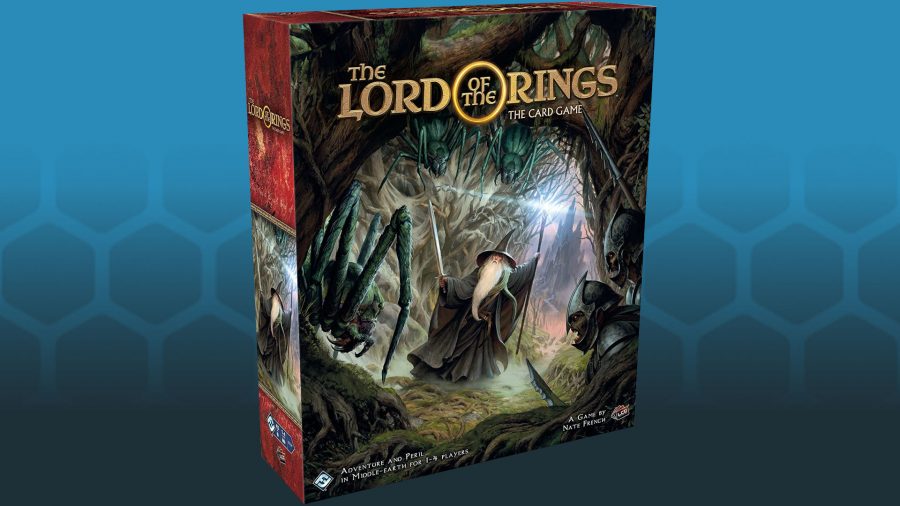 The Lord of the Rings: The Card Game

While many entries in this list have focused on recreating the magic of Tolkien’s original works, The Lord of the Rings: The Card Game chooses to take players beyond these well-known stories. Faces both fresh and familiar appear in the decks, and their different combinations provide opportunities for new stories and scenarios in the realm of Middle-earth. In the Lord of the Rings: The Card Game, up to two players must work together to win against an automated scenario, using heroes, allies, enchantments, and events to fend off foes.

Love that which they defend: a guide to the best war board games

The Lord of the Rings: The Card Game regularly releases new adventure packs to add variety to your games, but if you’re coming to the game for the very first time, the base game has more than enough to get you started. Playing as heroes like Aragorn, Gimli, and Eowyn, you’ll get four pre-made decks to see you through until you’re ready to embark on a more heavily customised unexpected journey. 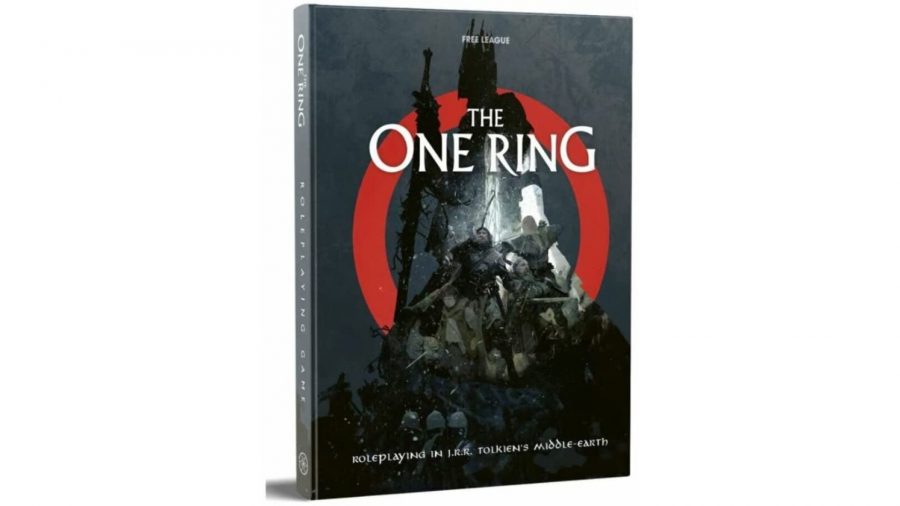 The One Ring Tabletop RPG

The Lord of the Rings is a franchise too powerful to be simply limited to board games – other tabletop fans get some action, too. If you’re a fan of tabletop RPGs like Dungeons and Dragons, The One Ring tabletop RPG isn’t one to miss.

Now in its second edition, this TTRPG from Free League publishing is set in Middle-earth, in the year 2965 of the Third Age. The game is based on The Lord of the Rings, The Hobbit, and Tolkien’s wider works in this universe, but the appeal comes from the chance to have your own adventures in your favourite fantasy setting. Will you traverse the Misty Mountains on a quest against the Shadow? Or will you stick to the Shire, solving spats and chasing everyday mysteries?