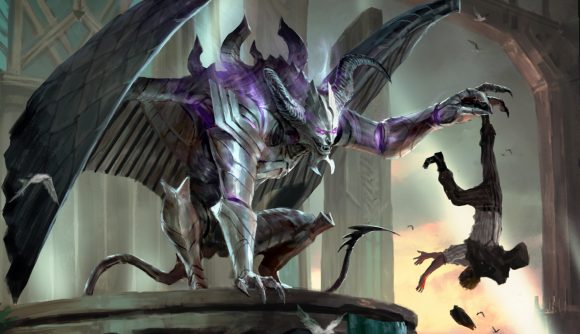 A new set of digital-only cards is coming to MTG Arena, set in the sparkly but sinister world of Streets of New Capenna. There’ll be 30 cards in total in this mini set, designed for MTG Arena’s digital-only Alchemy format. Wizards of the Coast announced the release date of Alchemy: New Capenna on Wednesday. Its MTG Arena release date is June 2, and its arrival will be heralded by two new Alchemy events.

Wizards says Alchemy: New Capenna differs from previous Alchemy releases in a few vital ways. The biggie is that the distribution of rarities has been altered, meaning there are fewer rares and more uncommons in this set. Provided these uncommons are actually decent cards, this will obviously make a major difference for Alchemy players looking to craft the new set, since rare wildcards are like gold dust, while uncommons are a dime a dozen.

It also seems that it’ll be a bit easier to obtain the cards in Alchemy: New Capenna, at least judging  by the two Alchemy events running alongside the set’s June 2 release date: Premier Draft and ‘Into the Future’.

The first of these is a Streets of New Capenna player draft event, where a single common in each pack is replaced with an Alchemy: New Capenna card. The Alchemy card can be of any rarity, so some lucky packs will contain two rares. (I’ll be annoyed, though, if my Inspiring Overseer or Disciplined Duelist is switched for some dud card.) 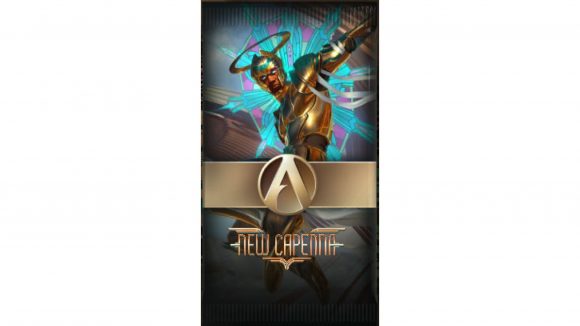 The second event, more cryptically named ‘Into the Future’, will apparently ‘spotlight new cards and their capabilities’. It’ll be entirely free to enter, have preconstructed decks, and reward you with Alchemy: New Capenna packs and Mastery XP.

Alchemy also has a new logo and is getting a much-needed quality of life update. Starting from June 2, you won’t have to manually swap rebalanced cards in and out when using a Standard deck in Alchemy games, or vice versa. Arena will now do that for you.

If you want to squeeze the most out of MTG Arena, check out our MTG Arena codes guide, for anything you might’ve missed. There’s cosmetics, XP, packs, and more to nab for free.