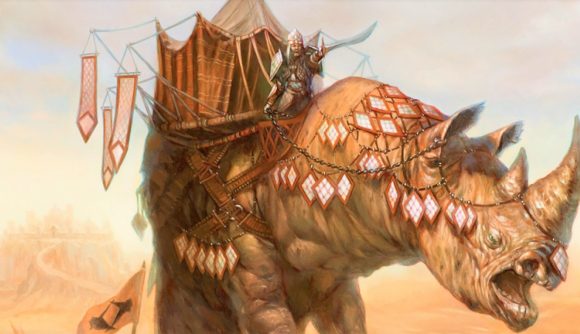 MTG Arena is adding 40 classic Magic: The Gathering cards to the game, in two bundles of 20 cards each. These are the Historic Anthology 6 and Explorer Anthology 1, newly included sets of Magic cards from years gone by that are intended to shake up the Explorer and Historic formats. Both card sets come to MTG Arena on July 28 and cost 4000 gems (about $25 worth), or a whopping 25,000 gold.

This is the first bundle of new cards for Explorer, so players can see how Wizards of the Coast is implementing its idea of slowly adding to the format until it matches Pioneer. The company says the batch “brings a powerful infusion of cards from some of Pioneer’s most popular decks” along with some out of left field additions “that will expand the Explorer format in exciting new ways”.

Wizards’ pitch for Historic Anthology 6, meanwhile, is that it will “quench the thirst of fans of Historic and excite players of Historic Brawl with expanded deck-building opportunities”. The cards from Explorer Anthology 1 will also be legal in Historic, so the latter format is actually gaining 40 new cards, not 20.

The Explorer Anthology has a number of Pioneer staples including Elvish Mystic, which (with Llanowar Elves) lets you put eight mana-making one drops in your decks. There’s also Supreme Verdict for control decks and Mausoleum Wanderer, the best one drop in the blue spirits deck. 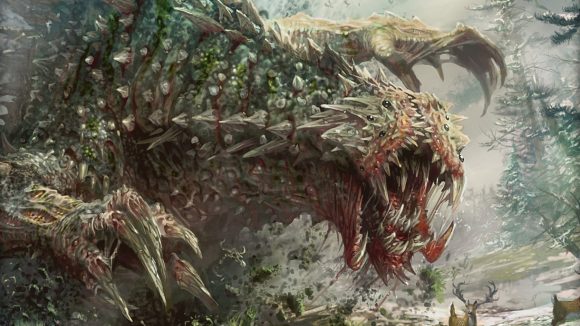 There’s some enjoyable but less powerful picks too: Ensoul Artifact enables the not-top-tier-but-still-fun Scissors Pioneer deck and Siege Rhino is a bit of a meme card, but it was massively powerful once, and maybe it can get some more time in the sun in the lower-power Explorer format.

Historic Anthology has some fun stuff too, for sure, like Tarmogoyf, but it certainly feels like a less focused batch of cards overall. Many of the card slots are taken up with a cycle of artifact MTG lands, and offerings such as Avacyn, Angel of Hope and Go-Shintai of Life’s Origin are clearly angled at Historic Brawl, but are unlikely to see constructed play.

While the Explorer bundle seems the better pick of the two on the whole, some fans have voiced their unhappiness about the exclusion of certain cards from Pioneer’s top decks. It certainly seems like Wizards intends the road to Pioneer to be a marathon rather than a sprint.

Here are the full card lists for Historic Anthology 6 and Explorer Anthology 1.

More of a Standard player yourself? Here are the best MTG Arena decks for the format. And be sure to check out our MTG Arena codes guide so you can make sure you’re squeezing every last drop of free content out of the game.