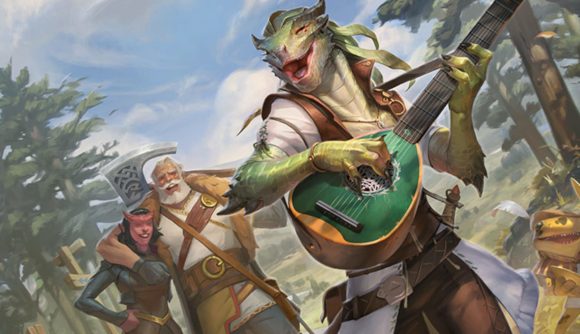 As the release of Magic: The Gathering Adventures in the Forgotten Realms looms closer, publisher Wizards of the Coast has ramped up spoilers of the new set. We’ve previously had a glimpse of its Dungeon cards, and a handful of the classic D&D characters making their way to the trading card game, but now Wizards has released previews for all of the set’s Lands.

The upcoming set will contain four Lands of every mana colour, each with unique flavour text styled as a D&D adventure prompt. And there are some classic locations among them. The coast of Waterdeep appears as an Island card, the Spine of the World in Faerûn is a Mountain, Siverymoon gets namechecked on a Plains card, and the sewers of Baldur’s Gate is a Swamp. Evolving Wilds also makes a return with new artwork.

As well as showing off the new art, the spoilers also reveal the cards’ story prompts. Some are specific, suggesting your party’s quest and motivations, while others are broader, giving only a location or question from which to build an adventure. They’re all strongly based on typical D&D narratives, but touch on high-fantasy tropes, as well as cosmic settings.

And a Forest card says: “As you venture deeper under the boughs of Neverwinter Wood, arrows in a tree trunk suggest you might not be welcome.” 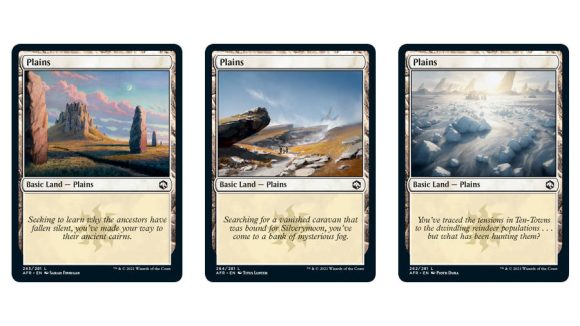 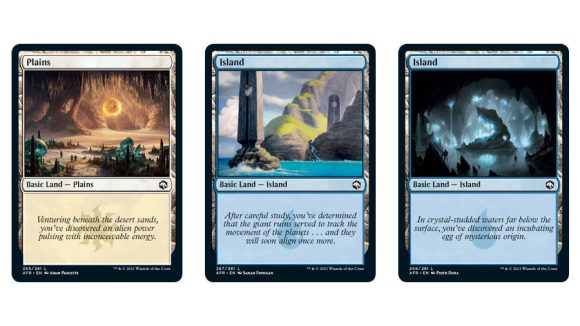 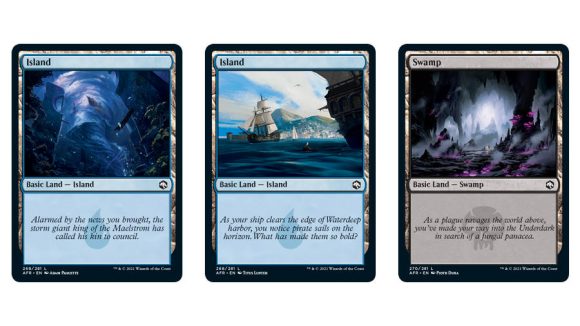 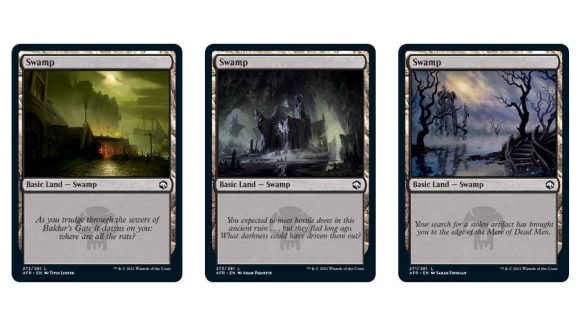 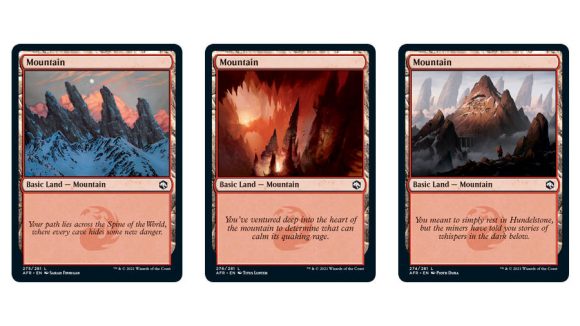 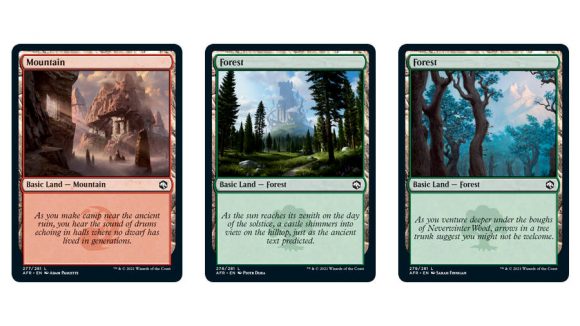 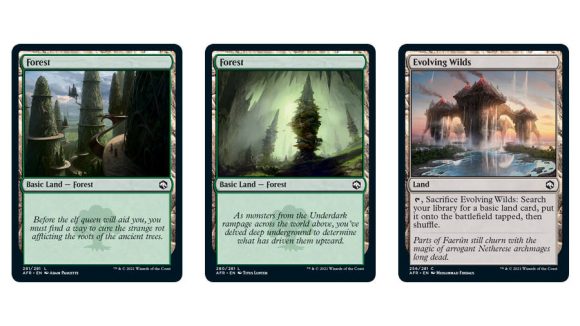 Besides the Land cards, Wizards also showed off new Legendary Planeswalker Ellywick Tumblestrum, in both standard and borderless variants. A Gnome bard, Ellywick was invented to promote the reveal of upcoming D&D sourcebooks The Wild Beyond the Witchlight and the MTG-themed Strixhaven: A Curriculum of Chaos.

Her card abilities tie closely to the set’s new dungeon-crawling mechanic, which has players progress through a branching dungeon mid-game to unlock helpful buffs. Gaining loyalty each time you venture into their depths, Ellywick can spend points on drawing cards, and adding more keyword abilities to your creatures as a reward for your exploration. 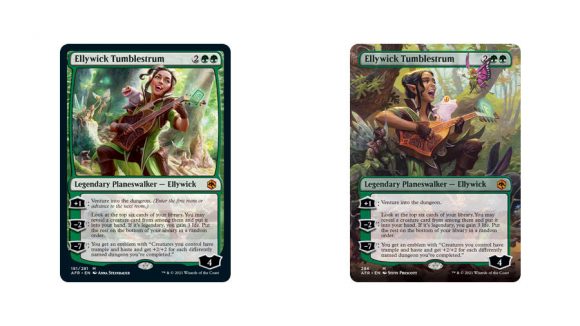 Check out our handy guide to keep up to date with all Adventures in the Forgotten Realms spoilers, or read our walkthrough of how to play Magic: The Gathering, if you’re a total beginner.