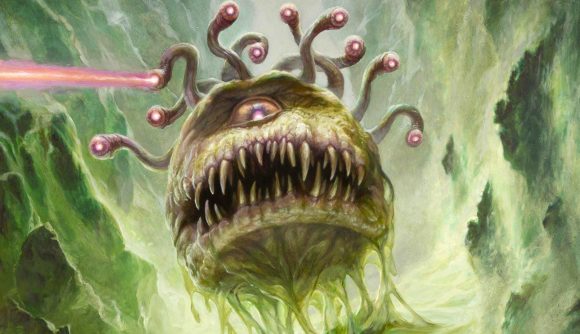 Adventures in the Forgotten Realms, the Dungeons and Dragons crossover set released for Magic: The Gathering earlier this year, is on track to be one of the game’s most successful sets of all time. Hasbro – the parent company of Wizards of the Coast – revealed its success, and that of the wider MTG brand, during its quarterly earnings report yesterday.

Speaking during the firm’s conference call, Hasbro CFO Deb Thomas said MTG and D&D releases had driven Wizards of the Coast’s growth over the past few months, and singled out Adventures in the Forgotten Realms as a particular success. “Fans of both Magic and Dungeons and Dragons embraced the product,” she said, “and it is on track to be our best-selling summer release of all time.”

The success of the D&D-themed expansion set might not be a surprise to many. Heavily marketed to players of both games (even receiving an official five-part D&D adventure series, published by Wizards of the Coast), the set’s recreation of famous D&D characters, its illustrations of classic monsters from the tabletop RPG, and its unique dungeon-crawling mechanic was met with lots of excitement before and after release.

The report also noted MTG’s border financial success. Both Strixhaven and Modern Horizons 2 had record-setting releases (although the report doesn’t specify what records were set), and Wizards of the Coast is expected to double its 2018 revenue by the end of this year, two years ahead of schedule. That growth might not be surprising given the firm has made a total of $1 billion revenue in the year to date.

More crossover sets are on the way. Next year, Commander Legends: Battle for Baldur’s Gate will be the second-ever D&D-themed set to release for MTG, and is specifically designed to be in the Commander format. It will reportedly bring new gameplay mechanics alongside iconic D&D characters, spells, and monsters, but is unlikely to see the same success as Adventures in the Forgotten Realms, given it’s a smaller expansion. 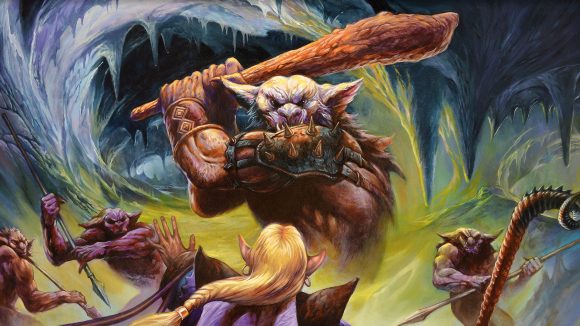 A Warhammer 40k crossover set is also scheduled to release in late 2022, and will include four Commander decks. We’ve already seen a couple of artworks from the set featuring everyone’s favourite power-armoured super soldiers.

Biggest of all, however, is the upcoming Lord of the Rings crossover set, which will be a full expansion set of the same size as Adventures in the Forgotten Realms. Scheduled to release in 2023, few details are known right now.

Check out our guide to the MTG 2022 release schedule for all the details, or read our pick of the best MTG Planeswalkers.