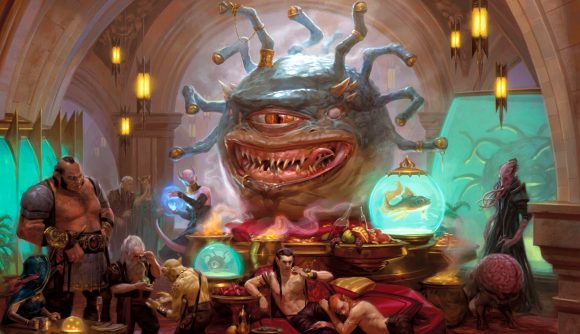 Released last month, Adventures in the Forgotten Realms was a big deal for Magic: The Gathering. The first crossover set to combine the classic trading card game with the world of Dungeons and Dragons, it launched to much fanfare, and introduced a slew of original mechanics that aped D&D’s adventuring and characters. But it might not be a one-off.

Answering fan questions on the official MTG blog, Mark Rosewater, head designer for Magic: The Gathering, said future D&D-themed MTG sets are still on the table. Whether they’ll ever reach development or see a release largely depends on Adventures in the Forgotten Realms’ reception among players.

“There’s a phrase I use a lot on my blog: ‘success breeds repetition,’ Rosewater said. “What this means is that when you do something and you get a positive response, there’s a lot of momentum to do it again. The reception to the set, so far, has been very good, so that’s a positive sign.”

“So, while I can’t give a definitive yes, I can say I’m optimistic that if Adventures in the Forgotten Realms is a success, the chance of more D&D Magic products is high.” 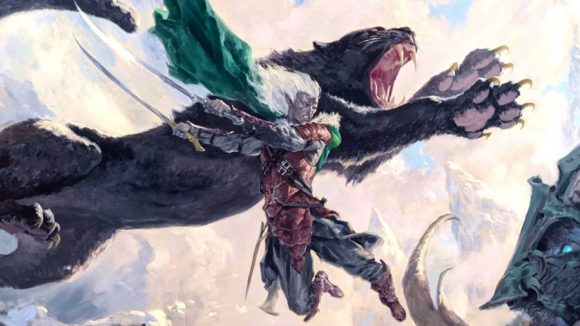 He also highlighted that Magic: The Gathering and Dungeons and Dragons’ shared ownership under Wizards of the Coast improves the chances of future crossovers. With both licenses housed under the same parent company, corporate collaborations are easier to arrange.

Further, the release of future D&D-MTG crossover sets not only influences our chances of seeing the classic tabletop RPG replicated as a trading card game, but may also determine the likelihood of certain mechanics reappearing in future MTG sets.

Asked if any more Dungeons cards (new cards introduced in Forgotten Realms that can be explored for rewards using the Venture keyword ability) would be introduced, Rosewater said that, too, is linked to future D&D crossovers. 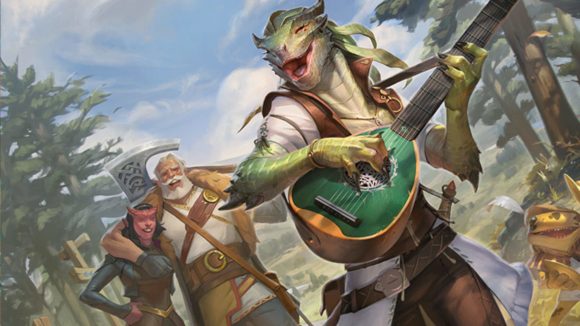 “Will we ever make additional dungeons in the future? I won’t say no, because there’s definitely a future I can imagine where we do, but I do want to stress that it’s a high bar. For starters, it’s a set that requires Venture being in the set,” Rosewater said.

And don’t expect Forgotten Realms’ use of roleplaying flavour text to crop up in many future MTG releases. Asked whether it would be made a permanent card feature, Rosewater said that although the flavour text did well to replicate the adventuring atmosphere of D&D, it isn’t needed to capture the feel of a regular MTG set. 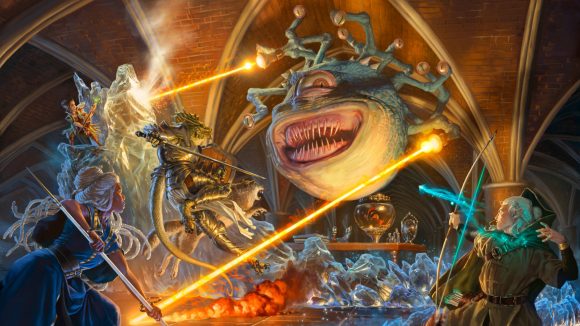 “I do believe, however, that it’s going to be a valuable tool in Universes Beyond [the game’s ongoing series of set crossovers with popular franchises, such as Warhammer 40k and The Lord of The Rings] when, like D&D, we’re trying to capture a property not designed to be shown off on Magic cards,” Rosewater said.

“So, yes, I do think we’ll see flavour words again, but no, I don’t think it will become an evergreen permanent thing, at least in products set in the Magic Multiverse.”

A Magic aficionado wanting a lowdown on all this Dungeons and Dragons business? Check out our D&D classes guide for a swift introduction to the game’s many archetypes. Or, if you’re a D&D veteran, read our guide on how to build a Magic: The Gathering deck to start summoning.