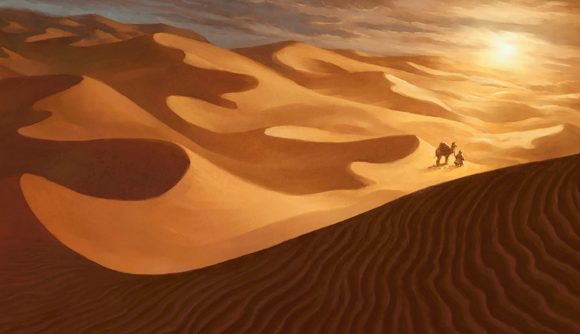 Magic: the Gathering’s head designer Mark Rosewater says a future Standard set could return to Rabiah, the plane explored in MTG’s very first expansion, Arabian Nights. Rabiah’s only major appearance in MTG so far has been in that initial 1993 set. Since then, it’s always been considered off the table because the plane not only features real world locations, it’s also home to characters (like Aladdin and Ja’far) that are not Magic creator Wizards of the Coast’s IP.

Previously, Rosewater even named the Rabiah scale – his system for ranking the likelihood of an MTG plane reappearing – after Rabiah, declaring it the setting least likely to show up in a Standard set. On Sunday, however, responding to a fan through his ‘Blogatog’ blog, Rosewater says: “We could do a Persian/Arabian-inspired set one day and call it Rabiah”.

In other words, while the Arabian Nights expansion it appeared in does not mesh with the norms of modern Magic: the Gathering, Rosewater thinks the Rabiah setting itself could be dusted down and reimagined to fit a future Standard set.

Like most things Mark Rosewater says, this comment led to a lot of buzz on social media, with hundreds of fans in the r/magicTCG subreddit sharing their views on a future return to Rabiah.

It’s pretty clear that the strong positive fan reaction to Kamigawa: Neon Dynasty lies behind Rosewater’s musings. The newly released set has proven that taking an old, unloved plane and giving it new mechanics, a reworked theme, and a fresh story can be a recipe for major success. 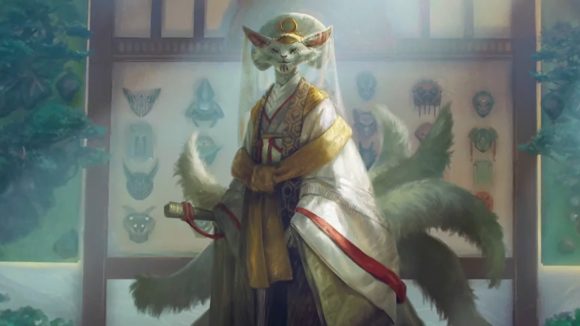 Mark made another post about Rabiah on Monday, outlining the challenges that a return to the plane would bring. “We would need to create our own world, yet feel reminiscent of Arabian Nights, which is a top down set built off another IP,” he writes.

He also draws comparisons between Rabiah and Kamigawa. According to Rosewater, Rabiah “has less built up fan desire, which makes it harder to tap into nostalgia”. It also has “next to zero mechanical identity, which complicates things in one way and simplifies them in another”.

Sounds thorny. Perhaps don’t expect ‘Rabiah Returns’ to be part of the next set announcement just yet.

If this little trip down memory lane has you seeking to sift through Magic’s history, here’s every MTG set in order of release. Or you can explore the game’s future – here’s everything we know about Streets of New Capenna, the next Magic: the Gathering set.