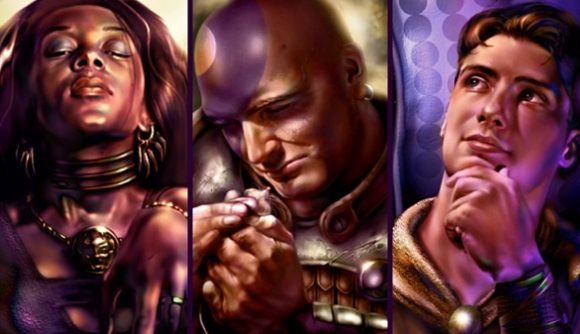 In the blog, published on Wednesday, Rosewater gives out “partial information” about a long list of cards, in-game mechanics, and card types, seemingly hand-picked to give heavy hints towards popular D&D characters and concepts, without naming any names. And among the teased cards is “a legendary creature that makes a legendary Hamster creature token” – which sounds an awful lot like Baldur’s Gate’s premier bald-pated Ranger, and his treasured Miniature Giant Space Hamster.

Rosewater’s post also says we can expect a “special reveal” today (Thursday, June 24) via Wizards’ DailyMTG website and social channels, presumably related to the cards he’s teased – though we can’t be sure if the would-be Minsc and Boo cards will be among any we see previewed later today. You can see all the set’s currently revealed cards in our Adventures in the Forgotten Realms spoilers guide – and make sure to check back regularly, as we’ll be updating it frequently once the set’s preview season of daily reveals begins on Tuesday, June 29.

Minsc and Boo created such an impression among Baldur’s Gate players, and D&D fans in general, that they have become something of a celebrity duo within the Dungeons and Dragons canon – even earning that most solemn of famous honours: being immortalised as Funko Pop! figurines. 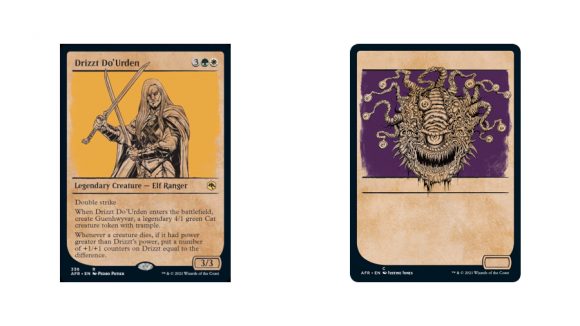 So it’s not too great a stretch of the imagination to think they would merit a specially-designed Legendary Creature card of their own, in a Magic: The Gathering set that aims to bring long-time D&D enthusiasts into Wizards’ flagship card game.

Meanwhile, Rosewater’s post also names another popular D&D character – the villainous Wizard-turned-Lich, and lesser deity, Vecna, from the classic Greyhawk setting – interestingly in the form of “a card that creates a legendary creature token named Vecna”. A summoning ritual in the form of a Sorcery or Enchantment card, perhaps? 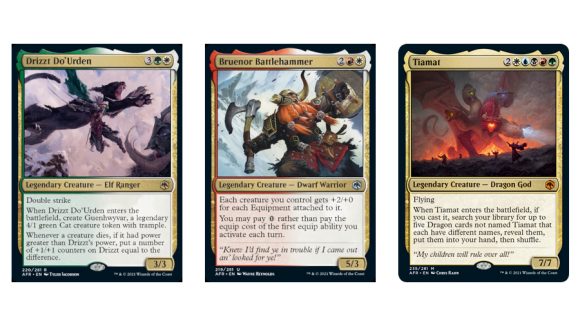 And it teases a bunch of other interesting D&D-flavoured cards and concepts, including these “card type lines”:

The blog post also teases a couple of aspects of the set’s much-vaunted unique adventuring and storytelling mechanics, promising “a new enchantment subtype”, and “cards that let you decide where the story goes”, among various game mechanics, of which we’ll no doubt learn more very soon!

Adventures in the Forgotten Realms’ already revealed cards include special edition cards with the D&D ‘ampersand’ logo, renditions of Drizzt Do’Urden and Bruenor Battlehammer (from R.A. Salvatore’s Legend of Drizzt novel series, and the D&D: Dark Alliance videogame) as well as the arachnid goddess of the Underdark, Lolth, the Spider Queen.