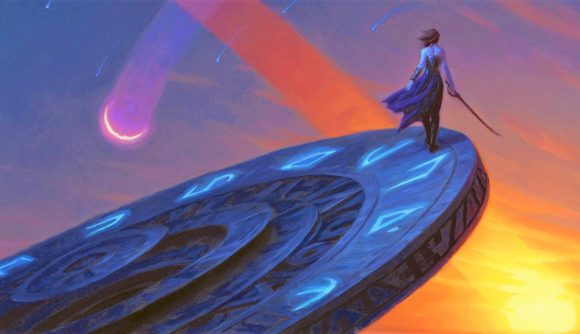 Magic: The Gathering got some mainstream attention on Saturday, when a set of extremely rare MTG cards showed up on the History Channel reality show Pawn Stars. A seller brought 27 Gamma playtest cards to hosts Chumlee and Rick, looking to sell them for $25,000.

Gamma playtest cards are true Magic: The Gathering relics. They’re facsimiles of real cards that were handed out to playtesters to try out Magic in 1992, before the game officially launched with Alpha in 1993. The playtest MTG cards we see in the show, which include cards such as Firebreathing, Pearled Unicorn, and Guardian Angel, are from the third phase of testing, and are known as Gamma playtest cards.

Don Lewis, the game store owner Pawn Stars got to weigh in on the items, explained that these playtest cards were only given “to roughly 40-ish people to test out Magic, and make sure that it played right”. He went on to emphasise their rarity, saying that “90% of these got thrown in the trash before the game came out. Most people who play Magic wouldn’t even know that these exist.”

A particular highlight of the segment is when the expert casually flashes his own copy of a playtest Time Walk, a ridiculously powerful (and super banned) card, regular versions of which typically sell for thousands of dollars. No valuation was given for that particular beauty. 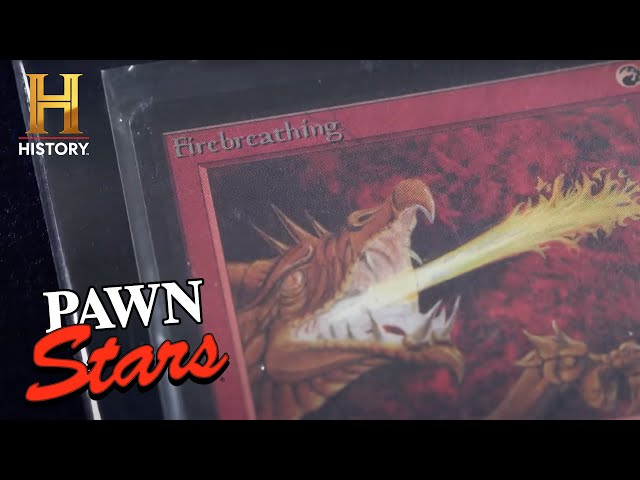 The seller’s cards were less prestigious however, and the expert valued them at $400 a pop, for a total of $10,800. After Chumlee haggled with offers of $6,200 and $7,500, the seller eventually decided to pass, in the hopes that the playtest cards would increase in value over time.

“There wasn’t any magic happening here today, so I’m just going to gather up my cards and head home,” they said. Oh ho ho.

It’s interesting to look at how Magic cards were presented in this episode compared to the treatment given to rare Pokémon cards in Season 14, which aired in 2017. Just five years ago, Pawn Stars played up how strange it was that trading cards could be considered collectable and valuable. There’s no such staged confusion in this episode, and the segment even ends with Chumlee teaching Rick how to play Magic: The Gathering.

It should be noted, though, that he seems to be totally cheating, announcing that he’s dealt seven damage by casting Cavalcade of Calamity, when it doesn’t seem like he’s even declared attackers.