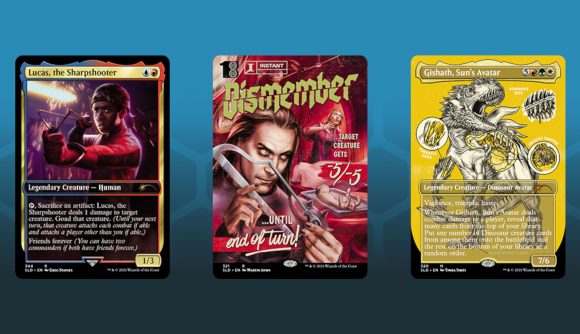 Magic: The Gathering’s latest Secret Lair superdrop has been revealed, giving us a glimpse of the trading card game’s next series of premium, limited-time releases. The October superdrop will include seven boxed sets, and go up for pre-order on October 18.

Foremost among them is the Secret Lair x Stranger Things crossover set, which introduces eight mechanically unique cards styled around characters from the popular television show, alongside an additional Clue Token. It will include cards for Eleven, Hopper, the Mind Flayer, and more, although every card in the set will eventually be reskinned with new artwork to suit the MTG multiverse, to be reprinted in the booster packs of next year’s Streets of New Capenna set release.

Monster Movie Marathon, meanwhile, includes four cards all styled around classic horror movie tropes. Although not mechanically new cards, they include new artwork for Beast Within, Blasphemous Act, Dismember, and Grafdigger’s Cage. Similar, Thrilling Tales of the Undead is a collection of three cards themed around pulp horror novels, featuring new reskins of Gravecrawler, Rise of the Dark Realms, and Liliana, Death’s Majesty. 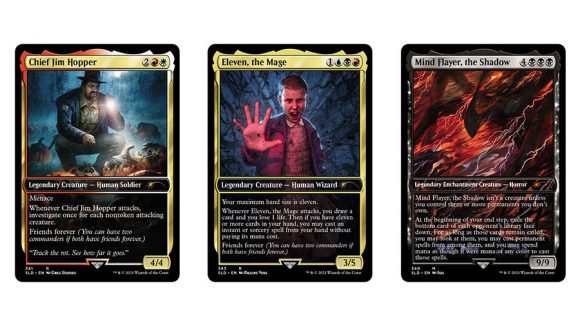 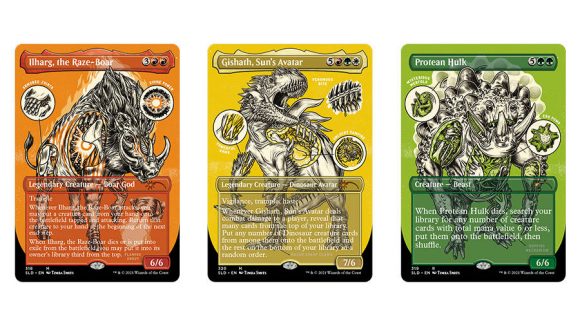 A rather different release, Read the Fine Print centres around classic Planeswalker Liliana Vess. The set’s title references a moment in MTG lore in which Vess unwittingly struck a deal with the elder dragon Nicol Bolas, and the set’s five cards are all reskins of existing MTG cards featuring Vess’s favoured demons.

Mirrordinsanity is a collection of five Artifact Land cards featuring the psychedelic illustrations of artist DXTR, while Showcase: Midnight Hunt recreates ten of the recent set’s basic Lands in its black and white showcase art style. 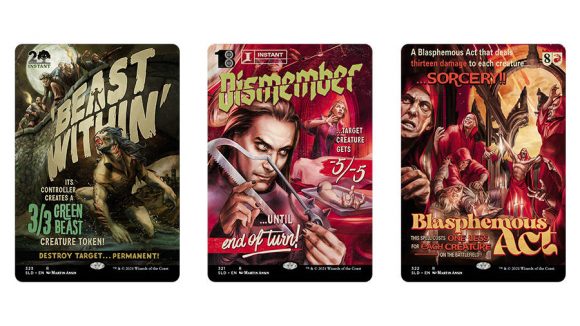 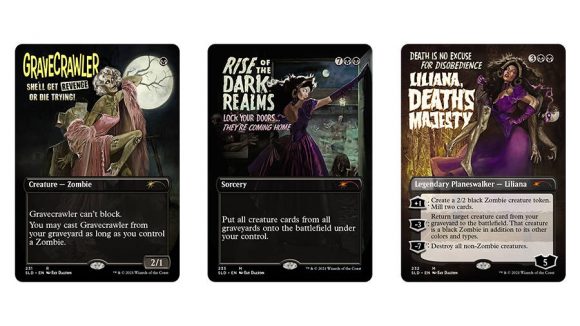 So, that’s seven sets in total:

All the sets will be available to pre-order in various bundles and foil editions between October 18 to November 15 from the official Secret Lair webstore. Check out yesterday’s MTG blog post for a full rundown of the sets’ cards.

In the meantime, check out our pick of the best MTG deck builders who can use online, or grab some free MTG Arena codes.