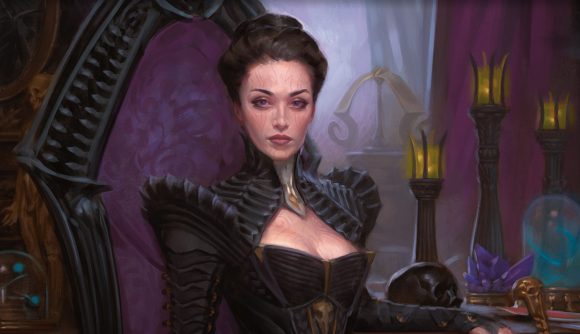 Last year’s Magic: The Gathering meets Harry Potter set Strixhaven was a pretty big hit with fans, thanks to its whimsical magical school theme – it even got ported over as a DnD setting. The set focused around five colour pair ‘colleges’, each with their own speciality and aesthetic, from the history buffs of Lorehold to the rap battlers of Silverquill. But why are there only five colleges in Strixhaven, when MTG has 10 colour pairs in total?

That was the question posed by a group of fans on the custom card making Discord group, Custom Dragon Highlander. They decided to right this wrong, and design their own set of MTG Strixhaven colleges, based on the ‘ally colours’: the five colour combinations who drew the short straw and were left out of the official set. From Battrikade to Gildtale, each would have its own mechanics, its own subject, and its own theme.

This started with a challenge to build a set of commanders that could work as a team, but the custom Strixhaven colleges were such a neat idea that the project soon grew into something more ambitious. Now for several months, the group has been beavering away, creating new mechanics and lore, finding suitable art, devising draft archetypes – in short, designing a full, unofficial Strixhaven set.

The colleges in this fanmade Strixhaven set are: 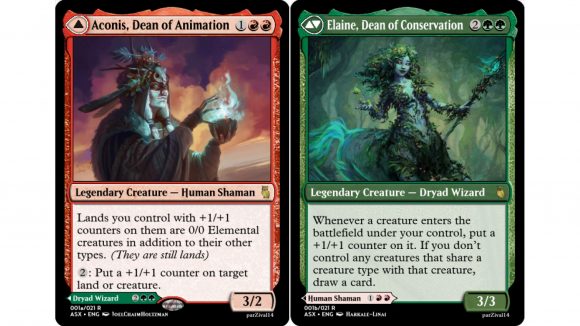 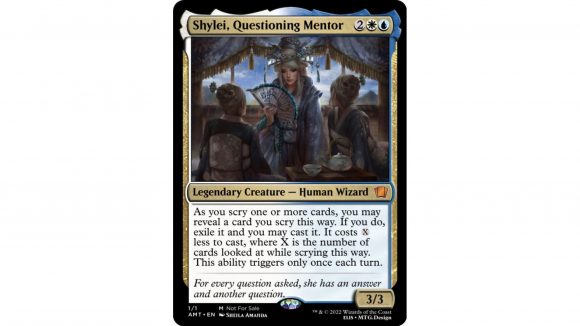 According to a member of the design team, Discord user Daermoon, the set (which is yet to find a firm name) will have its own plotline too, though the lore is still being hashed out. It’s based in a mirror world that’s a strange reflection of Arcavios (Strixhaven’s home plane). As well as lots of new characters, there’ll be plenty of familiar faces, as planewalker names bandied about on the server include Dovin, Vivien, and Davriel.

As you might expect, the fan project will extend a number of Strixhaven cycles, adding new deans, plegemages, elder dragons, and apprentices. Plenty of tried and true Strixhaven mechanics are also featured, such as the iconic Lesson cards, but there’ll also be new or returning mechanics from way back in MTG history. Battrikade for instance, looks to be centred around Fortifications – a mechanic from Future Sight that never found its feet in official MTG sets. 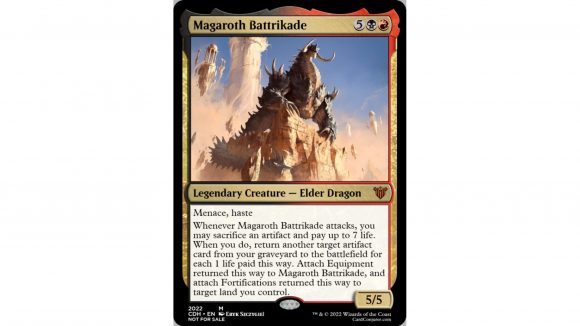 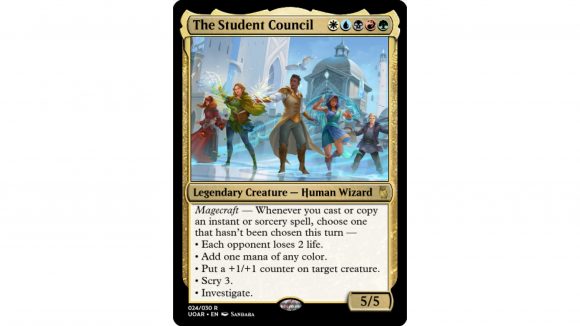 Intriguing card ideas include evil clone copies of Will and Rowan Kenrith, and a student council card that’s all five colours.

Daermoon says the set is “still early in development” – while some colleges have been rather fleshed out, others are just getting started. However, the CDH group already has ambitious plans for what they’ll do after their Strixhaven set is complete. “Our next stop is most likely Kylem,” they say, although a return to Ravnica, rebuilding in the aftermath of War of the Spark, is also a popular choice.

You can find out more about the project on its Discord server.