Let’s clear something up straight away: any plane in Magic: The Gathering’s vast multiverse would make a pretty fantastic setting for a Dungeons and Dragons campaign. Rich in fantasy lore that stretches across cosmopolitan cities, deific dragons, arcane spellcasters, and world-ending wars, it’s not much of a leap to transport the trading card game to a tabletop roleplaying session.

But Strixhaven is unique. The ancient School of Mages, first introduced earlier this year in the titular MTG set, is making its way to D&D 5E in the Strixhaven: A Curriculum of Choas sourcebook. The upcoming release might not be the first time Wizards of the Coast has mashed together its two biggest IPs, but it could be the best crossover yet, introducing a new, more intimate exploration of the Magic Multiverse than what’s come before.

A magical university that educates the brightest wizarding minds, while dealing with its own disruptive arcane practices, and holding an inter-college, magical sporting competition – Strixhaven’s pop culture roots aren’t too hard to see. Players will enrol at one of the school’s five colleges, each bringing its own spellcasting speciality and history, and be led across its grounds by their DMs.

All the usual MTG figures are here. Planeswalkers stride around the campus, mage-students delve into arcane research, and a group of spellcasting dragons founded the university centuries ago. Magic is studied for preservation and dissemination, while spellcasting is promoted, and the secrets of mana unlocked. 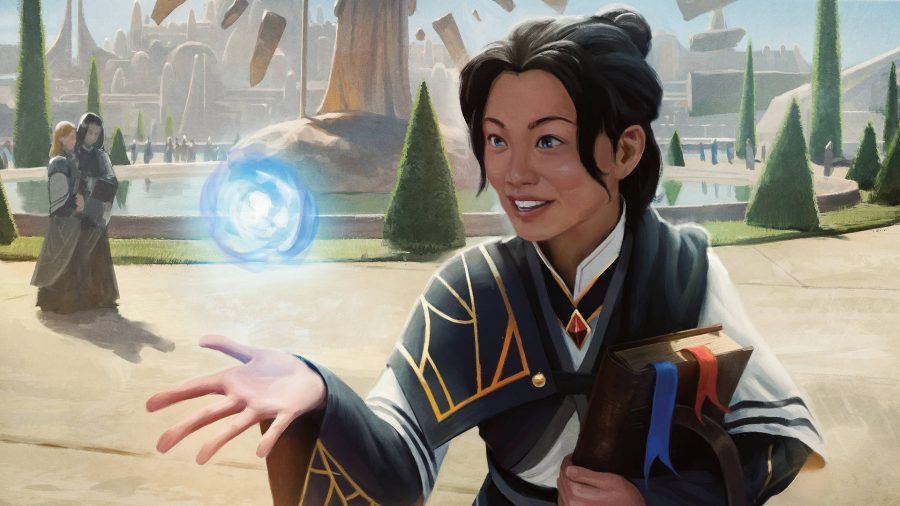 All of this might sound like lofty set dressing, but it’s small fry in comparison to Wizards’ previous attempts at bringing Magic to D&D. The last MTG-themed sourcebook, 2020’s Mythic Odysseys of Theros, provided an expansive, mythological Hellenic world, that centred on heroes, Herculean quests, and deific narratives. The crossover previous to that, 2018’s Guildmasters’ Guide to Ravnica, was similarly ambitious, cataloguing the steampunk city, with its many interweaving factions, precincts, and political-magical interests.

Intimacy is better found in stories of modest adventure

Those settings were massive. Wonderful, but massive. The upcoming Strixhaven book offers an altogether different approach of subsuming MTG into the realms of D&D. Paring down its scope to the frenzied halls and dusty libraries of an, albeit sizeable and magical, university, it looks to focus on the small, not the big. A single university with students and professors, rather than sprawling worlds inhabited by gods and warlords. It makes for a more focused setting.

And this isn’t an arbitrary distinction to make. Through casting adventures on a smaller scale, new flavours of storytelling emerge. The grand is replaced with the pragmatic, world-on-the-scale questing makes room for frivolous whimsy, and the obscured face of epic adventure is removed in favour of the personal touch. Intimacy is better found in stories of modest adventure, wherein characters can be explored more completely, and events a little further beneath the cosmic stage can take significance. 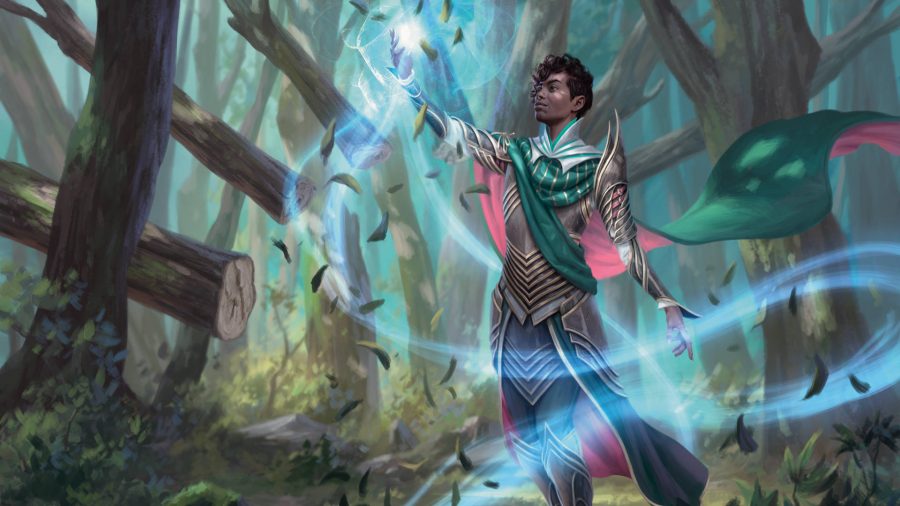 All of this provides the opportunity to explore Magic in a way that’s yet to be done in-game. Previously released sourcebooks do well to recreate the joys of diving into vast worlds, replete with rich fictional histories and monumental narratives. The card game’s artwork shows the gorgeous worlds and diverse denizens of its Multiverse better than the Theatre of the Mind ever could, and even its metagame manages to capture the frenzy of divergent, plane-spanning battles.

But now, Strixhaven offers the experience of Magic at the personal level, breathing new life into its otherwise calculated, competitive Multiverse. It’s a representation of the franchise that’s often talked about, but rarely seen. One where characters are given pride of place for their stories and personalities, rather than their stats.

World hopping: These are the best Planeswalkers in MTG

It’s a version of Magic that’s had a good look-in through a few comparatively obscure novels, but little else. And it’s all the more exciting for it.

Some might not be immediately swayed by Strixhaven’s school setting. Maybe it’s too restrictive, too twee, or lacking the edge that previous Magic expansions have had. But dig deeper, and you’ll find it to be the perfect place for storytelling experimentation, especially for those new to the world of Magic. 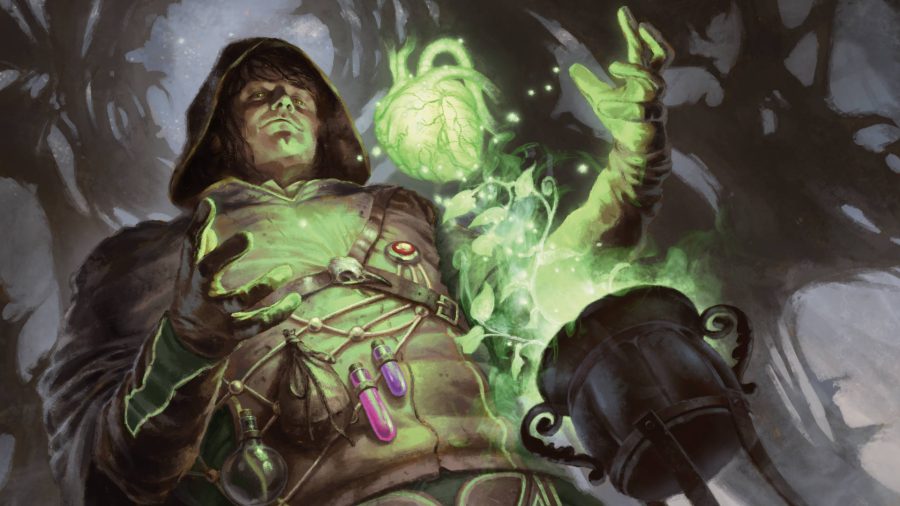 Tales of wide-eyed student discovery serve as the perfect analogue for veteran D&D players taking their first steps into the Multiverse. In a setting where magical duelling is a favoured pastime, arcane knowledge spews from textbooks with abandon, and powerful mages are ubiquitous, the book’s theme might be unoriginal, but it’s anything but boring. Add in a little classroom drama, academic grudges, and childhood innocence, and you’ve got a concoction of varied hooks for adventures both silly and serious.

The book’s theme might be unoriginal, but it’s anything but boring

Or perhaps something else is grating the detractors. The comparisons to one particular bespectacled teenage wizard are, understandably, hard to ignore. But to worry that Strixhaven will amount to little more than a parallel of Harry Potter does a disservice to the reams of fantasy literature that extend beyond it. Garth Nix’s Old Kingdom anthology, Jim Butcher’s Codex Alera, and, most brilliant of them all, Dianna Wynne Jones’s Chrestomanci series – to name but a few – all trade on elements of the same lore and concepts.

There’s a rich history of wizarding schools in fantasy literature. Some books are for children, others for adults; some are silly, some stern. But they culminate in a diverse subgenre that extends far beyond the walls of a single location, leveraging the myopic enthusiasm of their young heroes for boundless adventure. Schools of magic have proved to be fertile bases for narrative experimentation, and shouldn’t be consigned as a lazy trope. 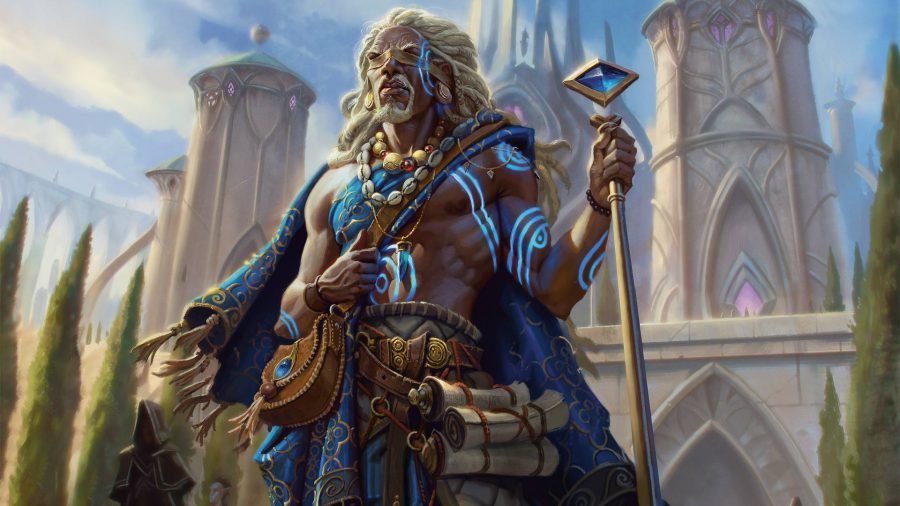 But by doing these things together, it might well be first to present Magic: The Gathering in a decidedly distinct way – one which lets players experience its planes intimately, and without the grand verbosity that’s come before. That’s exciting enough.