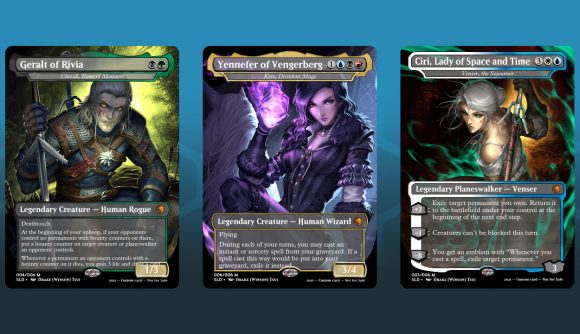 Magic: The Gathering seems to be releasing more crossover sets all the time. The trading card game received its first fully-fledged D&D expansion earlier this year, and will get a set of Warhammer 40k Commander decks in 2022. Fortnite and Street Fighter Secret Lair drops are coming next, after a League of Legends release later this year. For one MTG fan, however, a popular fantasy license was missing from that roster of crossovers.

Shared on Reddit earlier this week, user X3lio has created a custom batch of MTG Secret Lair cards themed around the main characters of The Witcher franchise. The four cards are edits of existing MTG prints, with similar themes or lore, reworked with custom artwork.

Geralt of Rivia is a green-black Legendary creature whose card text is, rather appropriately, lifted from Chevil, Bane of Monsters. He’s illustrated holding a silver sword while perched on top of a slain griffin, and although possesses Deathtouch, is given a pretty weak 1/3 power-toughness rating. Yennefer of Vengerberg, meanwhile, is an edit of Kess, Dissident Mage, which is also pretty apt for the non-conformist sorceress. Her Flying keyword ability might be a little off-base, but her blue-black-red mana colours seem appropriate.

Ciri, Lady of Space and Time, is treated as a Legendary Planeswalker and is based on Venser, the Sojourner, presumably for her penchant to hop between worlds. Her ability to exile and return permanents seems fitting for her space-time-bending ways. Finally, Triss Merigold is an edit of Jori En, Ruin Diver. This one’s a bit of a stretch – Triss isn’t a Merfolk, nor often seen hunting for ancient relics – but rewarding players for casting spells is applicable.

The card illustrations shown in the Reddit post are based on the characters as they appear in The Witcher videogame series developed by CD Projekt Red. The cards’ creators, Drake Tsui and Jess Reinhardt, have also uploaded the artworks separately at a higher resolution on Art Station. 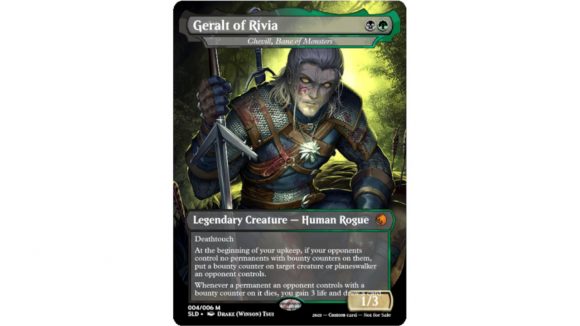 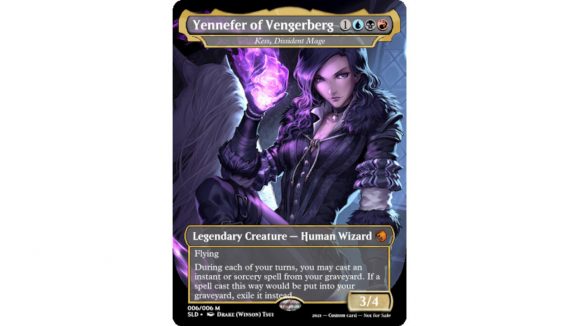 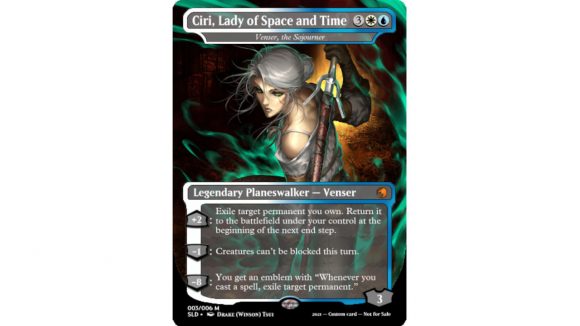 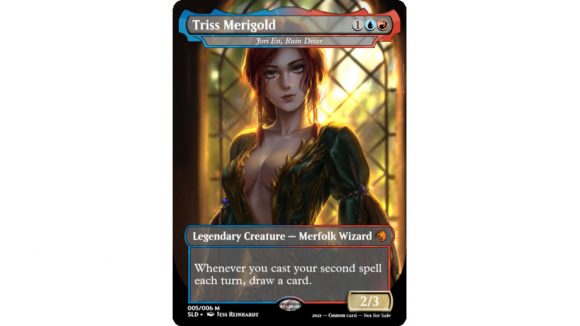 There’s no suggestion that an official MTG x Witcher Secret Lair drop is on the way, but given the popularity of the franchise and the rate at which Wizards is announcing crossover sets, it might not be surprising if it eventually rears its head. Andrzej Sapkowski’s novels will be coming to the tabletop in another form, however, in the upcoming The Witcher: Old World board game.

Keep up to date with all the latest sets with our MTG 2022 release schedule, or learn how to build a Magic: The Gathering deck in our handy guide for beginners.