If you were planning on investing in assets that would really give you bang for your buck, what would you pick? Shares in a major company? Fine art? Or even – god forbid – NFTs? Anyone who doesn’t keep up with LEGO as a hobby might be shocked to find the tiny plastic bricks on this list.

But it’s true – these days, some LEGO sets are selling for enough cash to mortgage a house. It can be hard to pin down exactly what drives up the value of a LEGO set, however. The best Star Wars LEGO sets are often a safe bet, but which ones? And the most expensive LEGO sets aren’t even always the biggest LEGO sets (though some of them definitely are – as you’ll see below).

To help you keep track of the most expensive LEGO sets on the market, we’ve put together this handy guide to the most valuable bricks on the block. Be aware that many of these sets will be rare collectable items, so you may have to get your eBay hunting hat on to find a box – at a price depending on varying sellers and bidders.

Before we get started, here’s a sneak peek at the guide. These are the most expensive LEGO sets of 2022: 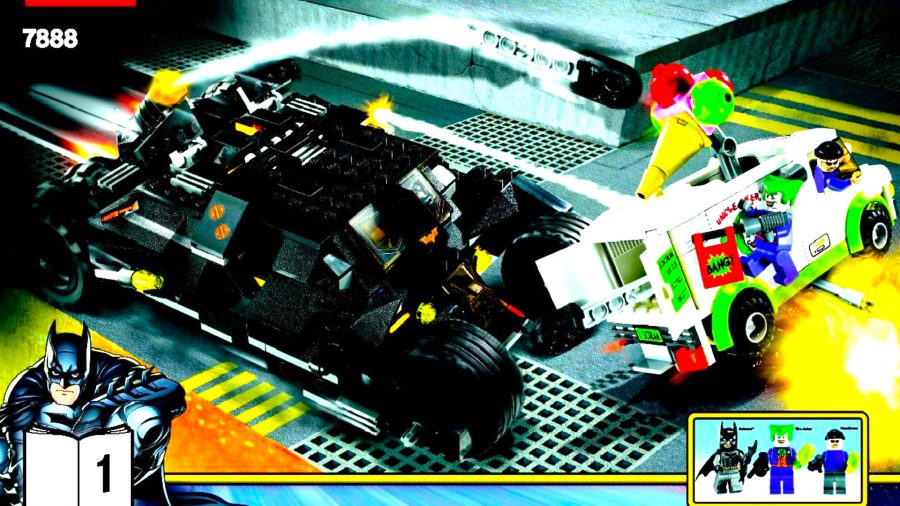 If you’re super into your Batman lore, you’ll already know that the Tumbler is the name of the off-road military vehicle Bruce Wayne uses in the Christopher Nolan Batman trilogy. If you didn’t already know that, you may know the car by its more common name – The Batmobile.

Adults only: Here’s the best LEGO for adults

There are many different versions of LEGO Batman: The Tumbler in the brick-i-verse. More common sets like the LEGO Batman Tumbler Set For Adults can be picked up more easily from online retailers for around $260 / £200. However, the rarest of the rare is The Tumbler: Joker’s Ice Cream Surprise, which comes with a sugary escape vehicle and the Clown Prince of Crime himself. It’s clear from second-hand sales of The Tumbler: Joker’s Ice Cream Surprise that crime does, in fact, pay – this version of LEGO Batman: The Tumbler has fetched as high as $1,500 / £1,146 on eBay in 2022. 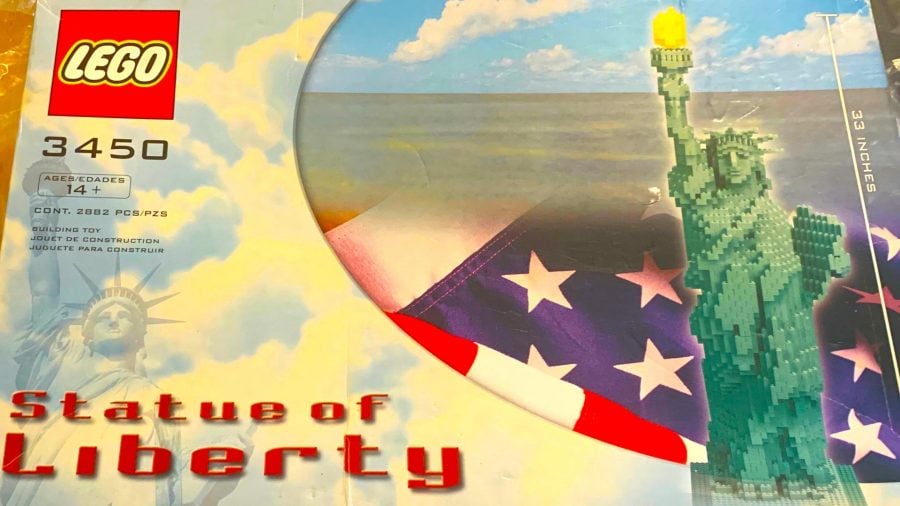 “Give me your tired, your poor, your huddled bricks yearning to build free.” Okay, so maybe that isn’t exactly what it says on the LEGO Statue of Liberty, but it probably would if it was large enough to have a readable plaque. This is a symbol of freedom that you can fit on your table without having to take a trip to New York.

Paper Padawan: These are the best Star Wars comics

Once again, there are multiple LEGO sets designed to imitate the great American landmark. The 21042 model from LEGO’s Architecture series is still available from the LEGO shop for a meagre $118 / £90 – while the 3450 LEGO Statue of Liberty sold for a whopping $1,500 / £1,144 through online auctions this year. 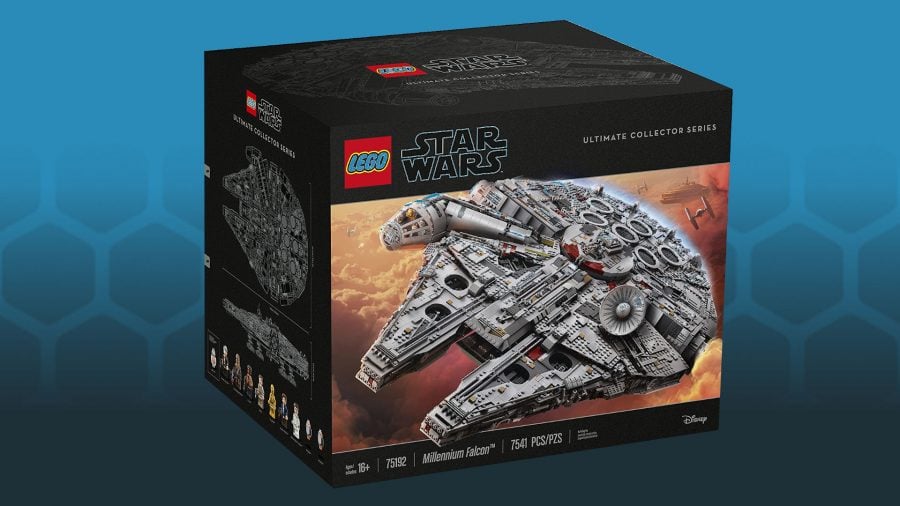 There are few pieces of Star Wars memorabilia more iconic than the LEGO Millennium Falcon. In fact, this entry in the guide is so memorable that you can still order a box from the LEGO store – but you will have to backorder it, and it’s going to cost you around $900 / £700.

I need a hero: Check out our guide to the best Marvel Funko Pops

Under $1,000 for one of the most expensive LEGO sets of 2022 might seem like small fry, but the relative scarcity of this set means that the second-hand sellers are the ones really driving up the price. The 75192 Collector’s Set – which LEGO calls “the largest, most detailed LEGO Star Wars Millennium Falcon model we’ve ever created” – is the box to beat, which has sold on eBay recently for anywhere between $500 and $1,750. Heck, someone is even trying to sell the instructions alone for $60. 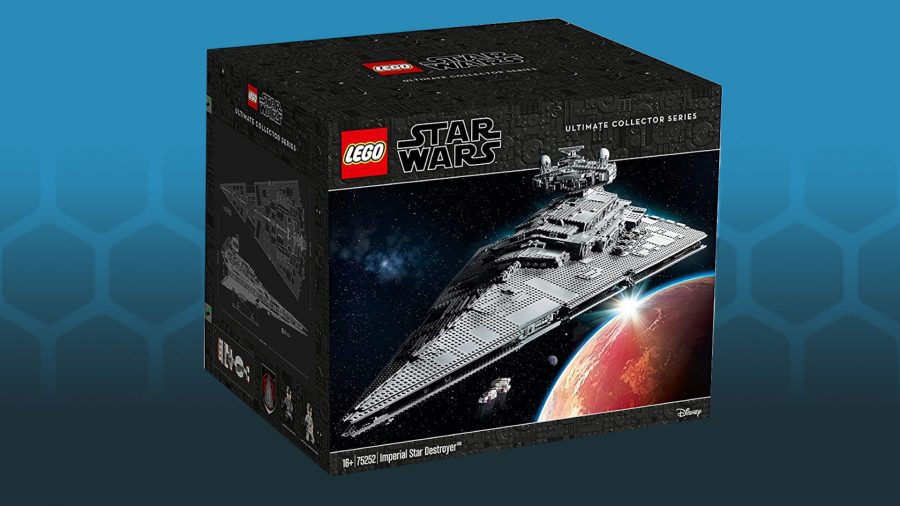 Back in 1999, some clever clogs in the business world decided that Star Wars and LEGO would be a match made in heaven – meaning that LEGO has been an integral part of the Star Wars toy line for the entirety of this millennium. Because of that, you won’t find it surprising that another Star Wars box has made it onto the list of most expensive LEGO sets.

Use the board, Luke: Check out the best Star Wars board games 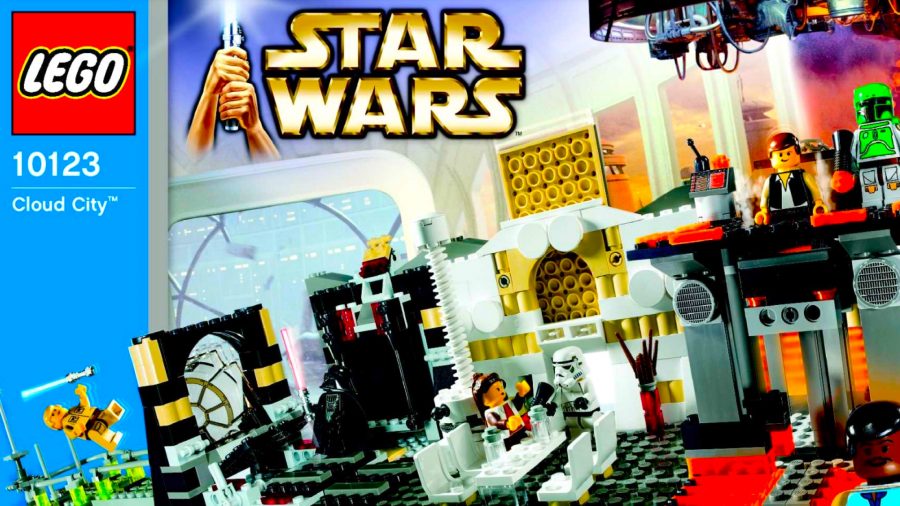 The most expensive LEGO sets list concludes with – you guessed it – even more Star Wars. First appearing in Episode V The Empire Strikes Back, Cloud City is the floating mining colony where space opera fans first met Lando Calrissian on-screen for the first time.

While (once again) there are multiple iterations of LEGO Cloud City, it’s the 10123 set that has the most eye-watering price. Not currently available from retailers, second-hand hunters can expect to pay up to $2,600 / £1,980 based on previous auction sales in 2022.