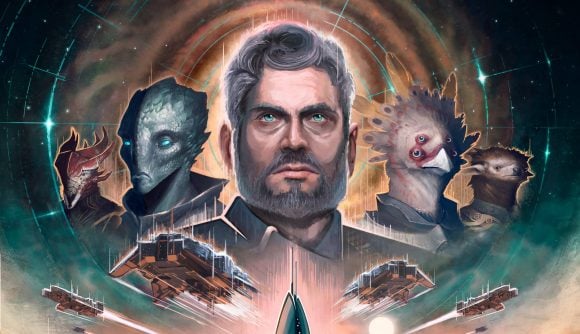 Popular sci-fi strategy videogame Stellaris nearly came to the tabletop several years ago in an officially licensed board game adaptation that was later shelved, Wargamer can reveal. Designed by industry veteran Martin Wallace, the game predates Academy Games’ upcoming adaptation – that was successfully kickstarted back in March – by several years, and was eventually shelved after its publisher, Rule & Make, met financial difficulties.

Speaking to Wargamer, Wallace says he started designing his Stellaris board game in early 2018, and wanted to make it distinct from many of the existing space-themed strategy board games on the market. Rather than challenging you to amass resources or bash together huge armies, Wallace describes his tabletop take on Stellaris as a “train game in space”.

“It’s about building hyperspace links,” Wallace says. “This, I don’t think, has been done before. It’s a very different kind of game to your Twilight Imperium kind of thing.”

The hyperspace links acted as railways, connecting the various areas of the game’s hex-gridded map together and providing pathways for your military fleets to quickly travel across.

The idea was for you to utilise the speed bonuses granted by these hyperspace links to deter and overcome enemy fleets. Through shrewd construction, you’d be able to gain a tactical advantage over your opponents, regardless of who possessed the largest army or the toughest troops. 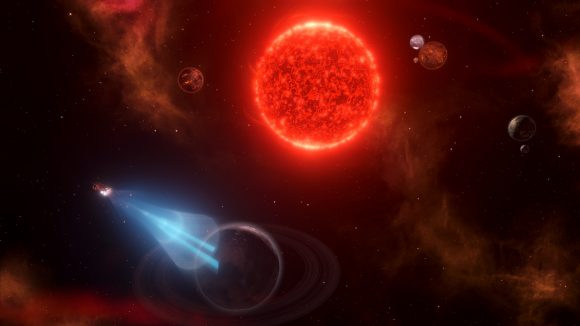 “On your hyperspace links, your fleets have instantaneous movement,” Wallace said. “So if somebody attacks you on one side of your empire, and your fleet’s on the other side, you can get there instantaneously.”

“But if you move off the grid, now you’re moving one hex, which is really slow,” he adds. “That worked really well.”

Those players who created a robust network of hyperspace links that spanned their empire would be able to easily defend it from attackers. Those with a flagging infrastructure, however, would be unable to move their fleets into position quickly enough.

Although Wallace had completed the bulk of the game’s design work, his version of Stellaris was shelved after publisher Rule & Make, who at that time held the rights to publish a licensed Stellaris board game, closed down. 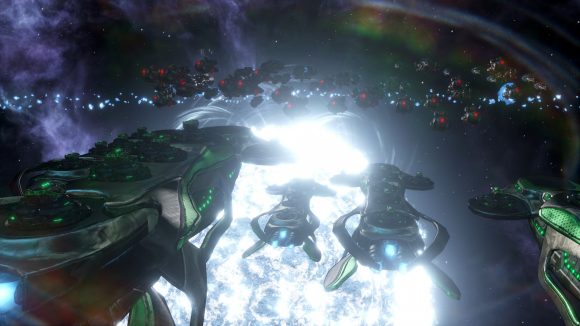 Rule & Make had previously published several board games, such as 2016’s Burger Up, but announced its closure in May 2019 following the release of Hand of Fate: Ordeals, another Kickstarter board game that was based on the videogame of the same name. In the firm’s final announcement, co-founder Allen Chang said the firm was shutting down after “changes in the market, as well as several unsuccessful projects” had left it “no longer financially viable”.

Among these unsuccessful projects was a board game adaptation of the classic ’90s action film Terminator 2. Launched on Kickstarter in 2017, the crowdfunding campaign was cancelled mid-way through after reaching just over half its $36,000 / £26,400 target.

Wallace says he has since rethemed his Stellaris board game to a fantasy setting, retaining its core ‘train’-building mechanic with some adjustments. While he’s in talks with a publisher, he says he doesn’t yet have one signed up to release this second version of the game. 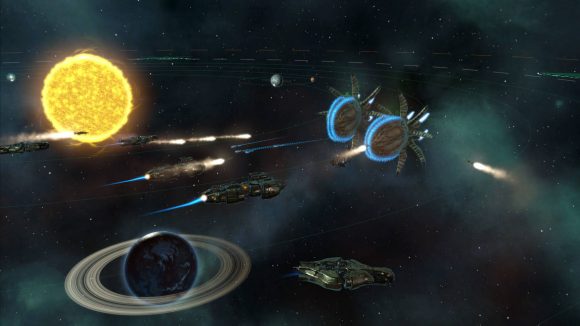 Wargamer contacted Paradox for more information about Wallace’s version of the Stellaris board game and was told by a representative: “the team and Paradox are unable to elaborate any further publicly as to why the original iteration of the game was shelved other than what is already out there.”

Martin Wallace is no stranger to adaptations. He designed the recently released Anno 1800 board game without even playing the original videogame, and worked on the first iteration of the Total War: Rome board game.

If you’re keen to find more great tabletop games to play, read our pick of the best board games, covering all genres and tastes.